Puerto Rico governor Ricardo Rossello announced Friday that the hospital ship USNS Comfort will return to San Juan, Puerto Rico. Comfort left Norfolk, Virginia on September 29, nine days after the hurricane made landfall on the island, and she arrived at a pier in Old Town San Juan on October 3. She departed two days later.

For the past three weeks, Comfort and her 800 embarked medical personnel have paralleled Puerto Rico's coast, accepting patients by means of helicopters and boat tenders to and from shore. Satellite AIS records through October 20 show that the Comfort maintained a distance of roughly 10-12 nm offshore, with occasional trips into international waters up to 60 nm from the island.

At present, patients need a government-approved referral from a hospital before they are flown aboard for treatment. The referral process has come under criticism, and some contend that it has become a bottleneck, restricting access and creating uncertainty among hospital administrators about how to send patients to the ship. As of October 27, Comfort has treated about 196 people, according to the Department of Defense – an average of about nine per day for the 250-bed facility.

Governor Rossello acknowledged difficulties with the referral system, and on Friday, he said that patients will not require a hospital referral to use Comfort's services when she returns to the pier in San Juan.

Early this week, Comfort's officers considered the possibility of calling at the port of Ponce, according to a Navy statement released Friday. Cmdr. Kenneth Davies, chief staff officer from Military Sealift Command (MSC) Afloat Mission Control East, and Comfort civilian mariners surveyed the harbor in order to determine whether its facilities would be suitable for docking the 900-foot-long, 33-foot-draft vessel. "This side of the island was hit harder than the other," said Gerald Butch, a civil service mariner embarked on Comfort. "We need to check out the harbor and what facilities they have." 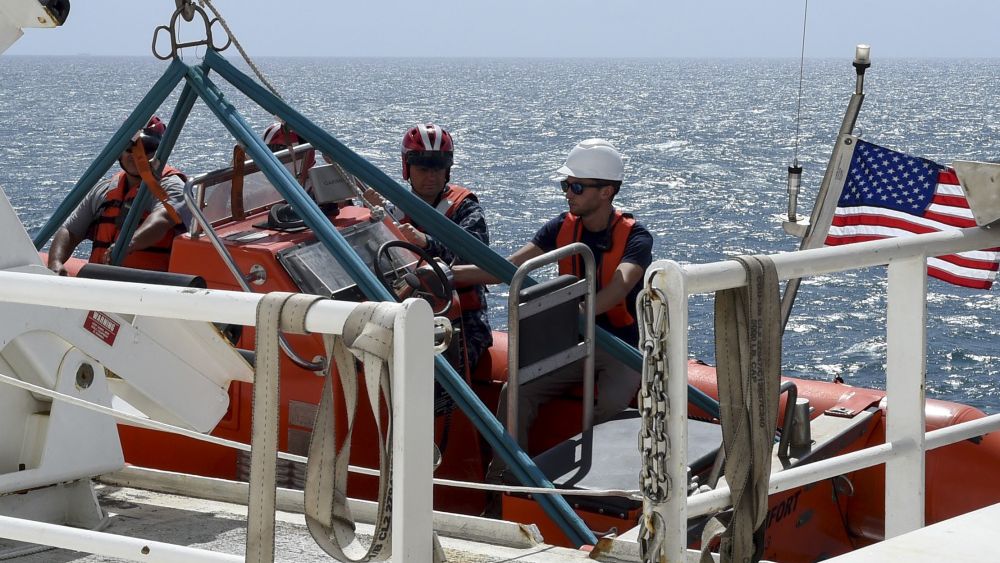 Cmdr. Davies and Comfort CIVMARs depart in a launch to survey Ponce’s harbor