Rotterdam Expansion Will Increase Container Capacity by a Quarter

Three people marooned for more than a month on a deserted island in the Bahamas were rescued after being spotted by a U.S. Coast Guard airplane while making a routine patrol of the region. The Coast Guard coordinated a rescue operation airlifting the three Cuban nationals from Anguilla Cay located about 45 miles north of Cuba and transporting them to a hospital for medical attention.

Speaking with the three individuals the Coast Guard reported that they had been sailing in the area approximately five weeks ago when a storm overwhelmed their boat. The three people told the Coast Guard that they had swum to the deserted island. They made makeshift shelters on the island and survived by drinking rainwater, and eating coconuts, conchs, and rats caught on the island. 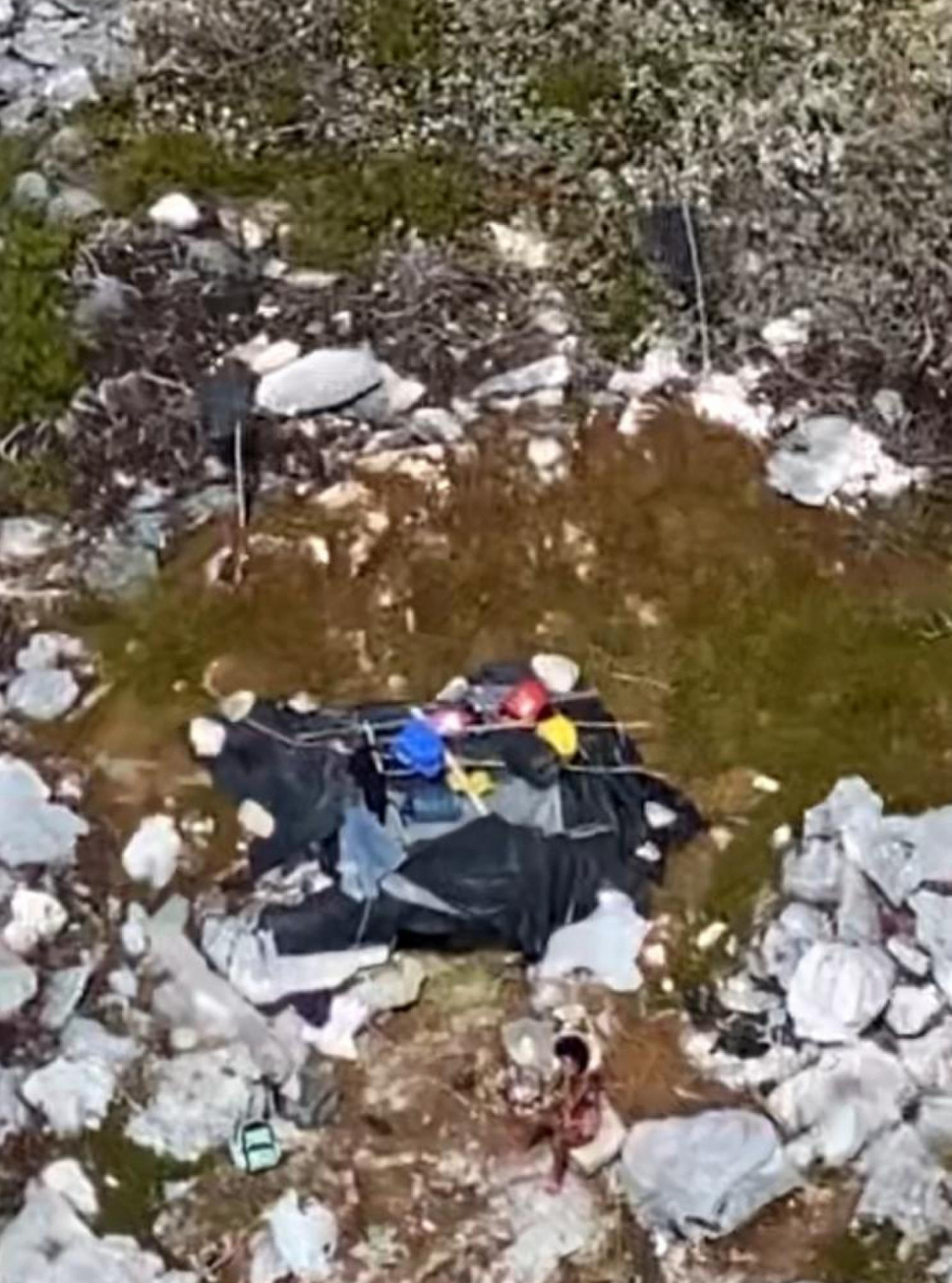 After being stranded on the island they made a makeshift shelter (Coast Guard Photo by Lt. Riley Beecher)

“Thanks to our aircrews diligently conducting routine patrols, we were able to spot people in distress and intervene," said Sean Connett, command duty officer at Coast Guard Seventh District. "This was a very complex operation involving assets and crews from different units, but thanks to good communication and coordination between command centers and pilots, we were able to safely get everyone to a medical facility before the situation could worsen."

The crew of the HC-144 Ocean Sentry based at the Coast Guard Air Station Miami was on a routine patrol when they noticed something unusual about the island. Flying at about 500 feet they spotted a flag and cross on the island and as the plane approached three people were waving a makeshift flag and trying to frantically signal to the aircrew. The aircrew later told a reporter for The New York Times that they had flown over the island many times before but something had seemed different as they approached this time.

After spotting the people, the aircrew circled the island dropping a radio to make contact with the people along with emergency supplies of water and food. They also alerted other crews and their base of the discovery. The New York Times reported that a second aircrew in the area dropped additional supplies including life vests and even personal food the crew had brought aboard for the flight. 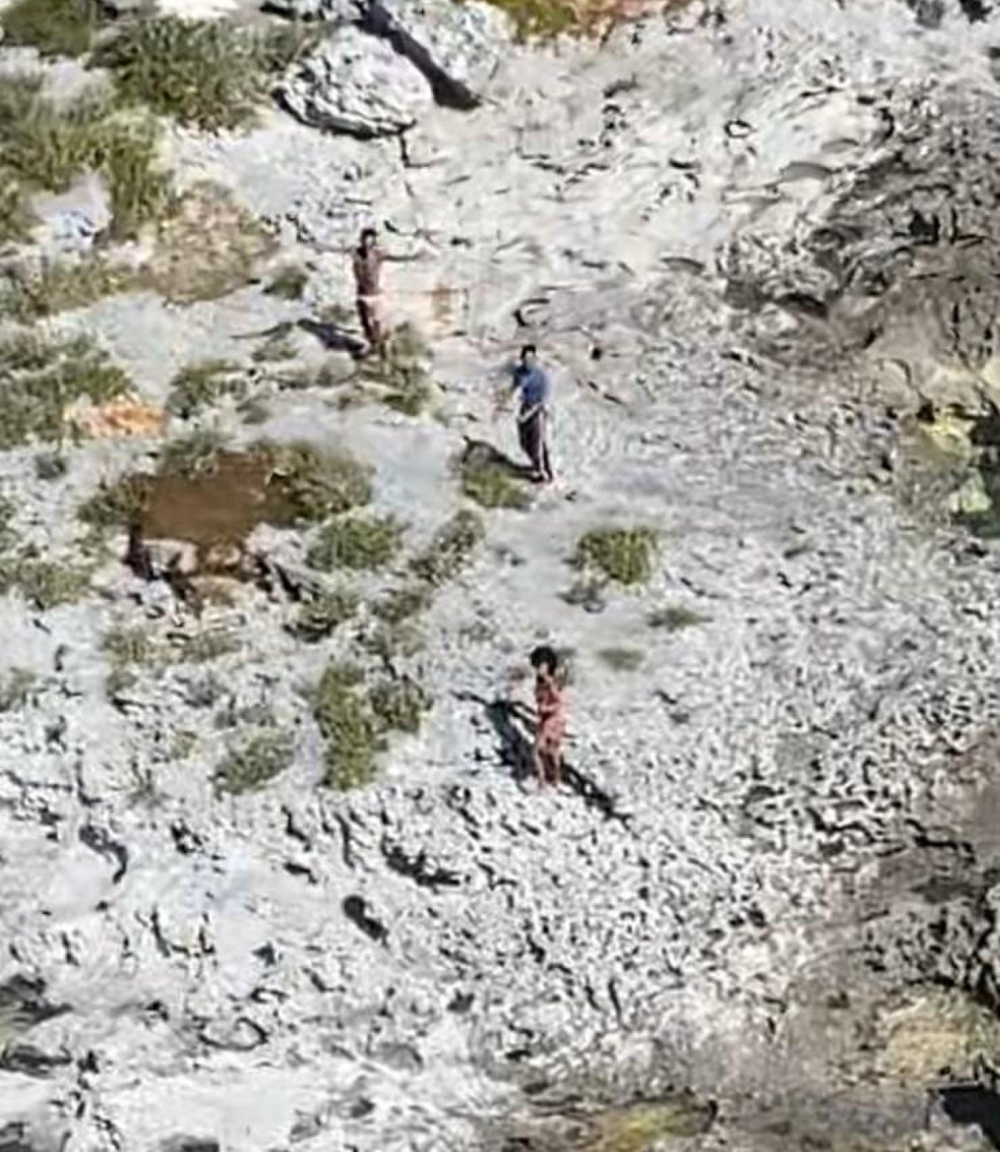 A Coast Guard MH-60 helicopter from Air Station Clearwater was deployed to the scene. They airlifted the three people from the island and transported them to a medical facility in the Florida Keys. No major injuries were reported.

One of the Coast Guard commanders said that the people were lucky to be alive based on the duration and exposure to the elements which can be quite harsh in the area. It was the first time they could remember a rescue of individuals stranded for their period of time.

[By Eli Huang] China’s new law giving the China Coast Guard more freedom to use force has increased the concerns of China’s neighbors. The Philippines filed a formal rejection of it on January 27, emphasizing that, given the large area involved and China’s ongoing disputes in the South China Sea, the law is a verbal threat of war to any country that defies it. On February 8, a week after the law came into effect, China’s largest maritime patrol vessel, Haixun 06 (??06), was launched from...

In a pair of separate studies released Wednesday, researchers at Woods Hole, the National Oceanic and Atmospheric Association (NOAA) and the New England Aquarium published two portraits of a species in decline. The North Atlantic right whale is critically endangered, with an estimated 360 individuals still alive in the wild, and it is acutely vulnerable to ship strikes and entanglement in lobster pot lines; the studies come as NOAA is preparing to finalize new fishing gear rules that are intended...

With the demand for container shipping continuing to rise, long-term contract rates are climbing to unprecedented highs according to new data from ocean freight market intelligence firm Xeneta. They report that all key shipping corridors registered steep increases since the beginning of the year, driven by continuing surging demand, lack of equipment supply, and spot rates that remain at peak levels. According to the latest XSI Public Indices report from Xeneta, rates soared by 9.6 percent month-on-month following January’s increase...

Rotterdam Expansion Will Increase Container Capacity by a Quarter

The Port of Rotterdam Authority awarded contracts for the expansion of its harbor facilities with the potential to increase by more than a quarter the annual container throughput as well as provide additional space for inland shipping and future expansion. The first sections of the new dock wall are expected to be completed in late 2022 as the port works to increase capacity to deal with the expected continuing growth in container volumes. “Particularly because of e-commerce, container volumes are...