Two Puerto Rico-based U.S. Coast Guard cutters intercepted $12 million worth of cocaine in two busts over the span of a week, according to the service.

The Tezanos' crew apprehended the suspects and seized the contraband. One member required medical care ashore and was medevaced to a hospital in Puerto Rico shortly after the interdiction. 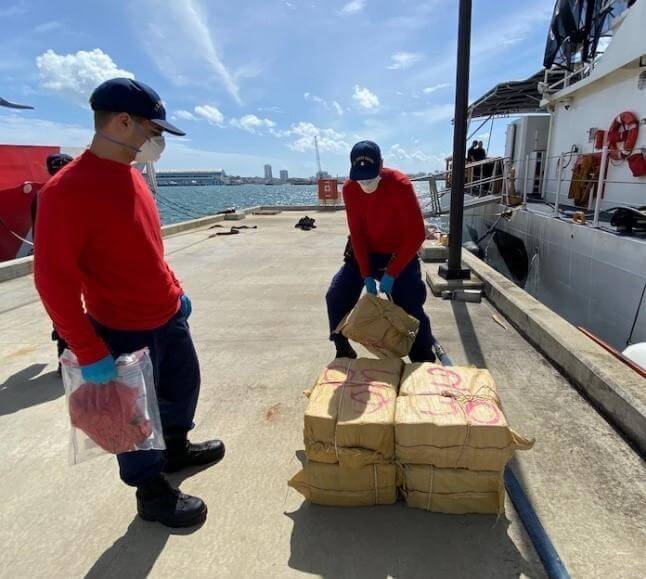 Cocaine seized by the crew of the USCGC Heriberto Hernandez (USCG)

On April 11, a CBP patrol plane spotted a suspicious vessel northwest of Aguadilla, Puerto Rico. Sector San Juan diverted the cutter Heriberto Hernandez, which arrived and intercepted a 25-foot go-fast boat. The vessel was carrying four men - again, all Dominican Republic nationals - and six bales of suspected contraband, which tested positive for cocaine. The cutter crew took the suspects into custody and seized the drugs.

“Safeguarding the nation’s southernmost maritime border is among our top priorities,” said Capt. Gregory H. Magee, Coast Guard Sector San Juan's commander. “You can expect to see many more of these interdictions from the Coast Guard and from our local and federal partners as we work together to stop drug smuggling go-fast vessels from making landfall in the Puerto Rico or the U.S. Virgin Islands.”