The Coast Guard cutter Active, nicknamed “Lil Tough Guy,” lived up to her reputation during a 46-day deployment to the Eastern Pacific Ocean. The cutter returned to her homeport of Port Angeles on December 18 with $159 million worth of cocaine seized during the mission to search for, detect, and stop, drug smuggling vessels.

In just 72 hours during her current missions, the Active’s crew interdicted two vessels, including a difficult to detect low-profile vessel (LPV), suspected of drug smuggling and seized approximately 4,200 kg of cocaine. These efforts resulted in the detainment of 13 suspected narcotics traffickers.

The US Coast Guard reports that the Active patrolled 10,056 total nautical miles off the coast of Central America, deployed with an armed Coast Guard MH-65 Dolphin helicopter crew from the Helicopter Interdiction Tactical Squadron (HITRON) in Jacksonville, Florida, which specializes in Airborne Use of Force (AUF) and drug-interdiction missions. Personnel from the Pacific Area Tactical Law Enforcement Team (TACLET) sailed with the Active and augmented the unit’s law enforcement capabilities, proving critical during interdictions. 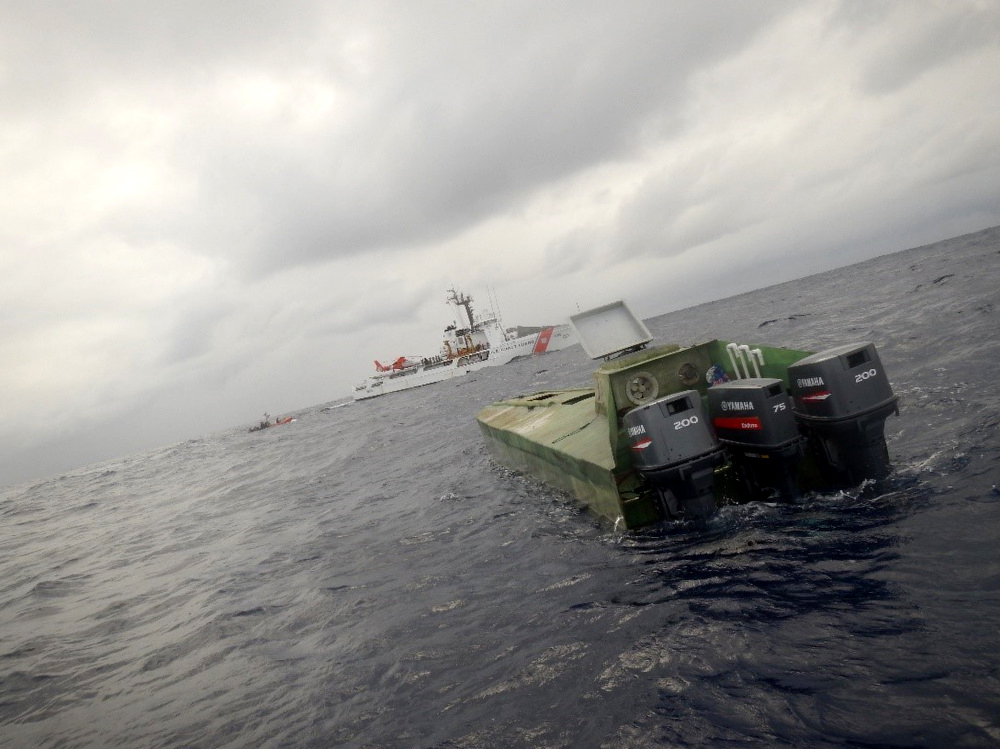 “The Active crew gave everything to this deployment. We proved our readiness by adapting to an unscheduled embarkation of a HITRON helo and seamlessly integrated that crew,” said Cmdr. James O’Mara, Active’s commanding officer. “We canceled port calls, extended patrol legs, stretched our fuel state and food stores to the limit, all in support of this mission. The crew answered the call, and they executed with distinction. Our success traces back to the support from our families – and these results serve as a capstone for an entire year of operational results, which have confirmed, for me, that no crew compares to Active. Period.”

The Active is a 210-foot medium endurance cutter homeported in Port Angeles and routinely deploys in support of counter-drug, migrant interdiction, fisheries, and search and rescue and homeland security missions.