US Coast Guard Offloads a Record $1.4 Billion in Illegal Narcotics

The U.S. Coast Guard conducted its largest ever offload of illegal narcotic seized in a series of interdictions coordinated by U.S. Canadian and Dutch forces. Coast Guard Cutter James' crew offloaded approximately 59,700 pounds of cocaine and 1,430 pounds of marijuana worth more than $1.4 billion, at Port Everglades on August 5.

The drugs were interdicted in international waters of the Eastern Pacific Ocean off the coasts of Mexico, Central and South America, and the Caribbean Sea, including contraband seized and recovered during a total of 27 interdictions of suspected drug smuggling vessels by 10 American, Dutch and Canadian ships.

"Today's offload is a result of our combined efforts of our inter-agency partners and a dedicated international coalition," said Vice Adm. Steven Poulin, Commander Atlantic Area. "The Canadian government and Canadian Defence Forces brings an incredible capability in defeating transnational organized crime, and I'm grateful to HMCS Shawinigan to showcase Canada's commitment. Together we will disrupt, defeat and degrade transnational organized crime. We will strengthen our efforts and continue to build collaboration and capability."

#BREAKING @USCG Cutter James, @RoyalCanNavy Shawinigan crews offloaded approximately 59,700 lbs of cocaine and 1,430 pounds of marijuana worth more than $1.4 billion, Thursday, at @PortEverglades, which is the largest offload in #CoastGuard history. More to come. pic.twitter.com/k7KuDBqkTM

Cutters home ported across Florida at Key West, Port Canaveral, Naval Station Mayport, and Pensacola, as well as in Charleston, South Carolina, participated in the interdictions. In addition, the Royal Netherlands Navy HNLMS Holland and the Canadian HMCS Shawinigan also made seizures. Numerous U.S. agencies from the Departments of Defense, Justice and Homeland Security along with the Coast Guard, Navy, Customs and Border Protection, FBI, Drug Enforcement Administration, and Immigration and Customs Enforcement, all cooperated in the efforts to seize the illegal narcotics before they arrived in the United States.

During at-sea interdictions, a suspect vessel is initially detected and monitored by allied, military or law enforcement personnel coordinated by Joint Interagency Task Force-South based in Key West, Florida. The law enforcement phase of counter-smuggling operations in the Eastern Pacific is conducted under the authority of the Coast Guard 11th District, headquartered in Alameda, California. The interdictions, including the actual boardings, are led and conducted by members of the U.S. Coast Guard. 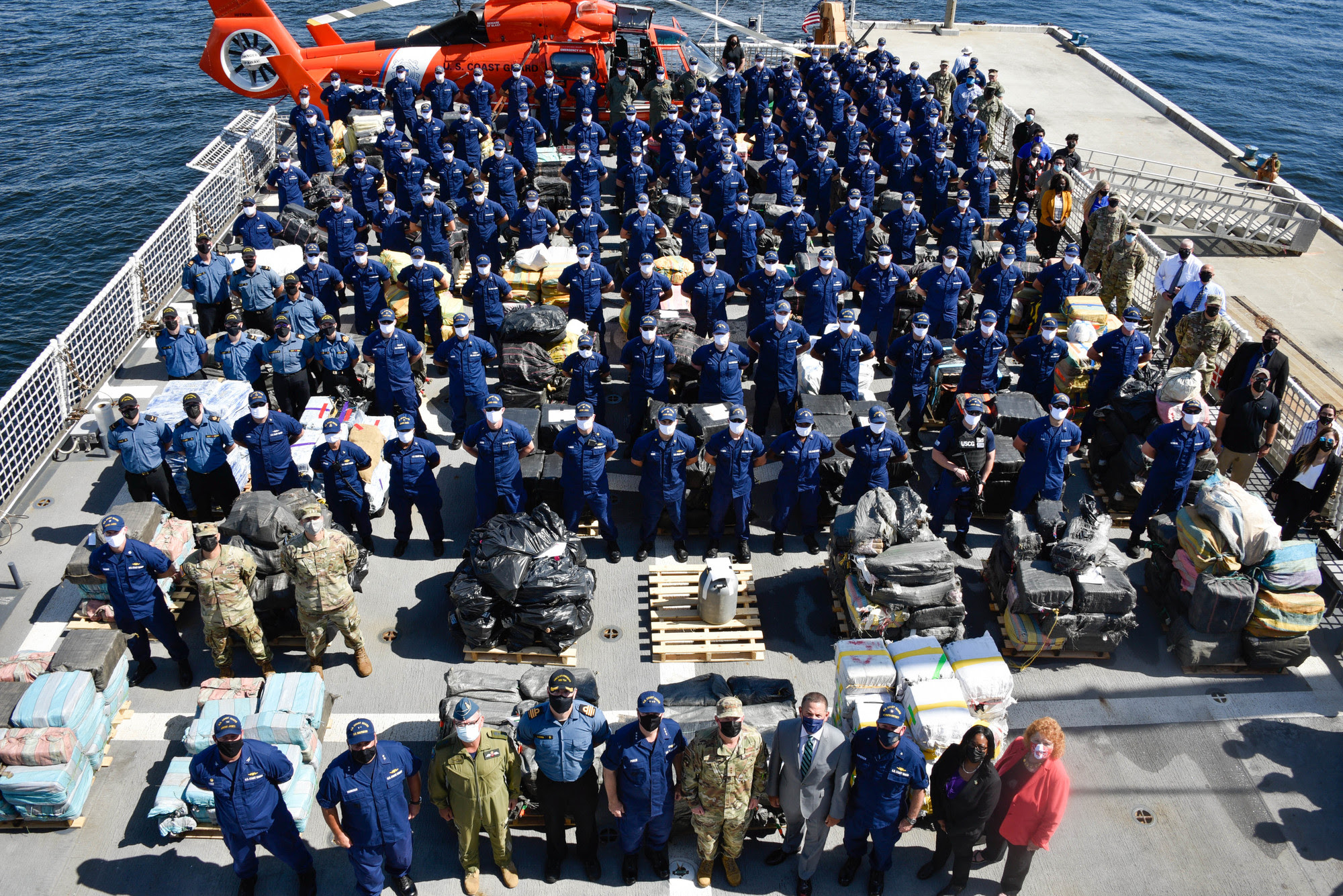 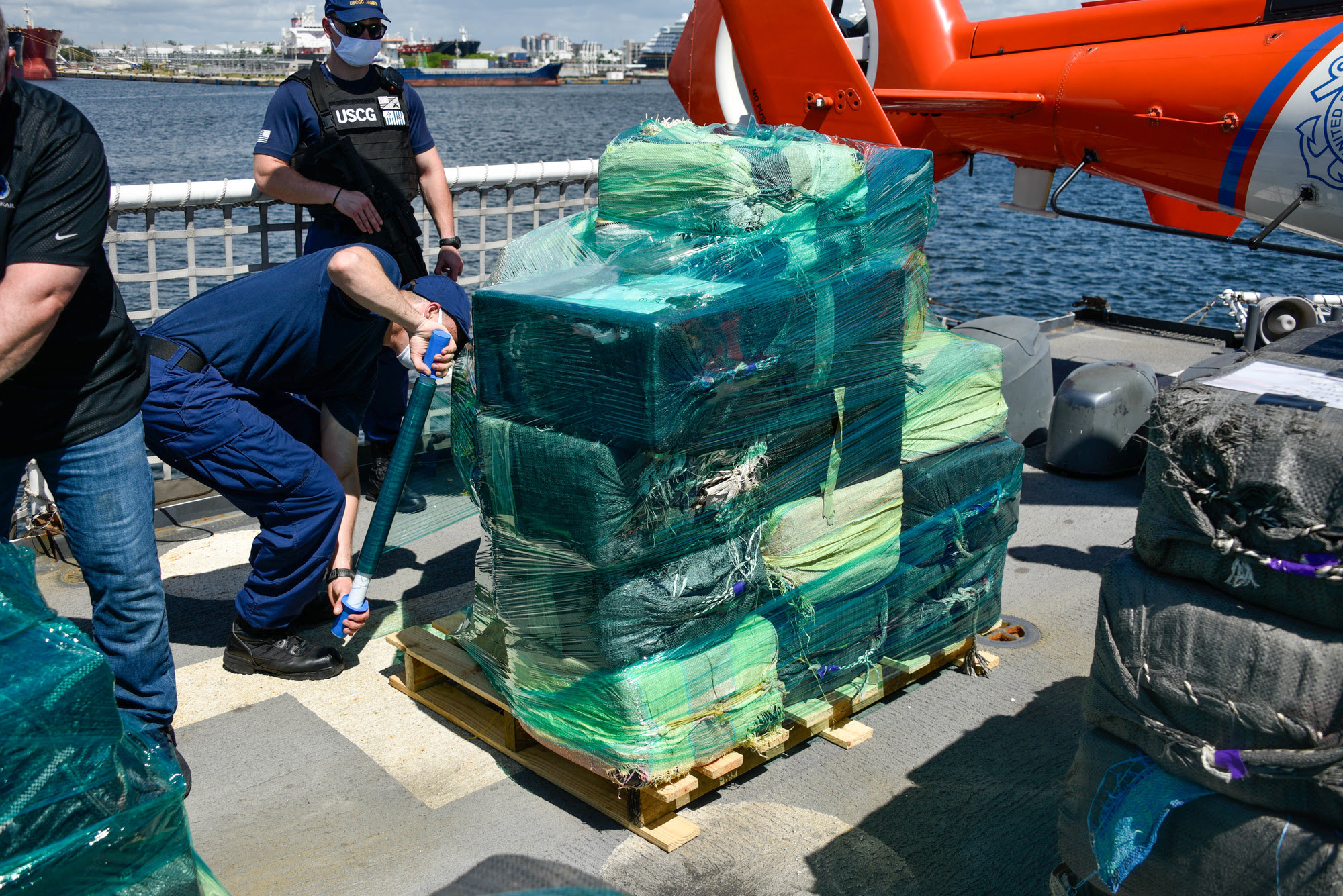