The U.S. Coast Guard will name the eleventh ship in its new Legend-Class National Security Cutter (NSC) program in honor of Elizebeth Smith Friedman, a pioneering code-breaker for the Coast Guard during the prohibition era and World War II.

Ordered in December 2018 and to be built at Huntington Ingalls Industries of Pascagoula, Mississippi, the NSC is considered to be one of the most technologically sophisticated vessels in the Coast Guard fleet. The 418-foot cutter is capable of operating in the most demanding open ocean environments around the globe, from the hazardous fishing grounds of the North Pacific to the vast approaches of the Eastern Pacific where crews battle transnational crime.

Replacing the 378-foot High Endurance Cutters, which have been in service since the 1960s, the Legend-Class cutters honor women and men who have a legendary status in the Coast Guard’s rich history. The names of the vessel are being chosen to honor individuals that reflect a proud diversity of missions, historical periods, and career backgrounds. 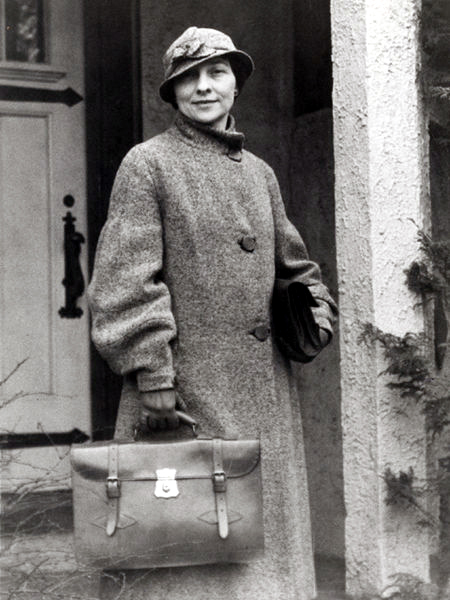 Known as "America's first female cryptanalyst," Elizabeth Smith Friedman is considered to the founder of the modern-day Coast Guard Intelligence Program. Her work with the Coast Guard began soon after the passage of the Volstead Act, which prohibited the manufacture, sale, or trade of alcohol in the United States. Liquor smugglers frequently made use of radios to coordinate their activities and began to encode their messages. Friedman was detailed by the Department of Treasury to the Coast Guard and between 1927 and 1930, she is estimated to have solved over 12,000 smuggling messages in hundreds of different code systems. Her work led to 650 federal prosecutions and she testified in 33 cases.

During World War II, Friedman was part of the team that broke the codes generated by the legendary German Enigma-machine. She also exposed a ring of German spies in South America. Her Cryptanalytic Unit eventually moved from Treasury and evolved into the modern Coast Guard Intelligence program. Only recently was her legacy fully appreciated when a journalist researched declassified papers to learn that she was pivotal in the German Enigma machine code-breaking as well as the Customs Prohibition operations.

The first NSC, the USCG Bertholf (WMSL 750) was commissioned in 2008. Eight of the vessel are currently commissioned operating from Alameda, California, Charleston, South Carolina, and Honolulu, Hawaii. A ninth NSC was christened in March 2020. The tenth and eleventh vessels were both ordered at the end of 2018. With robust command, control, communication, computers, intelligence, surveillance, and reconnaissance equipment, multiple small boats, and aviation capabilities, including unmanned aerial systems, the USCG says that the NSCs are well-suited for complex law enforcement and national security missions.