The U.S. State Department's ocean boundaries department has issued a comprehensive outline of the U.S. government's views of China's maritime claims in the South China Sea.

The South China Sea is a large, semi-enclosed sea surrounded by Brunei, China, Indonesia, Malaysia, the Philippines, Singapore, Taiwan and Vietnam. China claims sovereignty over the vast majority of the body of water under its sweeping "nine-dash-line" and "Four Sha" policies, including areas located hundreds of nautical miles from Chinese shores. The Permanent Court of Arbitration in the Hague rejected these claims in a landmark ruling in 2016, but China has broadly ignored the court's decision and has worked to shore up its regional presence, creating militarized island outposts and enlarging its maritime militia.

The 47-page State Department report is the latest in a long series of "Limits in the Seas" position papers, which are compiled and issued by the department's Bureau of Oceans and International Environmental and Scientific Affairs. The last time that the bureau published a paper on China's maritime claims was in 2014, and the new report is twice as long, reflecting the many changes over the past eight years.

In the study, the bureau lays out a detailed review of current U.S. policy on South China Sea maritime claims. It asserts that Beijing’s claims to sovereignty over more than one hundred land features that disappear below the sea surface at high tide are invalid, as they are not subject to any national claim. This means that they are not capable of generating any of the maritime zones that extend from a nation's shoreline, such as a territorial sea or an EEZ.

The State Department also dismisses China's use of straight baselines to enclose large swaths of the South China Sea within the bounds of its own territorial seas. "None of the four 'island groups' claimed by the PRC in the South China Sea . . . meet the geographic criteria for using straight baselines under [UNCLOS]," the bureau noted. The question is newly relevant because of China's developing interest in using island-based claims as the basis for its jurisdiction over the waters of the South China Sea, a retreat from its historic reliance on the 1947 "nine-dash line" chart created by Kuomintang cartographers. 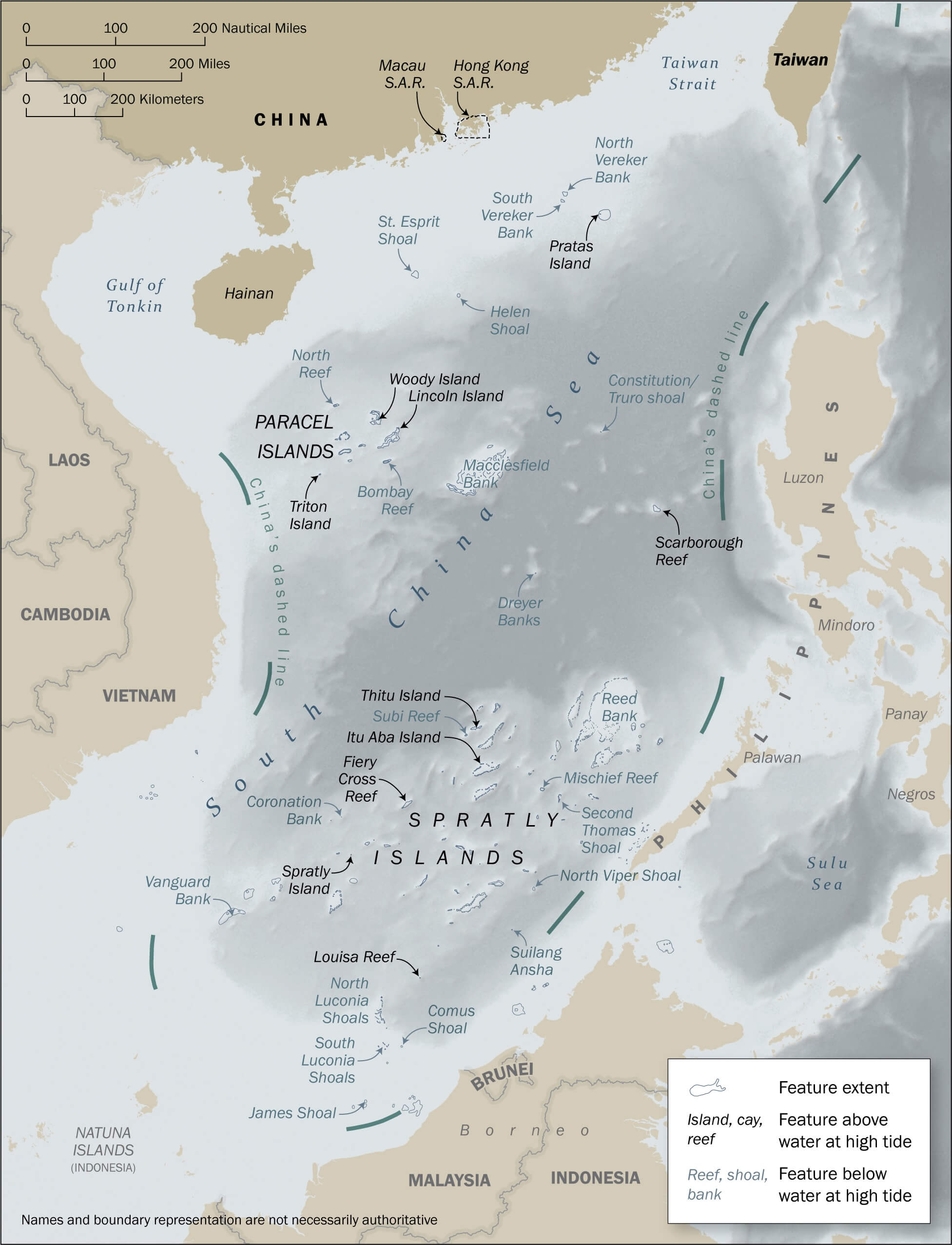 The bureau also dismisses China's assertion that it has “historic rights” to waters in the South China Sea, noting that there is no such category in UNCLOS.

“The overall effect of these maritime claims is that the PRC (People’s Republic of China) unlawfully claims sovereignty or some form of exclusive jurisdiction over most of the South China Sea. These claims gravely undermine the rule of law in the oceans and numerous universally-recognized provisions of international law,” said the bureau.