The U.S. Navy’s Seventh Fleet is conducting a series of exercises in the South China Sea. The increased activity, which the Navy terms a “freedom of navigation operation,” includes the first deployment of 2021 for the Carl Vinson Carrier Strike Group in the area as well as sending a destroyer into the area around the Spratly Islands, a region that China claims rights to and was included in the newly released maritime rules China issued last week. China responded to the U.S. activity calling it illegal and a violation of China’s sovereignty.

"The freedom of all nations to navigate in international waters is important, and especially vital in the South China Sea, where nearly a third of global maritime trade transits each year," said Rear Adm. Dan Martin, commander, Carl Vinson Carrier Strike Group.

The activity that specifically drew the Chinese criticism came on September 8, when an Arleigh Burke-class destroyer, USS Benfold transits the South China Sea and sailed within 12 miles of Mischief Reef, a portion of the Spratly Islands, that China is asserting are within its territorial waters and subject to the new maritime rules. The U.S. Navy said the destroyer was conducting routine underway operations. The Benfold is forward-deployed to the U.S. Seventh Fleet area of operations in support of a free and open Indo-Pacific.

“This freedom of navigation operation upheld the rights, freedoms, and lawful uses of the sea. USS Benfold demonstrated that Mischief Reef, a low-tide elevation in its natural state, is not entitled to a territorial sea under international law,” the Navy said in its official statement. 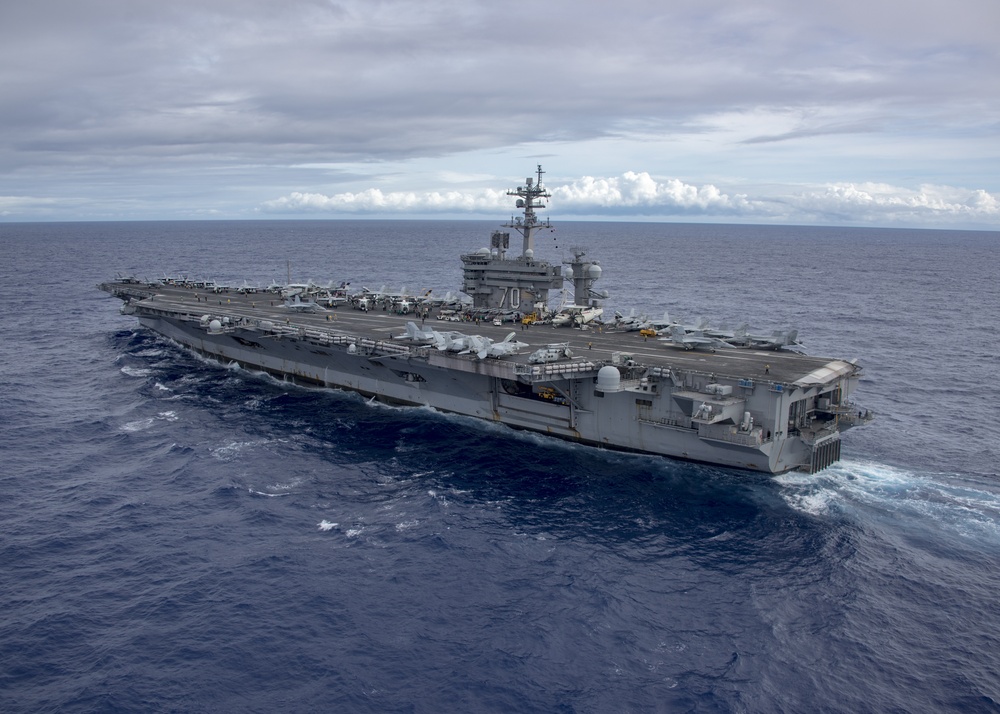 Under international law as reflected in the Law of the Sea Convention, features like Mischief Reef that are submerged at high tide in their naturally formed state are not entitled to a territorial sea asserted the U.S. Navy. Land reclamation efforts, installations, and structures built on Mischief Reef do not change this characterization under international law the Navy said responding to China which has built military facilities on the reef and asserted claims of sovereignty.

Chinese officials responded saying, "The activity has seriously violated China's sovereignty and security," accusing the U.S. of provocative actions. The Chinese said the U.S. entered the waters illegally and without Chinese approval.

“The PRC's statement about this mission is false. USS Benfold conducted this FONOP in accordance with international law and then continued to conduct normal operations in international waters,” the U.S. Navy responded in the war of words. “The PLA(N)'s statement is the latest in a long string of PRC actions to misrepresent lawful U.S. maritime operations and assert its excessive and illegitimate maritime claims at the expense of its Southeast Asian neighbors in the South China Sea.”

The Benfold has been conducting a series of exercises in the region this summer. In late July she transited the Taiwan Strait also in what the Navy referred to as conducting routine underway operations.

She is joined in the region by the Carl Vinson Carrier Strike Group which is deployed to the U.S. Seventh Fleet area of operations in support of a free and open Indo-Pacific region. While in the South China Sea, the Navy says the strike group is conducting maritime security operations, which include flight operations with fixed and rotary wing aircraft, maritime strike exercises, and coordinated tactical training between surface and air units. Carrier operations in the South China Sea are part of the U.S. Navy's routine presence in the Indo-Pacific.