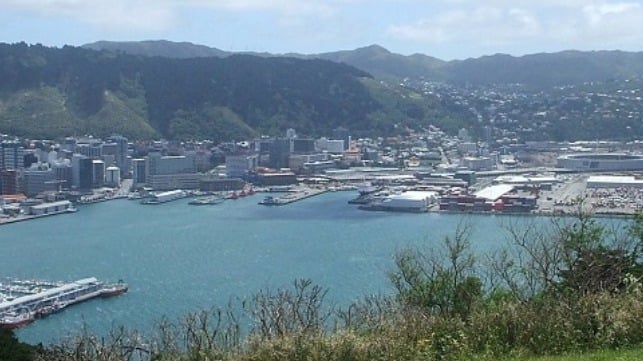 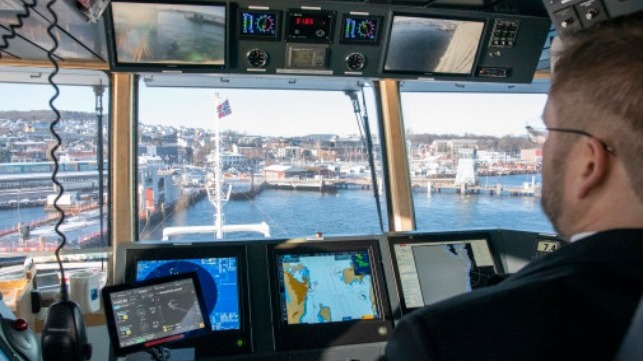 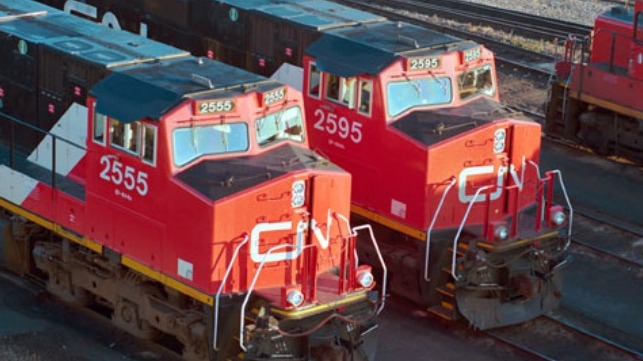 The crew of U.S. Coast Guard Cutter Mellon, including two Canadian fishery officers, returned to Seattle on Sunday after an 80-day patrol detecting and deterring illegal, unreported, and unregulated (IUU) fishing activity in the Pacific Ocean. The patrol was performed under the auspices of the Western and Central Pacific Fisheries Commission and the North Pacific Fisheries Commission.

Economists estimate that IUU fishing costs the international economy billions of dollars per year. By diminishing stocks, it undermines the livelihoods of legitimate fishermen around the world, with negative effects on food security in developing nations. According to the U.S. Coast Guard, combatting global IUU fishing through international partnerships is a priority for Canada and the United States.

“IUU fishing is one of the greatest threats to the ocean’s fish stocks,” said Capt. Jonathan Musman, Mellon’s commanding officer. “It was an honor to be on the front lines of enforcement efforts of the distant waters fishing fleets.” 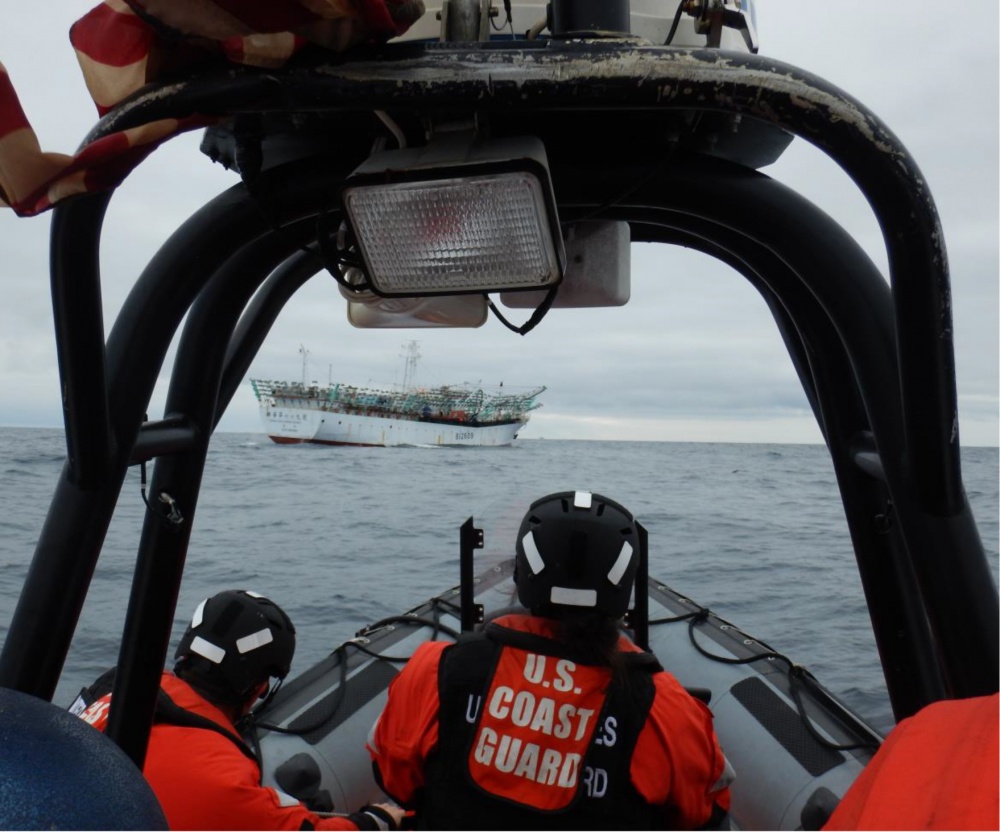 Boat crew from the cutter Mellon approaches a vessel for a boarding and inspection, North Pacific, August 13 (USCG)

This is the second joint operation between the U.S. Coast Guard and Canada's Fisheries and Oceans program this year. Along with the two fishery officers aboard the Mellon, Canada also provided fishery officers aboard a Dash-8 maritime surveillance aircraft operated by PAL Aerospace. The aircrew performed multiple missions over the North Pacific and Bering Sea using state-of-the-art radar and maritime surveillance tools. Canada shared the data from these flights with U.S. Coast Guard counterparts to support the Mellon’s patrol mission.

“Canada is serious about ending illegal, unreported and unregulated fishing,” said the Honourable Jonathan Wilkinson, Minister of Fisheries, Oceans and the Canadian Coast Guard. “By preventing fish and seafood products derived from IUU fishing from entering our ports, we will not only help level the playing field for Canadian harvesters and Canadian businesses involved in the fish and seafood trade: we are also sending a very strong message that Canada’s ports have zero tolerance for illegally caught fish.”

The director of Wellington-based Megisti Sailing Charters, Timothy James Newman, has been fined NZ$2,500 ($1,600) for being asleep at the wheel of the catamaran MV Megisti when it collided with the Port Howard Wharf in New Zealand.    Newman was asleep for about 20 minutes as Megisti motored with no one in control through one of the busiest parts of Wellington Harbour used by kayakers, boaties, cross-harbor ferries and oil tankers. Maritime NZ Central Compliance Manager, Michael-Paul Abbott,...

The world’s first adaptive ferry transit has been conducted in Norway, with the vessel fully loaded with passengers and vehicles. The transit demonstrated fully automatic control from dock to dock of the ferry Bastø Fosen VI using functionality developed by Kongsberg Maritime. The project is a collaboration between shipping company Bastø Fosen, Kongsberg and the Norwegian Maritime Authority (NMA). Øyvind Lund, CEO, Bastø Fosen, commented: “Today, at the press of a button, one of our vessels left the quay in...

More than 60 ships are waiting off the coast of British Columbia, Canada, as a result of supply chain disruptions caused by railway blockades. The blockades have been on-going for around nine days in support of the Wet'suwet'en hereditary chiefs' opposition to the Coastal GasLink pipeline, part of LNG Canada's export project in Kitimat. The pipeline would cross Wet'suwet'en territory, and protests have been held by local indigenous groups including the Tyendinaga Mohawk First Nation and the Gitxsan First Nation....