The U.S. Coast Guard and the National Oceanographic and Atmospheric Administration (NOAA) have identified the location of the lost Coast Guard cutter Bear, one of the most significant vessels in the history of U.S. Arctic exploration.

The seal hunting steamship Bear was built at Dundee Shipyard in Scotland in 1874, and she served the first ten years of her life in the Newfoundland sealing fleet. Her wooden hull was stout and heavy, with three layers of six-inch planking and an iron-plated bow for service in ice. In 1884, the U.S. Navy purchased her and put her immediately into service in the search for the lost Greely Expedition, an ill-fated U.S. Army mission to Ellesmere Island in the Canadian Arctic. Bear and three other vessels retrieved the seven survivors of the mission at Cape Sabine.

After this mission, the U.S. Navy transferred USS Bear to the U.S. Treasury for service in the Alaskan Arctic. She would serve the U.S. Coast Guard (and its predecessors) for the next 41 years. In the Alaskan Patrol, she was the sole federal presence in a far-flung frontier, ferrying government officials; holding trials; enforcing the law; conducting search and rescue; providing medical care; and taking soundings to improve safety of navigation. 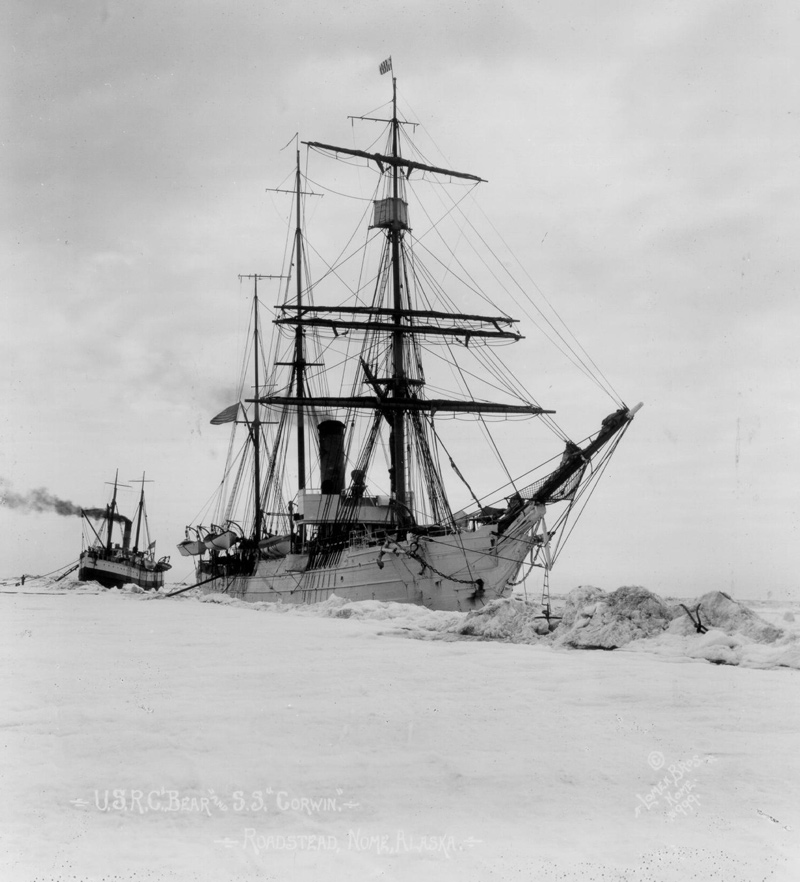 Under the command of her most famous C/O, Capt. "Hell Roaring" Mike Healy, the ship and her crew also helped introduce reindeer to Alaska, providing a new source of food for native tribes. The Bear also played a high-profile role in the famous Overland Rescue of 1897, when Bear's crew rescued the crews of eight icebound whaling ships near Point Barrow - driving a herd of the same reindeer with them to provide the survivors with food and transport.

She continued her work in the Arctic until 1926, when she retired to Oakland and became a museum ship. Not one to sit idle for long, she was purchased and put back into service for the Byrd Expedition to Antarctica in 1931, then recommissioned into the Navy in 1939 - just in time to get ready for WWII. In the Second World War, she served in the Greenland Patrol in the northeast Atlantic until 1944, when she was replaced by a more modern vessel.

In 1948, Bear was resold into commercial sealing service once more, but the market for seal fur was not what it once was, and she lay idle at berth for many years. In 1962, she was resold and refitted for use as a floating restaurant. While under tow to Philadelphia, her new commercial home port, she went down in a storm about 100 nm off the coast of Nova Scotia. One of her masts collapsed in the gale and punched through the hull, sending her below.

Her location was lost to the world until 2019, when a new Coast Guard vessel of the same name - the medium-endurance cutter USCGC Bear - located two possible targets for the wreck site during a sonar survey.  U.S. Coast Guard and NOAA researchers returned to the area earlier this year on the USCG buoy tender Sycamore, bringing a remotely operated vehicle (ROV) equipped with high-resolution underwater video cameras. Despite challenging conditions on site, the team managed to obtain footage that positively identified the wreck as the Bear.

“Several elements were fundamental considerations for the identification,” said NOAA maritime heritage coordinator Joe Hoyt at a news conference this week. "It was within a few miles of where we expected it to be. The consistency and general dimensions in the layout of the vessel, the lack of an engine, but evidence of engineering space consistent with the historic record. It had an engine that had been [removed] prior to its loss."

In addition, video of the wreck's forefoot - the very bottom of the bow - showed five iron bow staples matching the appearance of the Bear's construction, as documented by period photos of shipyard repairs. The ROV search also found a large iron casting believed to be Bear's propeller post. 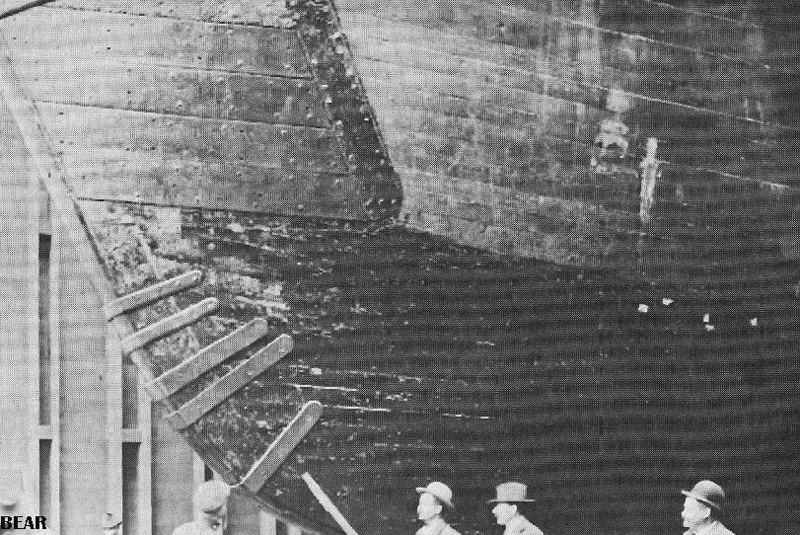