On Friday, President Donald Trump announced that his administration will remove fishing restrictions in the Northeast Canyons and Seamounts Marine National Monument, drawing praise from fishermens' groups and criticism from environmentalists.

The reserve was designated by President Barack Obama in late 2016, and it is the first marine national monument in the Atlantic. According to the National Oceanographic and Atmospheric Administration, the monument contains "fragile and largely pristine deep marine ecosystems and rich biodiversity, including . . . many rare and endemic species, several of which are new to science and are not known to live anywhere else on Earth."

Recreational fishing was allowed in the reserve, and crab and lobster fishing were permitted until September 2023. Other commercial fishing - or even possessing commercial fishing gear on deck - was not permitted within the 5,000-square-mile region. The Trump administration's decision has removed all fishing restrictions. 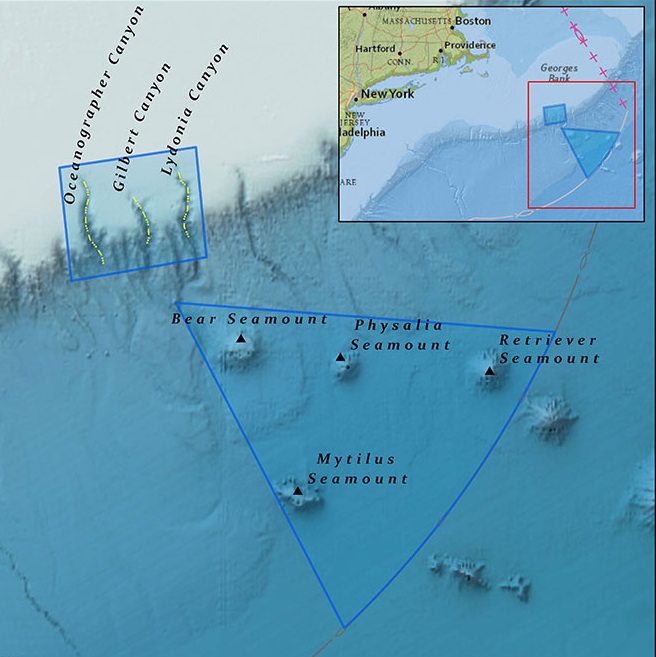 It is Trump's second decision to limit the protections afforded by a national monument, following the administration's attempt to reduce the size of Bears Ears and Grand Staircase National Monuments. That action is currently in litigation.

The Natural Resource Defense Council (NRDC) already plans to sue to block the administration's decision on fishing in Northeast Canyons.

“These fragile, extraordinary ocean areas are full of 1,000-year-old corals, endangered whales, and other precious marine life,” said Brad Sewell, the senior director of the NRDC's Oceans Program. “Commercial fishing poses a range of threats, such as harm to deep-sea corals from heavy fishing gear and entanglement of marine mammals and fish in thick lines and nets."

Steve Mashuda, managing attorney for oceans at EarthJustice, noted that the president's proclamation fell on World Environment Day and at the start of National Oceans Month. "We condemn this action . . . and are looking at every tool we have to support the fight against this," Mashuda said.

Mashuda also referred to the administration's recent order to all federal agencies to accelerate or bypass review under the National Environmental Policy Act (NEPA) for infrastructure and resource extraction permitting. The order could potentially affect export terminals, roads and rail lines, pipelines and other major infrastructure projects. The order also calls on agencies to use emergency review policies for Endangered Species Act compliance where possible.