A Guinean-flagged fishing trawler detained and under investigation by Liberian law enforcement authorities was arrested by the Liberian Coast Guard, with assistance from Sea Shepherd, as it attempted to evade justice by fleeing detention on March 15, 2018.

Taking advantage of a national holiday in Liberia, the F/V Benty 1 endeavored to make a  break for international waters. A Liberian Coast Guard Boarding team on board the Sea Shepherd vessel M/Y Sam Simon intercepted the vessel seven nautical miles from the border between Liberia and neighboring Sierra Leone.

Investigators discovered the F/V Benty 1 to be in poor condition, with water entering through the shaft propeller requiring bilges to be pumped out once an hour. On boarding, the F/V Benty 1 allegedly feigned mechanical failure and was towed back to the Port of Monrovia where she was remanded in custody.

Since February 2017, under the name Operation Sola Stella, Sea Shepherd has been assisting the Government of Liberia to tackle illegal, unreported and unregulated (IUU) fishing by providing the use of a civilian offshore patrol vessel operating in Liberian waters under the direction of the Liberian Ministry of National Defense. The operation has resulted in the arrest of 11 vessels for IUU fishing. Developing countries are particularly vulnerable to IUU fishing, which accounts for up to 40 percent of the fish caught in West African waters.

In 2016 Sea Shepherd partnered with the government of Gabon for Operation Albacore, resulting in over 80 fishing vessel inspections at sea and the subsequent arrest of five IUU Congolese fishing trawlers and one Spanish long-liner. 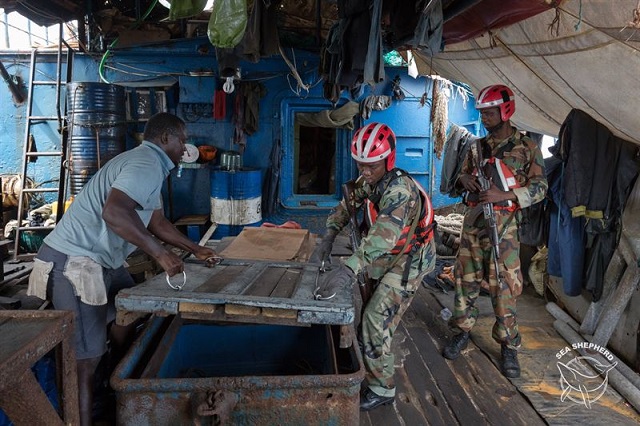 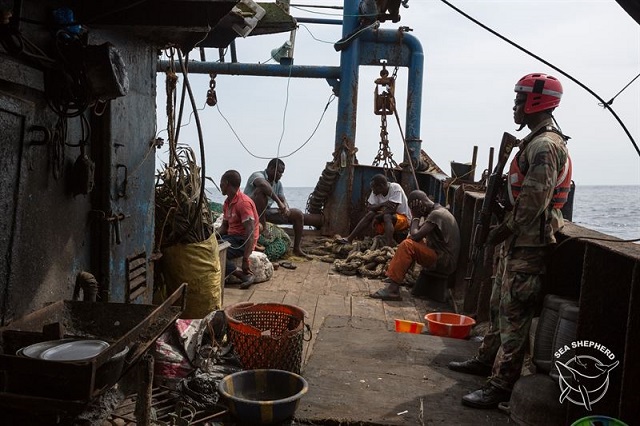