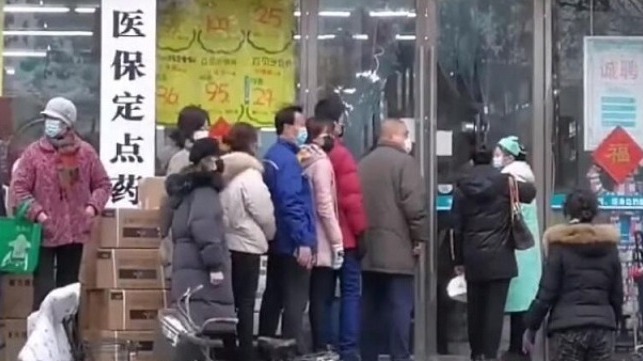 The analysis shows that while the riskiest two ports are in Japan (Nagoya — $2.3 billion) and China (Guangzhou — $2 billion). Six of the ten ports most at risk are in the U.S. with Asia-Pacific and European ports also a major concern.

It is not just the biggest container hubs that have a high risk of loss. Smaller ports in the U.S. such as Plaquemines, and Pascagoula as well as Bremerhaven in Germany also feature in the ranking due to their cargo type and the natural hazards they face.

The findings are expected to cause concern among marine insurers and reinsurers coming after four years of marine catastrophes which have generated billions of dollars in marine insurance losses: 2015 Tianjin explosion (more than $3 billion), 2012 Superstorm Sandy (estimated to be a $3 billion marine loss of which approximately $2 billion was cargo loss), and the 2011 Tohoku earthquake and tsunami.

Ports at Risk of Highest Losses

Chris Folkman, director, Product Management at RMS, said: “Surprisingly, a port’s size and its catastrophe loss potential are not strongly correlated. For example, while China may be king for volume of container traffic, our study found that many smaller U.S. ports rank more highly for risk - largely due to hurricanes. Our analysis proves what we’ve long suspected, that outdated techniques and incomplete data have obscured many high-risk locations. The industry needs to cease its guessing game when determining catastrophe risk and port accumulations.”

While the use of containers in shipping has hugely benefitted the global economy, it has increased catastrophic risk exposures for marine insurers due to the increasing size of ships and the increasing capacities of ports and storage facilities. Larger vessels have rendered many river ports inaccessible forcing shippers to rely on seaside ports, which are more vulnerable to hurricanes, typhoons and storm surge. Furthermore, many ports are built on landfill, amplifying their vulnerability to earthquake risk.

“The value of global catastrophe-exposed cargo is huge and is expected to continue growing,” continued Folkman. “After so much catastrophe loss to the cargo line since 2011, it is clear that ‘good enough’ modeling techniques are no longer fit for purpose. Better data and modeling will enable more effective portfolio management and underwriting for this dynamic line of business.”

To conduct the analysis RMS marine risk experts used the new RMS Marine Cargo Model, the insurance industry’s first marine cargo and specie risk tool, to calculate the 1-in-500 year loss for each port. The team employed the model’s geospatial analysis of thousands of square kilometers of satellite imagery across ports in almost 80 countries and its proprietary technique for allocating risk exposure across large, complex terminals to assess the ports’ exposure and accumulations at a granular level never achieved before in the marine sector, to highlight the risk of port aggregations.

Losses are based on a 500-year return period, which means a catastrophic event or combination of events of at least the indicated size, which carry a 1 in 500 chance of occurring in any given year.

Losses were calculated using RMS catastrophe models, which simulated several million windstorms, hurricanes, typhoons, storm surges and earthquakes. High-resolution cargo data was the key input to the models, which calculated the principal hazards at each port, their impact on cargo and the resulting financial loss. Factors influencing the loss outcome including salvage values, cargo packaging, structural protection and port elevation were taken into account.