The recently released UNCTAD Review of Maritime Transport 2017 offers a snapshot of the world fleet which, at the beginning of 2017, had a commercial value of $829 billion.

For the fifth year in a row, world fleet growth has been decelerating. The commercial shipping fleet grew by 3.15 percent in 2016, compared with 3.5 percent in 2015. Three countries – South Korea, China and Japan – built 91.8 percent of world gross tonnage in 2016. Among these, the South Korea had the largest share, with 38.1 percent. Four countries – India, Bangladesh, Pakistan and China – together accounted for 94.9 percent of ship scrapping in 2016.

The top five shipowners in terms of cargo carrying capacity (dwt) are Greece (309 million dwt), Japan, China, Germany and Singapore. Together, these five countries have a market share of 49.5 percent of dwt. Only one country from Latin America, Brazil, is among the top 35 shipowning countries; none are from Africa.

In terms of vessel numbers, China is the leading shipowning country (5,206 ships of 1,000 gross tons and above), including many smaller ships deployed in coastal shipping. The share of shipowning by the traditional maritime nations in Europe and North America has continued to decrease, while that of middle-income developing countries, especially from Asia, has increased.

Shipowning is not a high-technology industry that would require the latest, most sophisticated technologies and thus provides opportunities for emerging economies. At the same time, shipowning is not a labor-intensive business, where low-wage countries could benefit from any cost advantage – as is the case for ship scrapping. It is for this reason that middle-income countries in particular have increased their market share over the last decades, while the least developed countries are not among the world’s major shipowners.

A somewhat different picture emerges if the estimated commercial value of the fleet is considered. Here, the U.S. fleet leads with $96 billion, followed by Japan, Greece, China and Norway. The average value per ship of owners from Qatar is $75 million, reflecting its fleet of expensive liquefied natural gas tankers and other specialized tankers. In comparison, Indonesia, Thailand and Vietnam own fleets with low unit values. Indonesian-owned fleets have an average commercial value of $3.6 million per vessel, reflecting the large number of smaller and older general cargo ships and ferries that are employed in inter-island transport.

Gas carriers of LNG recorded continued high growth (+9.7 percent); growth was also recorded in the oil tanker (5.8 percent) and chemical tanker (4.7 percent) segments. In contrast, a long-term decline continued in the general cargo ship segment, which experienced negative growth (-0.2 percent); its share of world’s tonnage is currently four percent, down from 17 percent in 1980.

At the beginning of 2017, the average age of the commercial fleet was 20.6 years, representing a slight increase over the previous year. Fewer newbuildings than at the beginning of the decade, combined with similar scrapping levels, have led to an aging fleet. Compared with historical averages, however, the world fleet is still relatively young, especially in the bulker and container segments.

Ships flagged in the developing economies are on average 10 years older than those flagged in developed economies, and among the different vessel types, general cargo ships are the oldest (more than 25 years), and dry bulk carriers are the youngest (less than nine years). 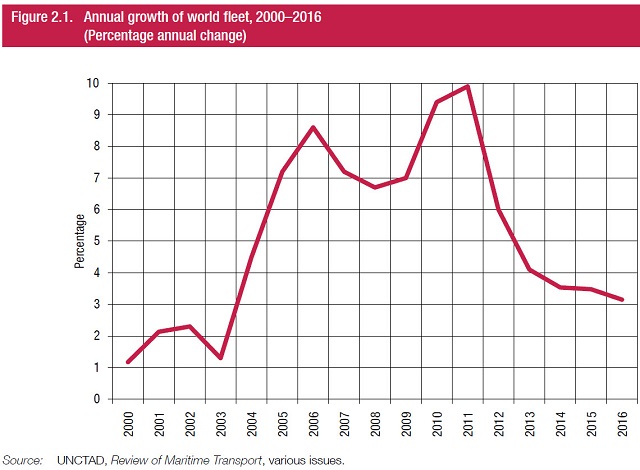 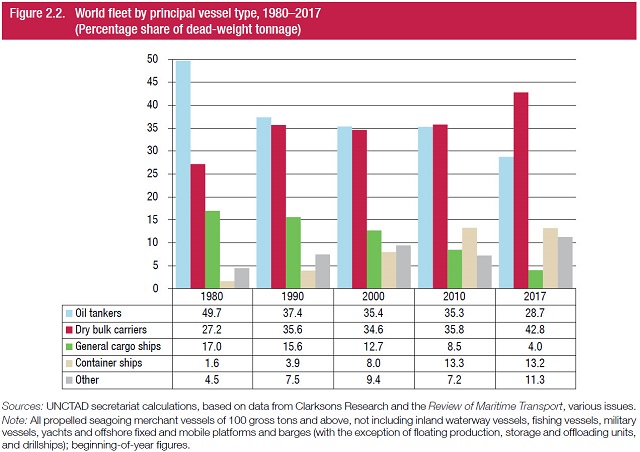 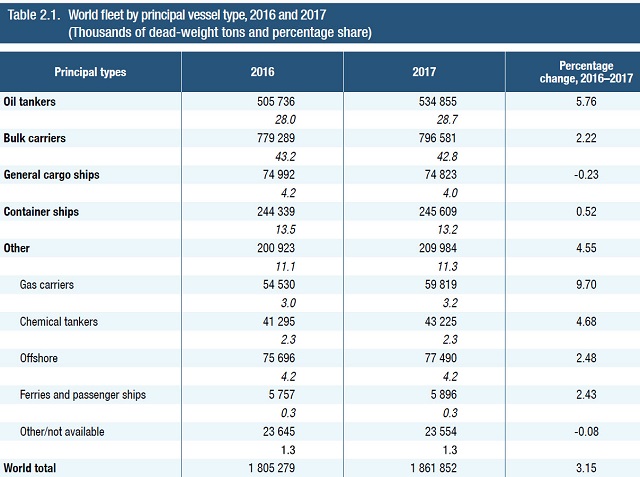 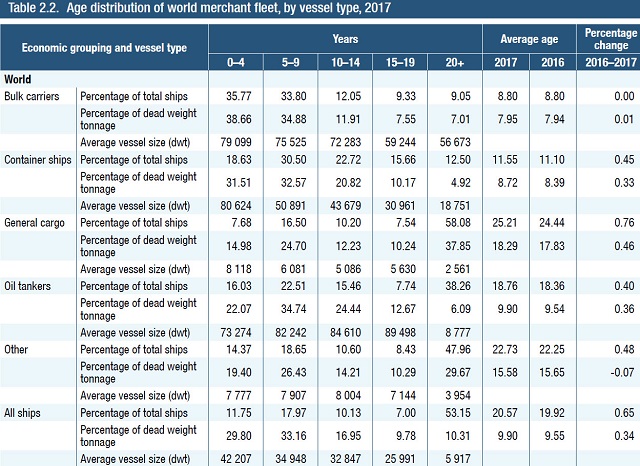 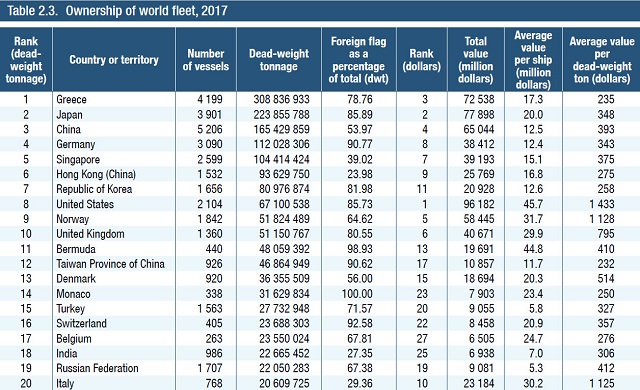 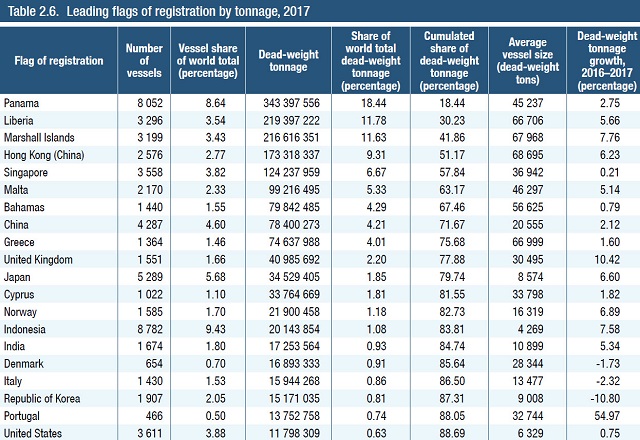