South Korea has commenced the selection process for a salvage company to raise the ferry Sewol which sank in April last year killing 304 people.

The bidding is open to local and foreign companies. 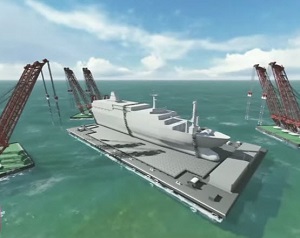 The 6,800-ton passenger ferry sank while en route to the country’s southern resort island of Jeju, and there are nine people still missing.

The country’s Ministry of Oceans and Fisheries announced that the bidding process could take three months.

The plan is to have the salvage completed by October next year. Work is likely to commence in October this year, and is expected to cost around $93 million.

The ferry is expected to be significantly corroded. It is located on the seafloor of the Maenggol Channel which is known for its strong and potentially dangerous currents. 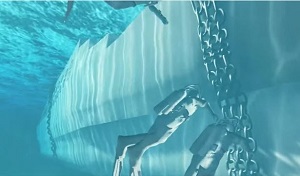 As with the raising of the Costa Concordia, salvors will need to consider whether the vessel can be raised as a single piece, thus reducing the chance of any bodies still in the wreck being lost or damaged in the process. But, it is not certain that bodies will be recovered, as divers have already searched the vessel extensively. Divers spent several months searching with two dying as a result.

Yonhap news agency reports ruling Saenuri Party lawmaker Kim Jin Tae as saying on Facebook that it is “very regrettable that the current atmosphere doesn’t let us say “No” to salvaging the ship. There shouldn’t be any other victims during a salvage job that’s going to be much more difficult than the search for victims was.”

Various plans have been proposed for the vessel’s salvage. One involves divers drilling 93 holes in the side of the vessel so it could be tied to two cranes which would then be used to lift it about three meters (10 feet) off the sea floor. It could then be moved to a safer location for lifting, or on to submersible floating dock.