Taiwan’s Coastguard Administration was called on to rescue the crew of a general cargo ship that had gone aground in the Taiwan Strait on October 17 during the latest typhoon to hit the region. Gale force winds complicated the rescue operation, but all 14 crew were successfully removed by helicopter.

The crew of the 5,500 dwt cargo ship Fortune (registered in Panama) issued a distress call Sunday morning reporting that the vessel had lost power and was drifting in the storm. Weather conditions were reported to be poor with heavy rain, storm force wind between 35 and 45 mph with gusts toward 60 mph. The seas were running at approximately 20 feet.

The cargo ship had departed from Fuzhou, China heading east in the Taiwan Strait.

The crew had attempted to anchor the 328-foot-long vessel in its position west of Taiwan. The crew told the Coastguard that the vessel drifted for about seven nautical miles dragging its anchors before coming to rest on the rocky shore of Jibel (Bird) Island mid-afternoon on October 17.

Three patrol boats were dispatched but reported that sea conditions were too difficult to reach the vessel and carry out a rescue. Initially, a fixed-wing airplane was sent to do reconnaissance but was also forced to turn back.

Coastguard helicopters were finally able to reach the vessel and transported the 14 crew in two batches to shore. They were taken to a local airport and later to a hospital for COVID-19 testing.

The Coastguard is continuing to monitor the Fortune for possible damage or oil leaks. A plan for refloating the vessel will be prepared after the seas calm. 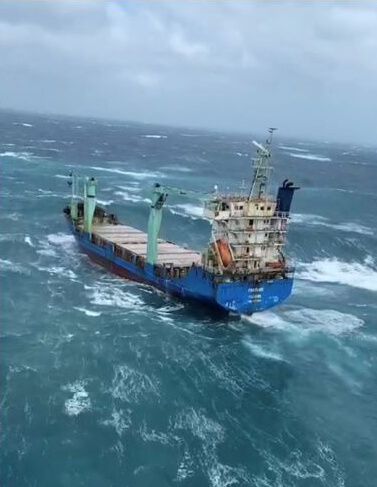 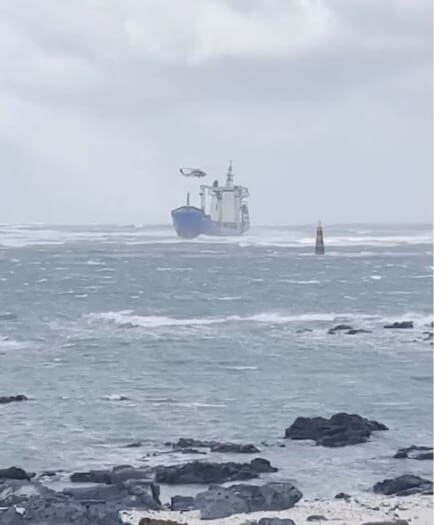