U.S. Senators Charles Schumer and Kirsten Gillibrand have called on the Coast Guard to solicit more input from the public before creating designated barge anchorages on the Hudson River – a scenic region better known for tourism and riverfront estates than for maritime trade.

Senators Schumer and Gillibrand called on the Coast Guard to work with all relevant local, state and federal agencies to examine the impact of the anchorage designation before reaching a decision.

The ten anchorages would be sited between Kingston and Yonkers, with the largest clusters near Kingston and Newburgh. Among other objections, the opponents of the plan have raised the prospect of noise and light pollution "detracting from municipalities’ revitalization efforts," which are centered on tourism.

A letter filed by lawyers for non-profit advocacy group Riverkeeper says that during past anchorage usage, "local residents complained of 'stadium lighting' on the barges and generator noise throughout the night."

Local officials echoed these concerns, suggesting that several anchorage locations would be within view of local riverfront attractions.

However, proponents suggest that the rule does not actually represent a change. “This has been custom and practice for hundreds of years,” said Edward Kelly, executive director of the Maritime Association of the Port of New York/New Jersey, speaking to local media. “It’s not like suddenly these things are going to show up and mar people’s viewsheds.” He added that tugs and barges have long anchored in these locations in order to wait out poor weather.

Riverkeeper called for a formal environmental impact statement, an economic analysis and a series of public meetings to discuss residents’ concerns. 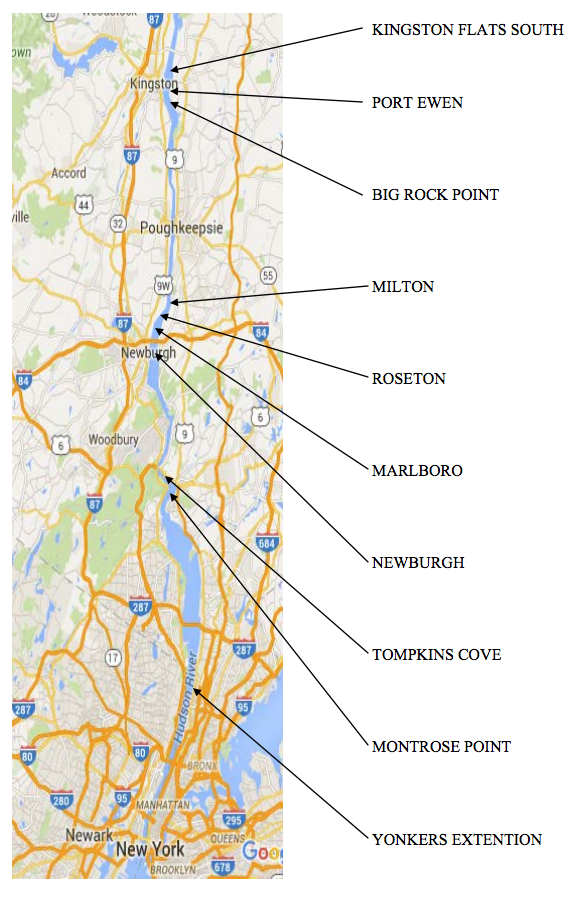