Marine seismic surveys could cause a two to three-fold increase in mortality in zooplankton, new research from Australia has shown.

Scientists from the University of Tasmania's Institute for Marine and Antarctic Studies and Curtin University studied the impact of commercial seismic surveys on zooplankton populations by carrying out tests using seismic air guns in the ocean off southern Tasmania.

The research found that the air gun signals caused an increase in mortality from 18 percent to 40-60 percent. Impacts were observed out to the maximum 1.2 kilometer (0.75 mile) range tested, 100 times greater than the previously assumed impact range of 10 meters (33 feet). All larval krill in the range were killed after the air gun’s passage.

Lead author of the study published in Nature Ecology and Evolution, Curtin University's Associate Professor Robert McCauley, said: “Zooplankton underpin the health and productivity of global marine ecosystems, and what this research has shown is that commercial seismic surveys could cause significant disruption to their population levels.”

This 'hole' or region of lowered zooplankton presence was symmetric about the air gun line and increased through time. “We counted the number of live and dead zooplankton collected in nets using a special staining technique and found that two to three times as many zooplankton were dead following the air gun operations than those collected before,” Semmens said.

Plankton is composed of phytoplankton (plants) and zooplankton (animals), which drift or swim near the surface of the ocean. There are two main groups, permanent members, such as diatoms, amphipods and krill, and temporary members, such the larvae of crustaceans and fish. They are key components of marine ecosystems, forming the base of most marine food webs.

“Plankton underpin whole ocean productivity,” says McCauley. “Their presence impacts right across the health of the ecosystem so it’s important we pay attention to their future.” 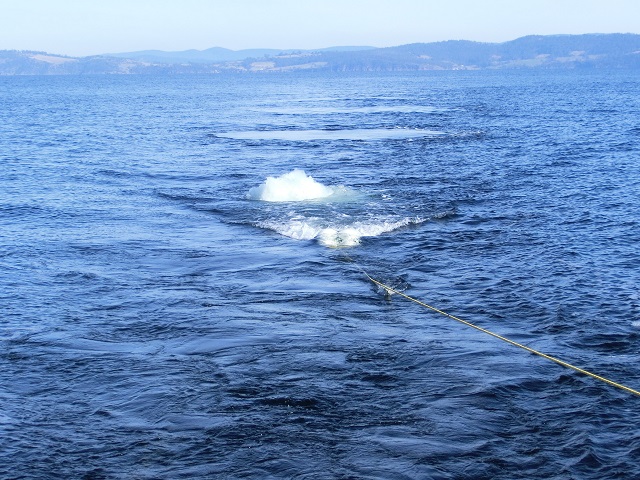 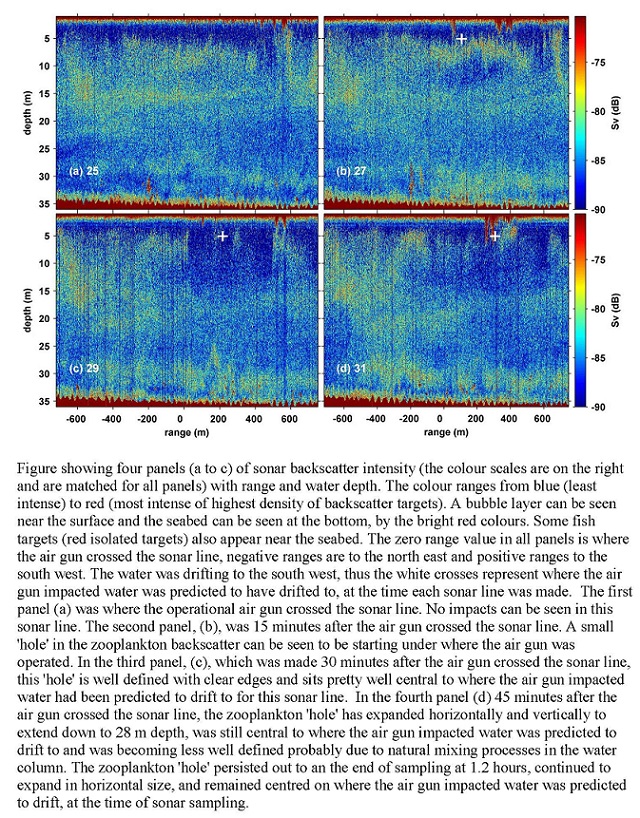