On Tuesday, three months ahead of schedule, Huntington Ingalls' Newport News Shipyard began flooding the drydock containing the hull of the Ford-class carrier USS John F. Kennedy. The process marks the first time that the ship has been in water.

According to HII, the flooding takes place in several phases so that tests can be conducted. First, the drydock is flooded to the top of the keel blocks. Once the dock is fully flooded and initial testing is complete, the ship will be floated to the west end. Next month, additional tests will take place before the Kennedy’s christening, which is scheduled for December 7. The Kennedy will then be floated out into the James River, where outfitting and testing of the ship's systems will continue until the ship is delivered in 2022.

The first 43 members of USS Kennedy's crew formally started their tenure with the ship in a ceremony on October 1. "We will deliver to the fleet a combat-ready aircraft carrier, manned with properly-trained warriors, in support of our nation’s needs. We’ll have a lot of hard work ahead of us, a lot of challenges, and a lot of long days, but with our skills, talents and dedication, we will be successful in building the best command in the United States Navy," said Capt. Todd Marzano, USS Kennedy’s commanding officer.

Kennedy's launch occurs as the first vessel in the class, the controversial USS Gerald R. Ford, is out on sea trials following 15 months of repairs.

"This is a warship like none other, and the process of returning her to fleet service reflects the great technical skill, professionalism and tenacity of the government/industry team," said Rear Adm. James Downey, program executive officer for Aircraft Carriers. "USS Gerald R. Ford is the most technologically advanced, most lethal combat platform in the world. Everyone, from the highest levels of government to the crew working the deck plates, is laser focused on this aircraft carrier being ready to enter fleet service."

According to NAVSEA commander Vice Adm. Thomas Moore, Ford may not enter operational service until 2024, six years behind schedule. This delay is accompanied by a multi-billion-dollar cost overrun associated with difficulties the Navy and its contractors have encountered in bringing the new design to life; Ford's price is now in excess of $13 billion, more than any warship ever built, and it is still rising.

When USS Ford was conceived in the early 2000s, the Navy incorporated multiple new and unproven technologies into her design. These incuded electromagnetically-actuated weapons elevators, which (as a cost-saving measure) were installed without first testing a mockup system on shore. Only four out of 11 elevators are now functioning and certified; the Navy expects the remainder to be completed within 18 months. 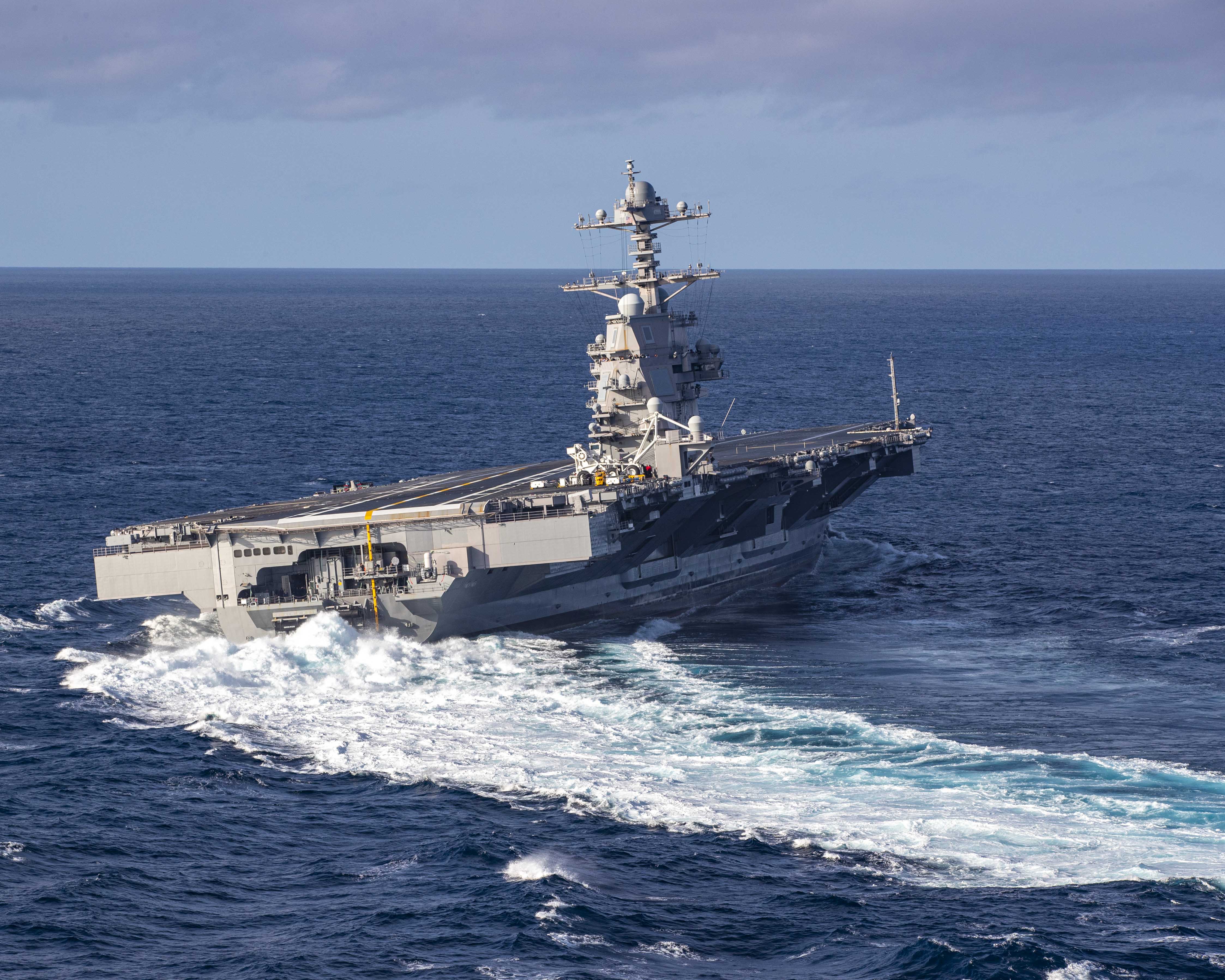