The ocean pollution mapping platform Eyesea, which is supported by and uses data compiled by the commercial shipping industry, was recently deployed for the first time to organize a coastal clean-up operation. Launched in beta trials at the end of 2020, the system seeks to use data submitted by seafarers on commercial ships and recreational boaters to map pollution in the oceans and shoreline to help local authorities with clean-up operations.

The Eyesea app was used as part of a survey of the coastline of Isle of Man after the island was battered last month by storms and high tides, which washed up large amounts of rubbish and debris as well as fishing nets. The platform was used to highlight areas where the concentrations of debris and rubbish had washed up, helping organizers to plan a clean-up initiative that saved time and maximize their efforts.

More than 1,100 pounds of trash that littered a large area of Douglas Beach on the Isle of Man located in the Irish Sea was collected in a join clean-up event organized by the charities Beach Buddies and PlasticBusters. More than 100 volunteers were dispatched to the areas with the highest concentration of debris using the data from Eyesea.

Jaime Amoedo, founder of PlasticBusters, said: “It was great to be able to test the Eyesea app for the first time, and it gave our group of volunteers quality information, in advance, about the specific locations that waste had washed up on Douglas Beach. This allowed us to focus our efforts on those areas that needed the most attention.” 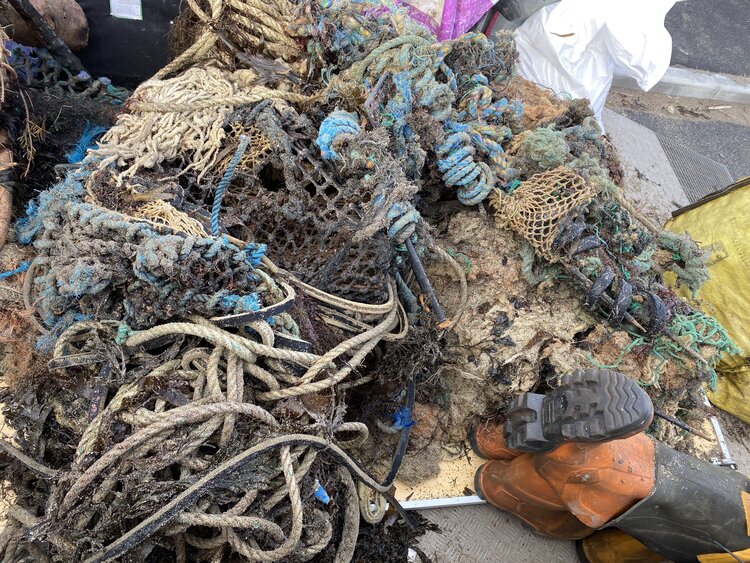 Eyesea was launched in December 2020 with the participation of more than 60 commercial ships and super yachts preparing to deploy the app to collect observational pollution data contributing to building comprehensive maps designed to inform and empower government and NGO environmental efforts. The Eyesea prototype has been tested by ships operating in Canada, the United States, Australia, New Zealand, India, Hong Kong, Chile, South Africa, the Isle of Man, and the UK. The proof-of-concept tests were conducted in January by crew members aboard one of Oldendorff’s dry bulk carriers sailing in the Atlantic Ocean off the east coast of Florida and by seafarers manning a vessel managed by Union Marine Management Services sailing near Guinea-Bissau and Senegal off the west coast of Africa.

“We are often asked what we do with the Eyesea data we collect and how we will use it. This event is one answer to those questions,” said Graeme Somerville-Ryan, founder of Eyesea. “The shipping industry - with our tech and our reach - can provide key support to community and government clean-up initiatives. It was great to see a proof-of-concept test work so successfully.”

Seafarers who tested the app reported that it was simple to use. The idea is that they snap a picture of the pollution and debris with the geotagging from their phone highlighting the position. As more data is compiled it will be possible to identify hazards in the ocean as well as washing up on shore that requires the attention of local authorities or can be addressed by volunteer groups. 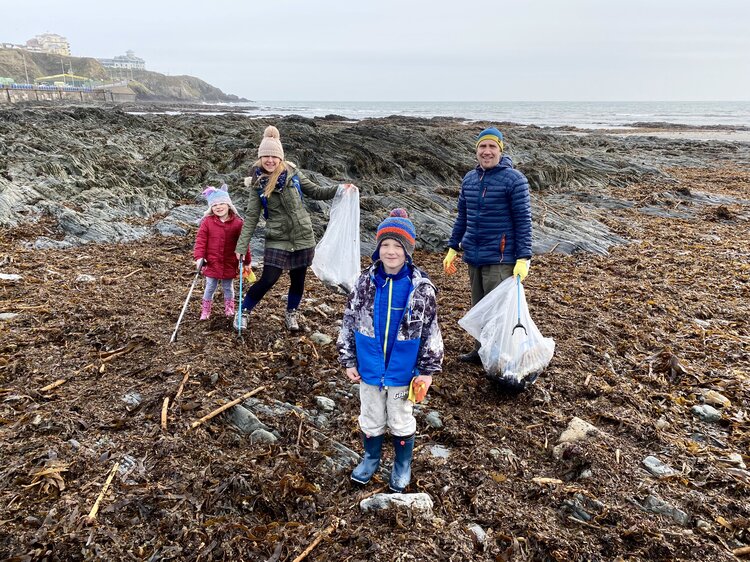