The ecological risks associated with scrubber use are ignored, while the economic expectations are overestimated, said the German environmental organization Nature and Biodiversity Conservation Union (NABU) on releasing the results of a study conducted by the Dutch research institute CE Delft.

“Obviously, no one has seriously investigated the effects of scrubbers on the marine environment before this technique has been found as a possible solution to the European sulfur directive,” says NABU CEO Leif Miller. “In this case, it really ought to be clear that there is hardly an improvement when pollutants that have been blown into the air, will now be discharged into the sea.”

The study found that while all available monitoring reports show that the IMO discharge guidelines generally can be met, with a few single measurements as exceptions, this does not imply that the wash water discharge cannot have on impact on local ecosystems.

If scrubbers are used at a larger scale, they may have a negative impact on the marine environment due to acidification, eutrophication and the accumulation of hazardous hydrocarbons and heavy metals, the report states.

IMO sets limits on turbidity, pH, polycyclic aromatic hydrocarbons (PAH) concentration and nitrate concentration, and the sludge generated by scrubbers must be delivered to shore reception facilities. However, IMO does not directly limit concentrations of metals in the wash water discharge, rather turbidity is monitored as a surrogate for suspended solids.

The metals found in wash water are reported to be of different origin, and the report indicates that:

•    System materials, typically iron, copper and zinc may be a source of metals. The reduced pH of the washing water will increase the solubility of the metal ions. Therefore, the choice of materials is very important.
•    System inlet water may contain metals found in seawater or from electrochemical protection to prevent fouling of seawater pipes.
•    Combustion of fuel and lubricants typically result in the emission of vanadium, nickel, calcium and zinc. The majority of heavy fuel oil consists of metals that naturally occur in oil, principally vanadium and nickel, which are oil soluble.

A research study cited reports the ability of scrubbers to trap nickel and vanadium from exhaust gases as limited, resulting from a measuring campaign on the Ro-Ro Ficaria Seaways. The capture rate of the scrubber for these substances was between less than one and 39 percent, depending on the sulfur content of the fuel.

The report concludes: “The long term impacts of the use of open loop scrubbers, especially in vulnerable coastal areas with a reported moderate water quality, therefore needs to be investigated systematically by measuring and modelling of the water quality. On the basis of such results, it should be evaluated if scrubbers can be used in accordance with the European Water Framework Directive and Marine Strategy Framework Directive that set maximum concentrations for certain hazardous pollutants, prohibit deterioration of water quality, and aim to achieve ‘good environmental status’ respectively.”

However, a Danish EPA study released in 2012 found that, compared to current environmental acceptability levels, the releases from scrubbers can be expected to be considerably below the levels of ecological concern.

“Specific hazardous substances such as heavy metals and metalloids, polycyclic aromatic hydrocarbons (PAH), PCB and oil hydrocarbons will also be released with scrubber water. However, the resulting concentrations in the sea will be orders of magnitude below the levels of concern as expressed e.g. by EU's environmental quality standards (EQS) for the marine environment. Thus, the concentration of the most critical substances in relation to this criterion, the metals nickel and copper, will still be more than two orders of magnitude below the EQS.”

The NABU report calls for the use of low sulfur fuels, in particular LNG, as the increase use of MGO could result in an increase of GHG refinery emissions of around 6.5 percent.

The full report can be found here. 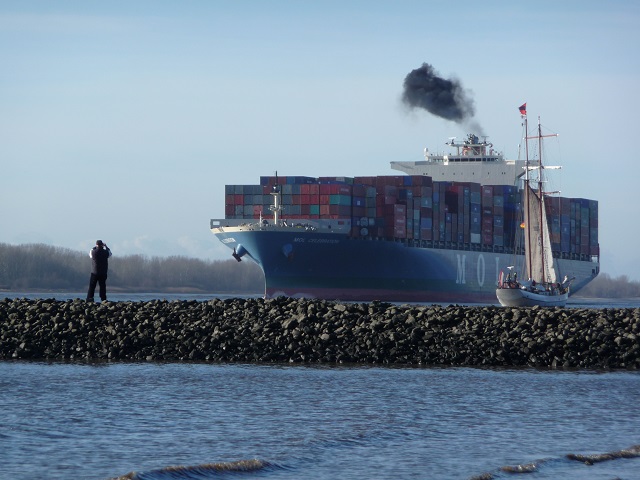