On Wednesday, Saudi Arabia's state oil company announced that it would suspend all shipments through the Strait of Bab el-Mandeb after an attack on its tankers off the coast of Yemen. The halt will affect the flow of crude from the world's top oil exporter to markets in Europe and the United States. 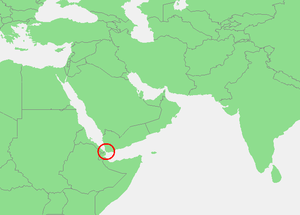 "In the interest of the safety of ships and their crews and to avoid the risk of oil spill, Saudi Aramco has temporarily halted all oil shipments through Bab El-Mandeb with immediate effect. The company is carefully assessing the situation and will take further action as prudence demands," Aramco said in a statement.

Saudi Arabia's oil minister, Khalid Al-Falih, confirmed that two VLCCs operated by state-owned shipping company Bahri were attacked by Houthi rebels Wednesday morning in the Red Sea. One of the ships sustained minimal damage, according to Saudi Aramco. No injuries or pollution have been reported.

Earlier in the day, Houthi rebels claimed responsibility for an attack on an unnamed Saudi tanker off the contested port of Hodeidah, Yemen. The Saudi-UAE coalition backing the Yemeni government in the nation's long-running civil war confirmed that the attack had resulted in slight damage to one vessel.

Wednesday's incidents were the latest in a long series of Houthi attacks on merchant and naval vessels off the coast of Yemen. In April, Houthi armed militias conducted a missile attack on the tanker Abqaiq, resulting slight damage to her bow. At the time, Minister al Falih said that the attack would not "affect economic activity or stall oil supplies."

In an essay for Forbes, energy and geopolitics scholar Ellen R. Wald noted that the halt in energy shipments could provide justification for the involvement of foreign forces in the Yemeni conflict. The United States provides material assistance to Saudi forces, including aerial refueling, tank parts and aircraft repairs, but is not currently engaged in an open conflict with the Houthi side. "The Red Sea is a very important shipping lane. If there is a major disruption European powers, Egypt and the United States would all have reason to intervene," she wrote.

The Houthi rebels are widely believed to be backed by Iran, Saudi Arabia's primary competitor for regional influence. Separately, Iran has also threatened to close the Strait of Hormuz - the strategic chokepoint at the mouth of the Persian Gulf - if the United States should reimpose sanctions on Iranian oil exports over Tehran's former nuclear weapons program.