Suez Traffic Resumes After Salvors Refloat Giant Boxship Ever Given

[Updated] The grounded container ship Ever Given has been freed and removed, ending a six-day ordeal which delayed tens of billions of dollars in trade.

Shortly after daybreak on Monday, the Suez Canal Authority and operator Evergreen confirmed that the vessel has shifted position but was not yet fully refloated. In an update at 1700 hours local time, Leth Agencies reported that the vessel had been removed and was in transit northbound.

"We are most grateful to the Suez Canal Authority and all the concerned parties for their assistance and support through this difficult and unfortunate situation. We would also like to express our deepest appreciation to the crew who remain steadfast in their posts as well as the salvage experts and dredging team for their professionalism and relentless efforts over the past six days toward securing this outcome," said operator Evergreen in a statement. "The outcome of [an] inspection will determine whether the ship can resume its scheduled service. Once the inspection is finalized, decisions will be made regarding arrangements for cargo currently on board." 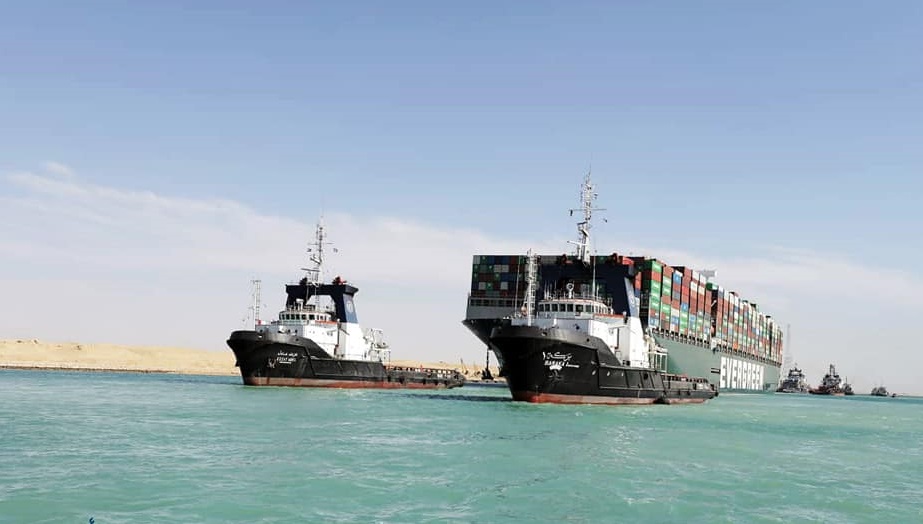 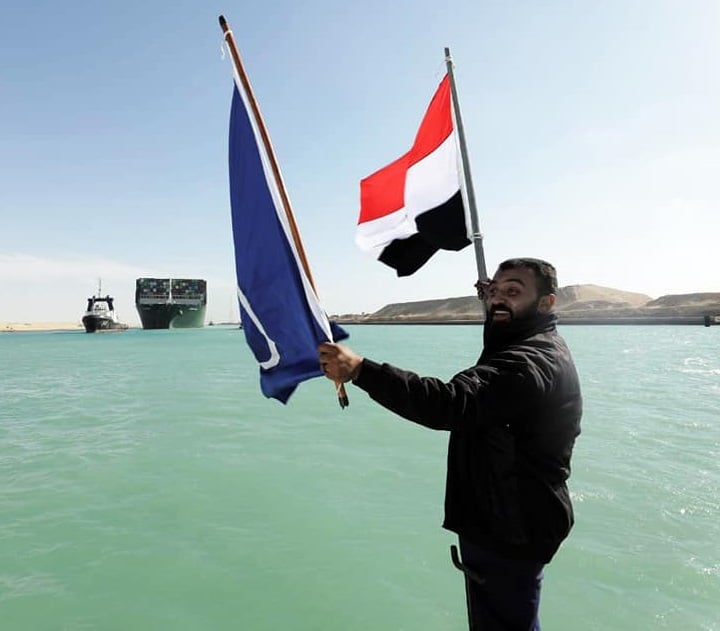 The vessel has been anchored on the east side of Great Bitter Lake to conduct the inspection. Traffic on the canal had resumed by Monday night, with southbound vessels passing through the segment previously blocked by Ever Given.

Great to See transits in The #suezcanal resumed. Southbound are first up. Livestock carriers too. ?@MarineTraffic? pic.twitter.com/IT7vaLYGvD

Egyptian authorities had planned a refloat attempt for Sunday night, but it was delayed until Monday morning to take advantage of a spring tide and the arrival of two additional towing vessels. 10 tugs took part in the successful attempt, according to Leth Agencies - including the oceangoing anchor handler Alp Guard, with a bollard pull of 285 tonnes.

#BREAKING: watch video of the Ever Given, which was previously clogging the Suez Canal and has now been refloated. Good news in #Egypt.
pic.twitter.com/6HbkeBpA40

The final push followed days of work to excavate the area around the bow using shoreside equipment and a cutter-suction dredger. The novel salvage plan encountered a problem when responders found that the bow was resting on rock, two officials told Reuters, but tide and towing power have overcome this hurdle - without the need to lighter fuel or cargo.

The ordeal is not yet over. More than 350 vessels are anchored and waiting to pass through the canal, and even after the vessel is removed, clearing this backlong will take time. The vessel's movement will come as a welcome relief for shipping interests: the closure of the canal has delayed an estimated $10 billion worth of cargo every day.

The Ever Given went aground on March 23 shortly after she entered the southern entrance of the canal. The grounding occurred in a high wind event, and the SCA has suggested that wind and low visibility were contributing factors. An investigation into the cause of the grounding is ongoing.

An AIS reconstruction produced by Francesco Morelli of Maritime Casualty Specialists appears to show that the vessel came close to both banks several times before she turned to starboard and grounded bow-first on the east bank (below).

Ever Given AIS Track until getting stuck in Suez Canal, 23/03/2021 from r/CatastrophicFailure