On Sunday, the Ukranian Navy accused Russian forces of opening fire on three of its ships near the Kerch Strait, causing damage and injuring six crewmembers. In a statement, Russia's Federal Security Service confirmed that Russian units captured the three vessels, and said that Russian forces are providing medical assistance to three Ukrainian sailors who were injured in the exchange.

The vessels involved were the Ukrainian patrol boats Berdiansk and Nikopol and the tugboat Yany Kapu. The vessels have been reportedly brought to Kerch, a port city in Russian-occupied Crimea.

Video posted to social media appears to show a Russian patrol vessel ramming the tugboat during the exchange. Photos published by Reuters showed damange to the tug's railing on the second deck level and a scrape along its starboard side, above the waterline.

The altercation occurred near the Kerch Strait, the strategic waterway that connects the Black Sea with the Sea of Azov. Russia completed a bridge across the strait in May, creating a direct land link from contiguous Russian territory to Russian-occupied Crimea. In recent months, Russian border forces have implemented a stringent inspection regime for vessels crossing underneath the new bridge, leading to multi-day delays and a diplomatic protest from the United States.

Russian forces have "temporarily closed" the strait to merchant shipping, and a Russian vessel has been moored lengthways across the bridge's navigable span. The action appears inconsistent with UNCLOS' rules on freedom of navigation, and it may also breach the terms of a Ukrainian-Russian treaty on access to the Sea of Azov.

The FSB accused the Ukrainian Navy of carrying out a "provocation" by attempting to transit the strait without providing Russian traffic control officials with triple advance notice beginning 48 hours ahead of the planned passage. 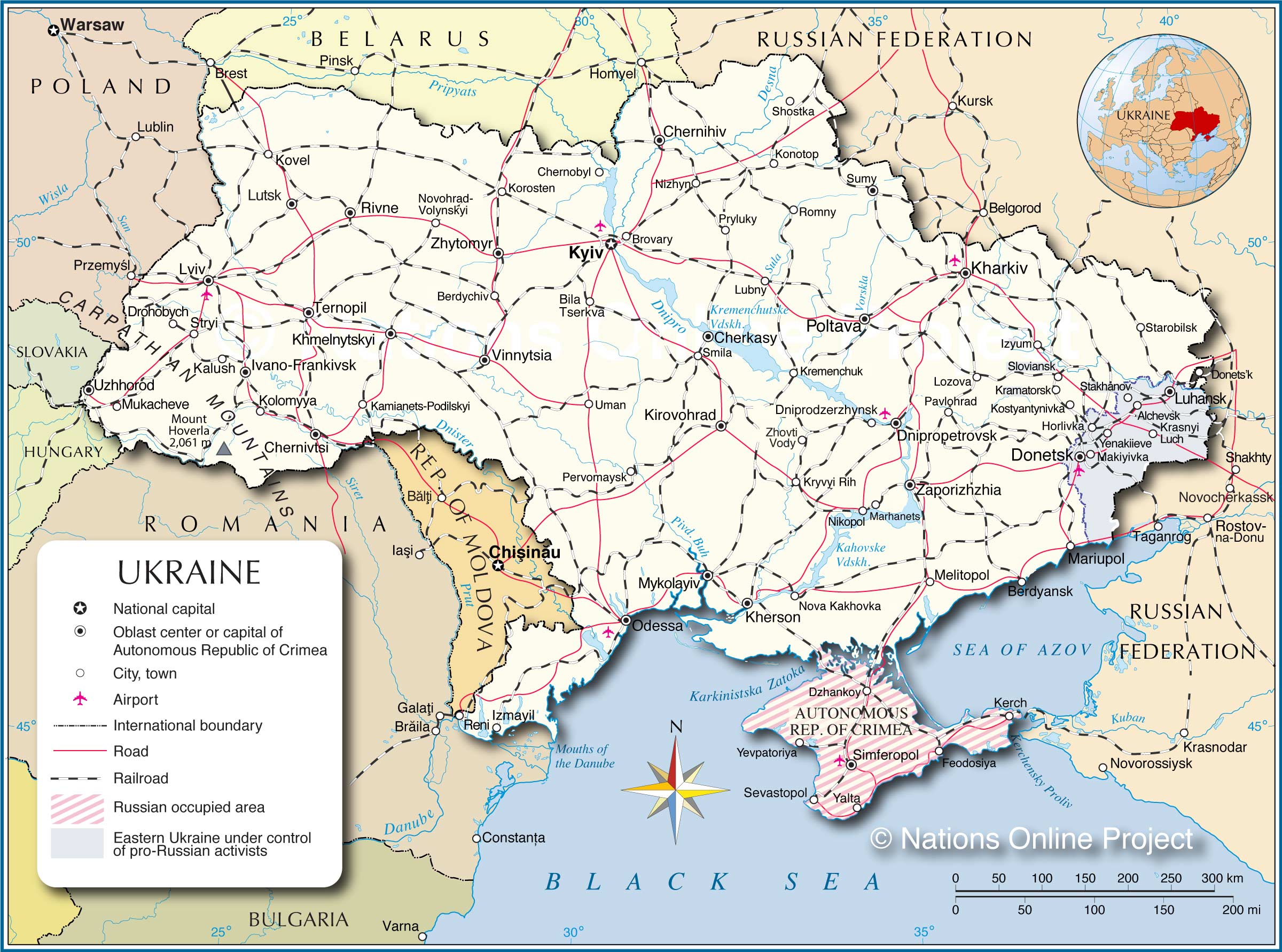 As a practical matter, the blockade cuts off maritime access to Ukraine's Sea of Azov coastline, which includes the industrial region around Mariupol. Kiev has been fighting a low-intensity conflict with Russian-backed separatists in Eastern Ukraine for four years, and pro-Russian rebels hold a small area around the cities of Donetsk and Luhansk, which they seized with assistance from unmarked Russian military units in 2014. The line of control lies just east of Mariupol, and the inability to ship supplies to this contested region will reduce Ukraine's logistical options in the event of intensified conflict. Seaports on the Sea of Azov also handle a large volume of Ukraine's exports, and the blockade will have an economic impact on the eastern region.

The live-fire confrontation between Russian forces and Ukraine's navy at Kerch Strait has raised concerns about intensified fighting, as it is a rare and potentially fraught direct engagement between the two militaries. In general, the Russia-Ukraine conflict has been carried out by pro-Russian proxy forces and unacknowledged Russian military assets, allowing the Kremlin to deny direct involvement.

On Monday, Ukrainian president Petro Poroshenko secured a declaration of martial law in response to the Kerch Strait incident, which will allow him to mobilize military forces quickly in the event of a Russian ground attack.