The E.U. Commission’s goals for between 230 and 450GW of offshore wind by 2050 are achievable provided the right investments in electricity grids and Governments take the right approach to maritime spatial planning. That’s the conclusion of a new WindEurope report Our energy, our future.

450GW of offshore wind is part of a European Commission scenario to deliver climate neutrality by 2050.

The report examines where 450GW of offshore wind could be deployed most cost-effectively around Europe, considering there is only 20GW today. 212GW could be deployed in the North Sea, 85GW in the Atlantic (including the Irish Sea), 83GW in the Baltic and 70GW in the Mediterranean and other Southern European waters. This reflects the relative wind resources, proximity to energy demand and the location of the supply chain.

The report also breaks down how would each country would deploy in an optimal scenario. The 380GW that would deployed in Northern European waters, for example, would require less than three percent of the total space there.

In at least 60 percent of the North Seas it is not possible to build offshore wind farms today. These exclusion zones exist either for environmental reasons or because space is set aside for fishing, shipping and military activity. The report states that multiple use, e.g. allowing certain types of fishing in offshore wind farms, would help facilitate offshore wind development and keep costs down.

Building 450GW offshore wind by 2050 requires Europe to install over 20GW a year by 2030 compared to 3GW today. The industry is gearing up for this, but it’s crucial that Governments provide visibility on volumes and revenue schemes to give long-term confidence for the necessary investments, states the report.

Capital expenditure on offshore wind including grids will need to rise from around €6 billion a year in 2020 to €23 billion by 2030 and thereafter up to €45 billion.

WindEurope CEO Giles Dickson said: “The International Energy Agency believes offshore wind could become the no. 1 source of power generation in Europe in the early 2040s. The report shows that it is do-able and affordable. But three things need to happen: (1) the offshore wind supply chain keeps growing; (2) we build the grid connections; and (3) we get the maritime spatial planning right.”

Breakdown by country of 450GW of offshore wind: 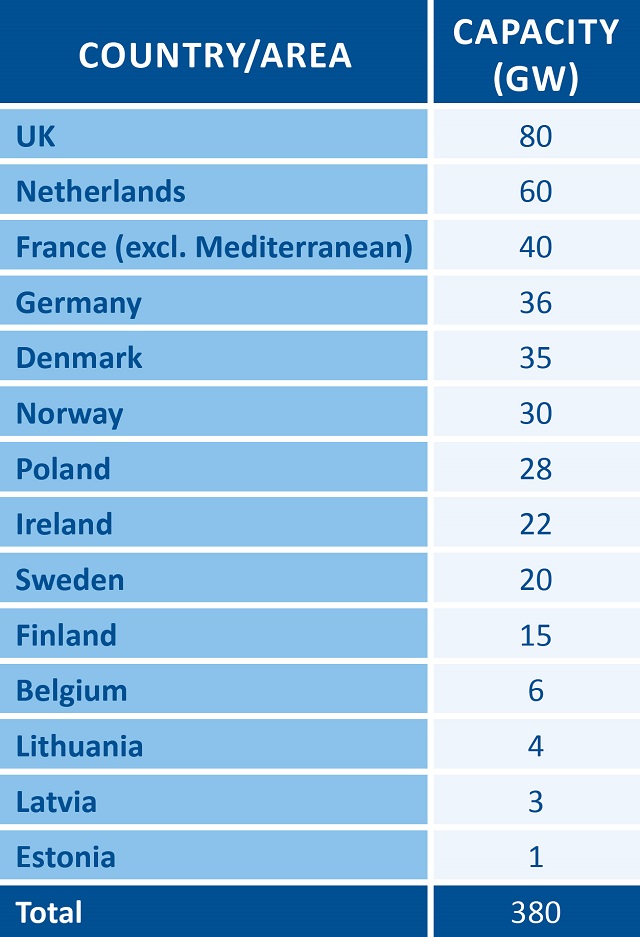 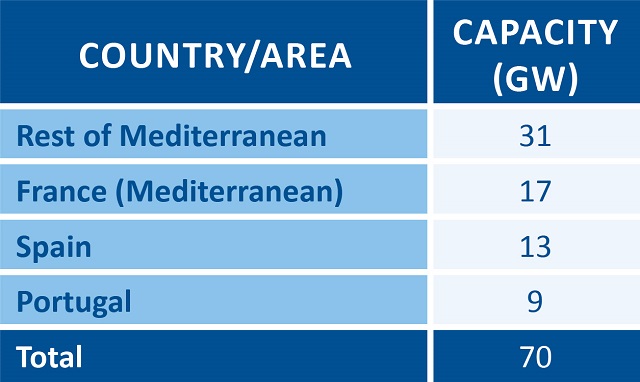 The trial of a U.S. Coast Guard cutter crewmember who was accused of murdering a shipmate in Dutch Harbor has concluded. Following a plea agreement concluded last week, a military judge found Seaman Ethan Tucker not guilty of the two most serious charges against him, involuntary manslaughter and negligent homicide.  On January 26, 2019, 19-year-old Seaman Ethan Kelch disembarked the cutter Douglas Munro for a brief period of shore leave in Dutch Harbor. He failed to return to the ship....

Greece is welcoming back its first large cruise ship this week. During the summer the tourism minister had promised to reopen the country’s largest cruise ports but clusters of the virus and travel restrictions had delayed the resumption of the large cruise ships. Starting this week, Germany’s TUI Cruises became the first large cruise company to base a ship in Greece for week-long cruises. The company’s vessel the Mein Schiff 6 arrived in Heraklion on Crete on September 11 and...

With strong growth expectations for the number of vessels that will be using LNG, the bunkering industry is moving to aggressively expand LNG operations. This week alone two new unique LNG bunkering vessels for ship-to-ship fueling were named as they prepare to enter service. According to the industry trade group SEA-LNG, at the beginning of 2019, there were just six LNG bunkering vessels in operation around the world. The number doubled to a dozen by the beginning of 2020 and...

This summer, the Naval Historical Foundation awarded the Coskey Prize to high school junior Jessie Henderson. The prize is named after Captain Ken Coskey, a Vietnam War combat aviator and prisoner of war. In a competition marking National History Day each year, the prize is awarded to the student whose project best captures an appreciation for naval history.  Henderson was awarded the prize for her video “Unwelcomed Soldiers Invading a Fraternity: Breaking Gender...