With ship owners and operators looking for practical solutions to lowering CO2 emissions ahead of the IMO’s Energy Efficiency Ship Index (EEXI) and Carbon Intensity Indicator (CII) becoming effective, a Swedish propeller manufacturer, Berg Propulsion, says that it is achieving strong results through the redesign of propulsion on existing ships. Berg reports that it was able to achieve up to an overall 22 percent fuel savings in one recent case.

Ship operator and manager Vroon recently approached Berg Propulsion to investigate the possibility of optimizing the propulsion system on its container vessel, the Indian Express. The containership, which was built in 2008, is fitted with a controllable pitch propeller originally manufactured by ZF. The 485-foot long vessel operates in the Mediterranean and recently was sailing to the Persian Gulf. The 13,760 dwt vessel transports up to 1,118 TEU.

“In close cooperation with the shipowner and operator, we analyzed the vessel’s current and future operational needs and defined its operation profile,” said David Sakandelidze, Berg Propulsion Business Manager – Energy and Efficiency. “Next, the performance of the original propeller blades was benchmarked against the vessel’s defined operation profile.” 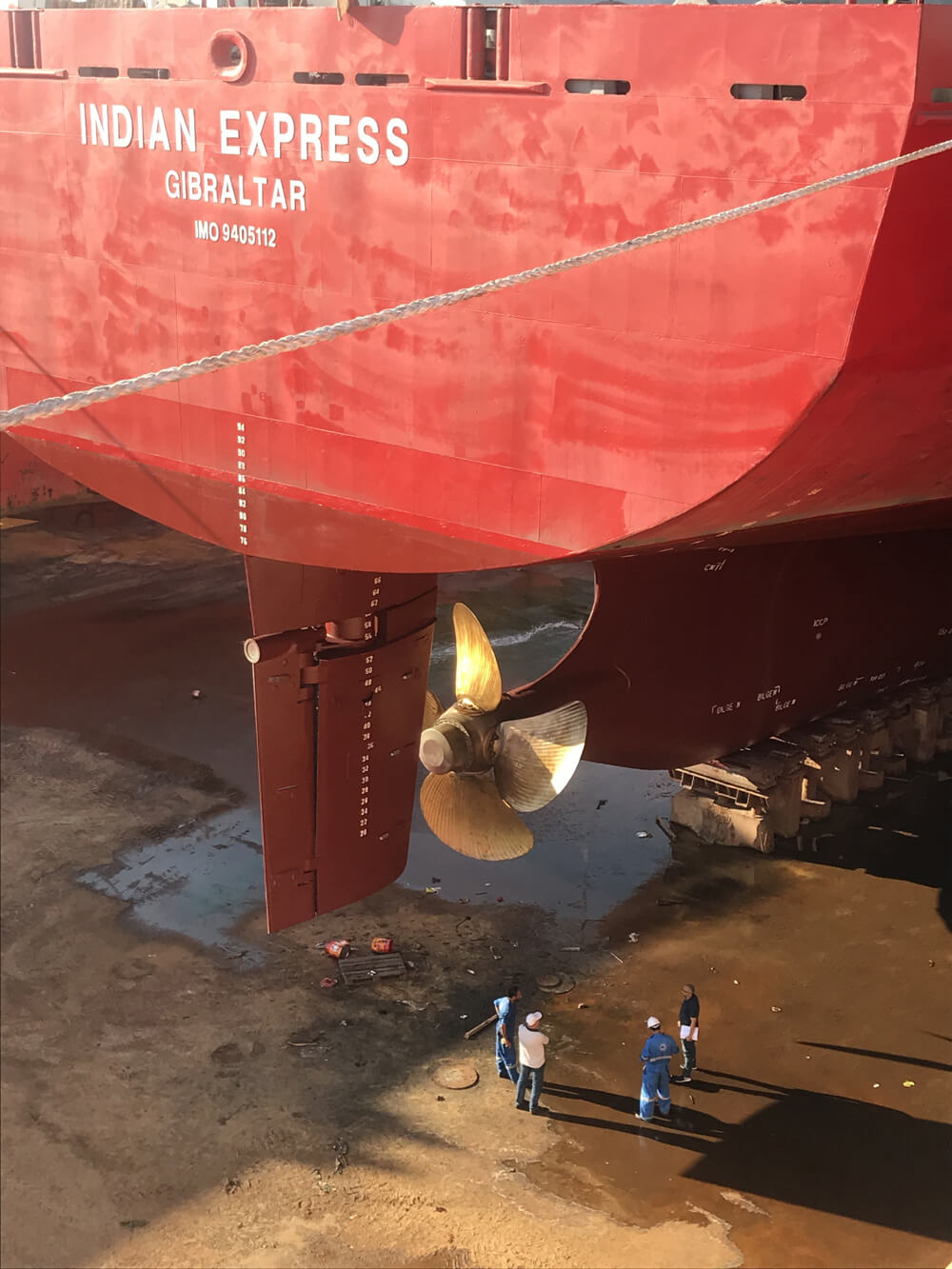 Advanced simulation tools were used to develop a new propeller geometry, which modeling showed would achieve superior performance. New blades were designed tailored for the operation, improving efficiency significantly, according to Sakandelidze.

“Efficiency gains are made for much of the time and, at 12 knots, the new blades achieve up to 50 percent higher efficiency than the ones they replace,” he said.

With performance improved at the speeds most commonly required during operations, they anticipate the Indian Express will achieve a 22 percent fuel saving overall, as well as lower emissions that should go farther than the requirements of the IMO’s carbon Intensity Initiative goals for 2026.