Port Fourchon, Hit Hard by Hurricane Ida, May be Closed for Weeks

Louisiana is the heart of America's offshore oil and gas industry, and the region's energy production quickly shut down in advance of Hurricane Ida, with more than 90 percent of all offshore oil output shut in as a precautionary measure. Most of the industry's assets appear to have survived unscathed, but Port Fourchon - the primary support hub for the deepwater U.S. Gulf of Mexico - was hit hard and may be closed for weeks.

In order to minimize harm from the hurricane, offshore operators evacuated about half of all platforms in the U.S. Gulf of Mexico, along with nine out of 11 currently operating non-DP drilling rigs. Four DP-enabled rigs ceased operations and relocated to avoid the storm's path. As of Monday, 93 percent of offshore oil production and 94 percent of offshore gas production were still shut in, according to the Bureau of Safety and Environmental Enforcement. About 17 percent of the United States' domestic oil production comes from offshore Gulf of Mexico wells.

The storm also affected refiners. According to S&P Global, about 75 percent of Louisiana's refining capacity went offline as a result of the storm. These facilities are experiencing challenges due to downed powerlines and intermittent electricity supplies, and at least one facility located well outside of the storm's path was forced to shut down because it did not have electrical power. Others wound down their operations in advance of Ida's arrival as a precautionary measure.

The logistical effort for getting U.S. Gulf platforms back up and running could be complicated by disruption in Port Fourchon, the hub for vessel support activity for Louisiana's offshore industry. Aerial surveys showed extensive damage, including missing roofs and flooding. The port's executive director, Chett Chiasson, told The Advocate that the area experienced damage from an extreme storm surge of 12-15 feet.

Video of Hurricane Ida from a property owned by David Tallo Jr. in Port Fourchon

As of Monday, the highway leading to the port was still shut due to downed power poles, debris and washouts, limiting the ability of port staff to begin damage assessment and cleanup. Fully restoring the port's operations will take weeks, Chiasson told NPR.

"What we're seeing is tons of damage . . . there's vessels in places they're not supposed to be, to say the least, and navigable waters have to be surveyed because there's things everywhere," Chiasson said. "In just a few hours we're going to be clearing Highway 1 down to the port with heavy equipment.  . . . There is no electricity and there will be no electricity for a long time. In our community we have no running water, so that's really key at this point."

In an advisory to shipping, the port authority said that waterways into and within Port Fourchon and along Bayou Lafourche are blocked by "multiple obstructions and sunken vessels." NOAA's Coast Survey teams are still en route to the area to conduct channel surveys in the port, and shipping interests should expect delays. "Vessels should not attempt to enter or exit the port until the Port Commission’s damage assessment has been completed and the all clear is given," the authority advised.

When the highway is restored, port tenants will have first priority for entry from the shore side. All others are advised to stay out of the area until the port gives the all-clear, and the port's harbor police are keeping watch, the authority said. 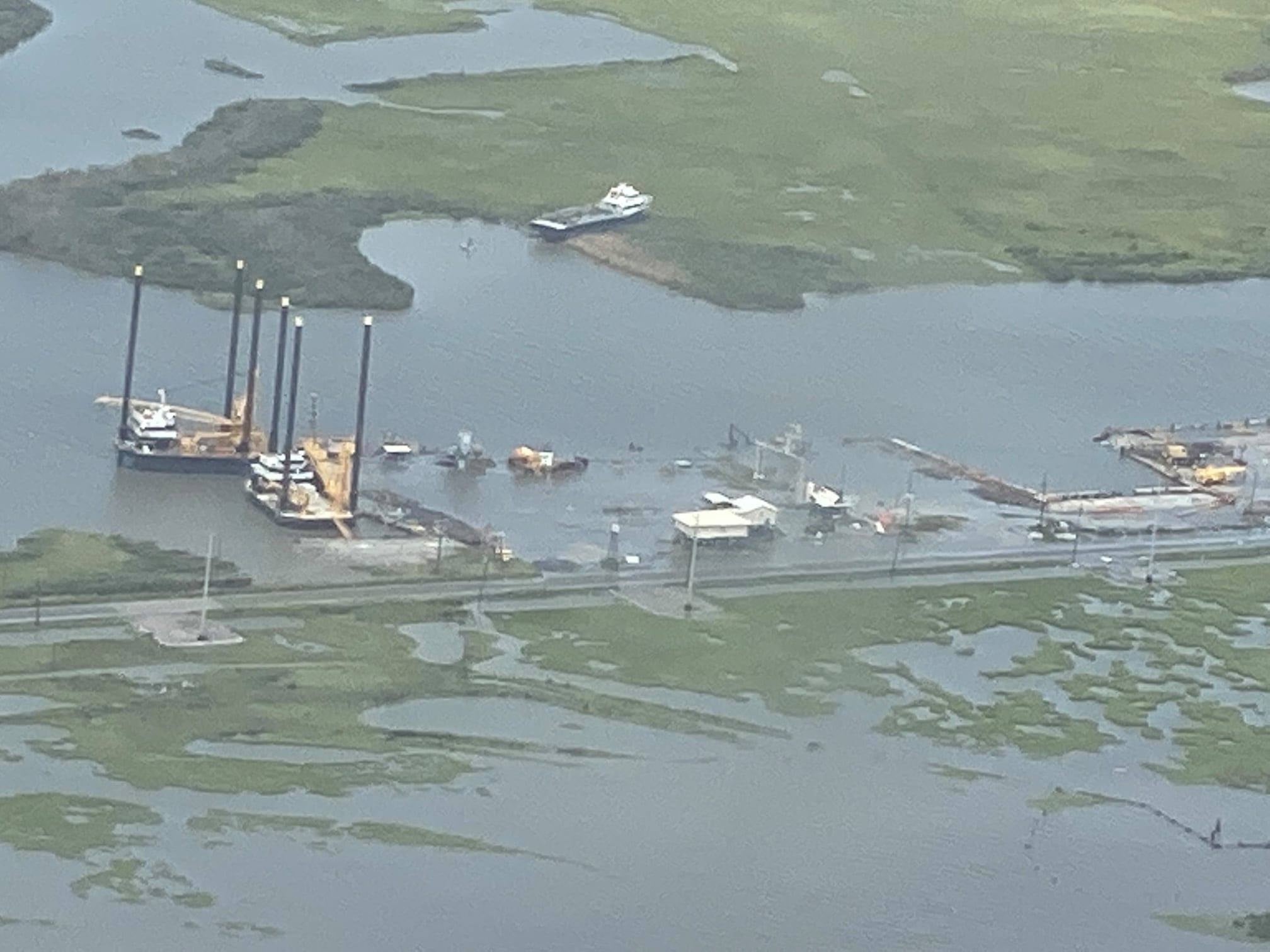 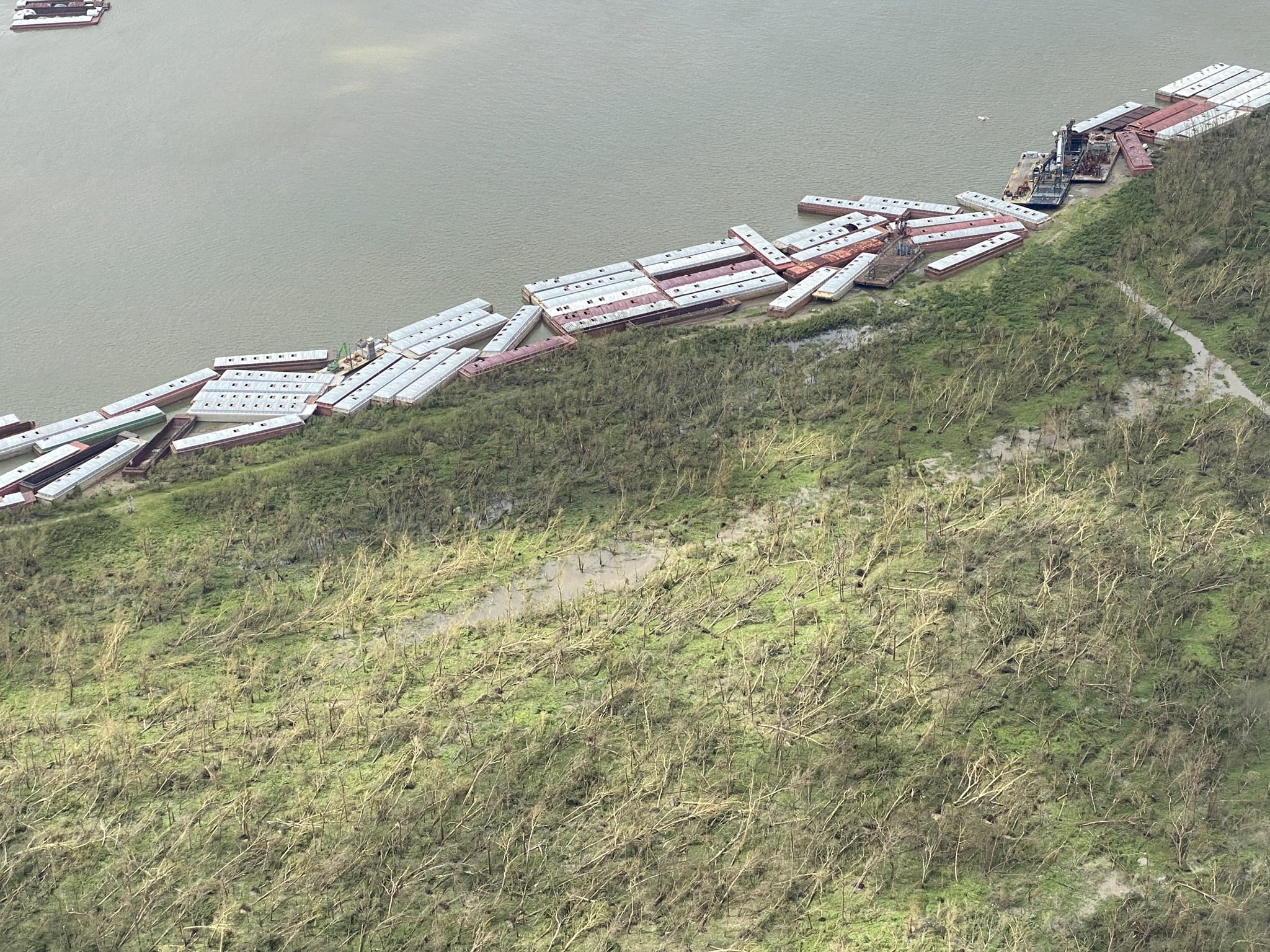