Plan to Salvage Titanic's Radio Suspended due to Pandemic

The holder of salvage rights for the wreck of the Titanic has decided to cancel its plans for a voyage to recover the vessel's Marconi wireless set, citing “increasing difficulty associated with international travel and logistics, and the associated health risks to the expedition team” due to the COVID-19 pandemic.

Last year, salvage and exploration company RMS Titanic Inc. (RMST) unveiled a plan to cut into the ship's radio compartment on the top deck and recover the equipment with a remotely-operated vehicle. The radio set would be preserved and put on display as an exhibit, joining 5,500 other artifacts that the company has recovered from the wreck site. 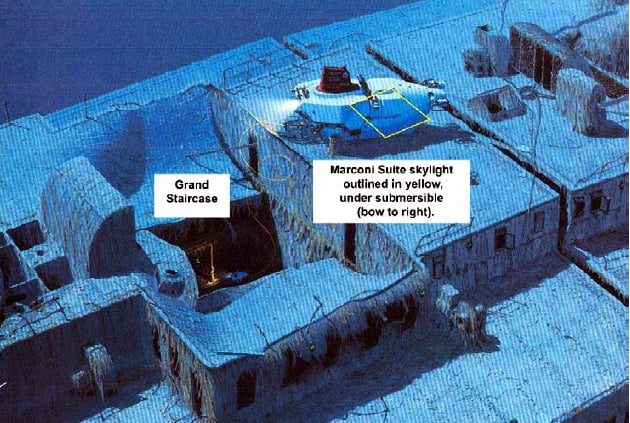 The plan drew a challenge from preservation advocates and from the National Oceanic and Atmospheric Administration (NOAA), which sought to prevent the company from taking any action that would physically alter the wreck. The project's opponents argue that permitting an invasive operation to remove an artifact from the Titanic would undercut efforts to preserve wrecks and prevent looting all over the world.

"Once artefacts are removed from shipwrecks, they lose their context and potentially their wider scientific and cultural value. Commercial exploitation gives them a different, financial value that could encourage looting and site destruction. If it is acceptable to salvage material from what is arguably the wold’s most famous shipwreck, how can we protect lesser known sites that are even more scientifically or culturally important?" wrote marine archaeologists Helen Farr and Fraser Sturt in an op-ed last year.

For its part, RMST argued that recent surveys revealed that the vessel was deteriorating due to currents, iron-eating bacteria, and saltwater corrosion, and it justified its plans by asserting that the room holding the equipment might soon be destroyed - “potentially burying forever the remains of the world’s most famous radio.” The U.S. court overseeing the wreck's disposition agreed and gave RMST permission to proceed, subject to approval of an appropriate financing plan.

The pandemic has changed RMST's plans, however. The firm holds a large trove of Titanic artifacts, which it lends to museum operators for historical displays. Many of those institutions have closed or have seen attendance drastically reduced due to the pandemic, undercutting RMST's income. An expedition voyage to the wreck site would also face challenges from the coronavirus, and so the firm has suspended its plans to recover the radio set. It has laid off top staffmembers with duties related to the mission, and “will seek to re-engage them when the time is right prior to the expedition, if and when it ultimately takes place."