On Saturday, a product tanker was attacked at 05.7 N 048.9 E, just six nm off the coast of Somalia's Mudug region. The attack was 30 nm northeast of Hobyo, a small port town that was once the home base of pirate leader "Afweyne's" criminal enterprise.

According to the IMB and the UKMTO, six to ten armed pirates in a launch approached the underway tanker and opened fire. The master transmitted a distress signal and began evasive maneuvers, but the skiff continued to pursue and harass the vessel for another two hours. The pirates eventually departed and the crew and vessel are confirmed safe. One crewmember was injured during the chase.

The reports did not identify the vessel, but EUNAVFOR reports that it received a distress call at about the same time from the UAE-owned product tanker Costina. The Spanish Navy vessel ESPS Galicia was about 14 nm away, and she changed course and launched a Sea King helicopter to respond. EUNAVFOR said that the pirates fled as the Galicia approached.

Galicia's boarding team found that the Costina's superstructure had bullet holes from the attack, but the ship was still in suitable condition to continue to her next port of call. 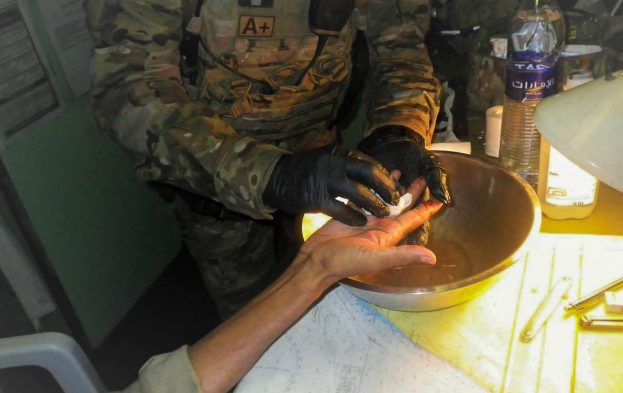 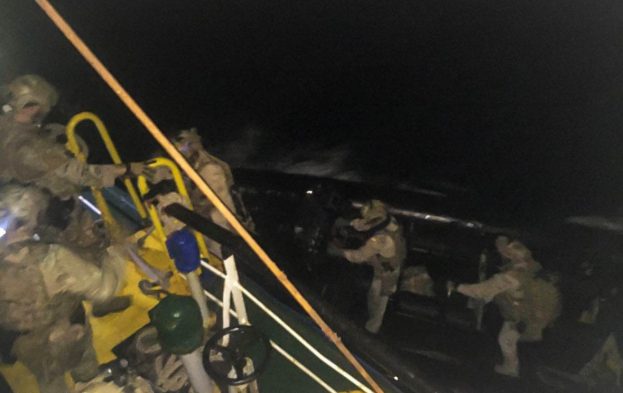 The Costina's AIS signal was last picked up off Yemen on April 19, broadcasting Mogadishu as her destination. The reports did not discuss whether there were private maritime security contractors on board.

Somali pirates have recently shown an ability to mount hijacking expeditions far out into the Gulf of Aden and the Indian Ocean, and inshore traffic might be an easier target. EU NAVFOR spokesperson Commander Jacqui Sherriff said that “this attack again highlights the need for vigilance and adherence to the self-protection measures as laid down in Best Management Practices (BMP)4. It is crucial that Somali pirates are denied opportunities to attack vessels.”

The 1984-built Costina is flagged in Sierra Leone, and has not had a PSC inspection recorded in Equasis since 2007.

Food shortages may be contributing to resurgence of piracy

In remarks at Camp Lemonnier, Djibouti on Sunday, head of U.S. Africa Command Gen. Thomas Waldhauser suggested that drought and food shortages in Somalia may be a contributing factor in the recent pirate attacks in the region.

“Some of the vessels that have been taken under hijacking have had some food and some oil on them. Moreover, these particular ships have been very small in statute [sic] and really a lucrative target for pirates,” Waldhauser said. He stopped short of suggesting that the recent uptick in attacks constitutes a "trend," but he said that U.S. forces will "continue to watch."

The U.N. began warning of a catastrophic famine in February – "a famine on a scale we cannot imagine, if we don't act right know," according to U.N. humanitarian coordinator Peter de Clercq. de Clerq said that his agency had already received anecdotal evidence of deaths in Somaliland as a result of the drought.

The last round of famine in Somalia killed an estimated 260,000 people, and de Clerq said that this time could be worse. "We are seeing growing similarities to the conditions that led to the famine in 2011 though, as numbers are showing, a much larger percentage of the country is at risk this time around," de Clerq said.

The potential impact of the drought extends across the region: the U.N. World Food Program suggests that about 20 million people in South Sudan, Nigeria, Yemen and Somalia may be vulnerable to starvation within the next six months.