At the bow of the twin-hulled vessel is a slot, 122 meters (400 feet) long and 59 meters (194 feet) wide, that enables Pioneering Spirit to straddle a platform and remove entire topsides in a single lift using eight sets of horizontal lifting beams. Two tilting lift beams for the installation and removal of jackets will be located at the vessel’s stern. Pioneering Spirit is also equipped with pipelay equipment that makes it possible to install record-weight pipelines from shallow to ultra-deep water, and achieve high lay rates. The tensioner capacity of 2,000 tons is double the capacity of the world's largest pipelay vessel.

Topsides are lifted using a series of hydraulic clamps mounted on eight sets of beams at the vessel’s bow, or with support yokes fitted to the topsides lift system which push up the topsides.

While the vessel itself moves due to wave action, all motions of the clamps or yokes relative to the platform are eliminated by engaging the active motion compensation system. The clamps are carefully closed around the platform legs supporting the topsides. In the case of other platforms, support yokes are positioned at predetermined strong points at the underside of the topsides.

With the clamps or the yokes connected, pre-tension in the lift system is gradually increased in order to transfer the weight of the topsides from the jacket to the vessel. In the final stage, a rapid lift-off, using hydraulic lift cylinders with a maximum stroke of 4 m, ensures sufficient clearance and eliminates the risk of impact between topside and jacket.

Analysis has shown that in hostile environments such as the North Sea, a motion compensation system is essential on a single-lift vessel to eliminate impact forces on large topsides. In the absence of such a system, local damage can occur even when the wave height is small and vessel motions are very limited. Due to the large motion compensation capacity (both vertical and horizontal) of Pioneering Spirit’s topsides lift units, the dynamic forces introduced in the topsides during engaging and pretensioning are very low, even when she is working in less favorable sea states.

Only a few of the widest gravity structures and jackets do not fit between Pioneering Spirit’s bow slot; the topsides of these platforms have to be removed modularly, using the tilting lifting beams, until the emergence of Allseas’ larger single-lift ship Amazing Grace.

In addition to the tilting lift beams, a 5,000 ton special purpose crane is available for additional lifts for jacket and topsides installation such as pile handling and bridge installation.

The vessel is equipped with eight diesel generators providing a total installed power of 95 MW, driving 12 azimuth thrusters for dynamic positioning (DP3) and for propulsion. The maximum speed is 14 knots. The accommodation has room for 571 persons in two-berth cabins.

Pioneering Spirit can sail under her own power at a high transit speed, making her suitable for worldwide use. Operating on full dynamic positioning, she can work accurately in any water depth, while her light ice class will extend the periods in which she can operate in polar regions. Due to the motion compensation system, she can make large lifts in hostile seas. The vessel was built in South Korea by Daewoo.

Harbor trials were conducted in Rotterdam and involved testing of all 12 lifting beams, each with a lift capacity of nearly 3,700 tons. During the harbor lifting trials, the 12 beams together lifted over 44,000 tons.

Pioneering Spirit is expected to perform offshore trials and installation and removal exercises in the southern North Sea throughout August.

Following removal of the Yme platform, Pioneering Spirit will return to Rotterdam where the remaining four topsides lifting beams will be installed for the Shell Brent Delta topsides removal, scheduled for the summer of 2017.

The vessel has also been contracted by Statoil for the transportation and installation of three platform topsides on the Johan Sverdrup field in the North Sea, with an option to install the interconnecting bridges. Pioneering Spirit will install the topsides on steel jackets for the drilling, processing and living quarter platforms, with topsides weights ranging from approximately 19,500 tons to 26,000 tons.

Douglas-Westwood’s publication the North Sea Decommissioning Market Forecast 2016-2040, released in February, forecasted that Pioneering Spirit could save the industry around $12 billion if it were used to remove infrastructure in the North Sea over the next 25 years. 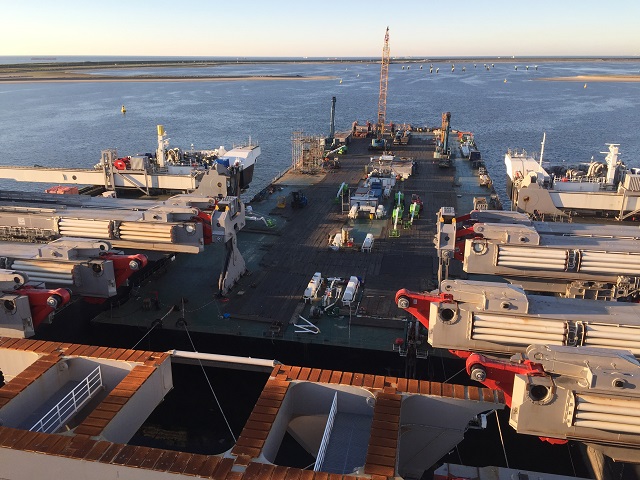 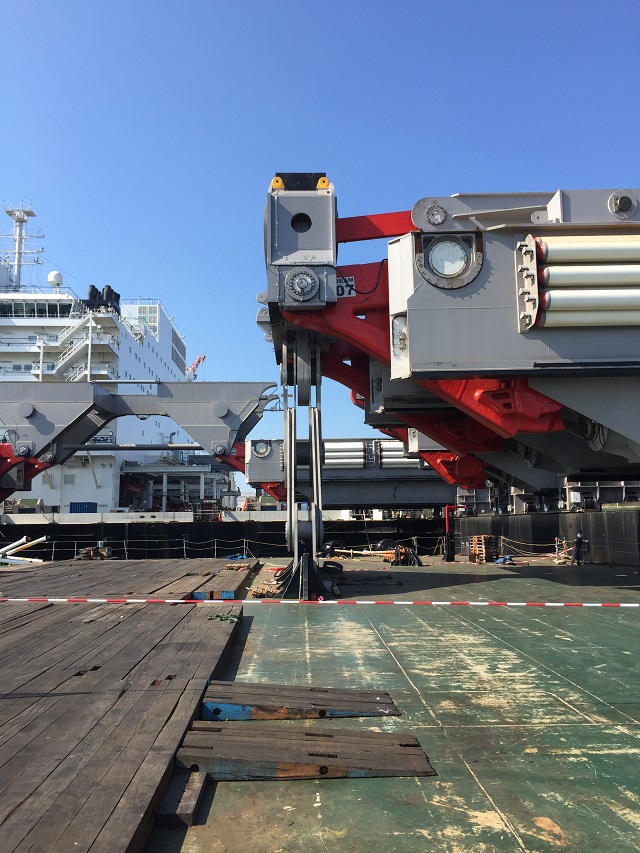