On Saturday, the lifting operation to remove the very last section of the wrecked ro/ro Golden Ray got under way at long last, 770 days after the vessel went aground in St. Simons Sound, Georgia.

Preparations for the final section hoist have been under way for some time. First, two sections which had been removed earlier had to be transloaded onto a deck barge for shipment to a recycling yard in Louisiana. The work to fasten those two sections for sea and prepare the deck barge for its journey is ongoing. Once that work is complete and a suitable weather window opens up, the towing operation will get under way.

About a dozen response vessels recovered loose debris and deployed sorbent boom to manage some light oil sheens that were spotted during the lifting operations on Saturday. The incident command's pollution response teams keep a 24-hour watch around the Golden Ray, and they deploy as needed to reduce the impact of spills, sheens and floating debris.

The extent of the debris field at the wreck site has not yet been disclosed, and bottom cleanup operations will continue after the vessel itself has been removed. Likewise, the full impact of the oil spills that occurred during cutting and lifting operations is not fully known. Fletcher Sams, the executive director of local environmental group Altamaha Riverkeeper, has called for a Natural Resources Damage Assessment (a federal study typically performed by NOAA) to determine the cumulative impact of the Golden Ray grounding. "The natural resources of the area have been continuously damaged for two years," he told AP in August. 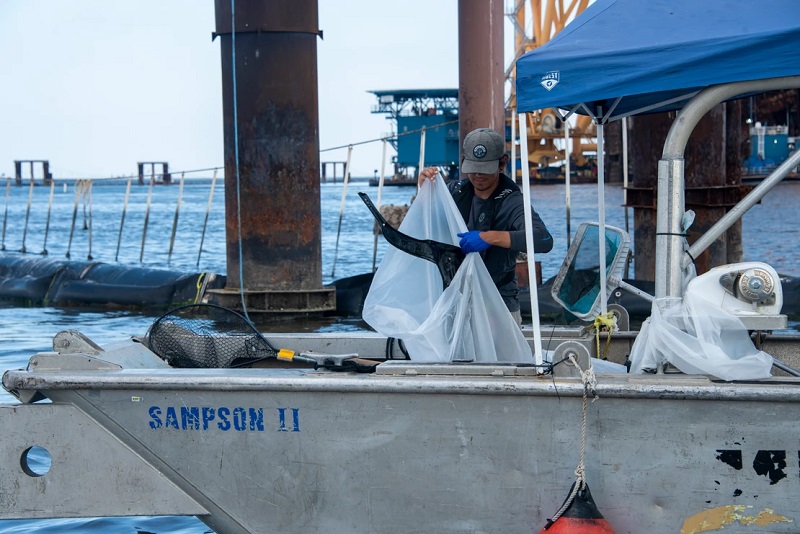 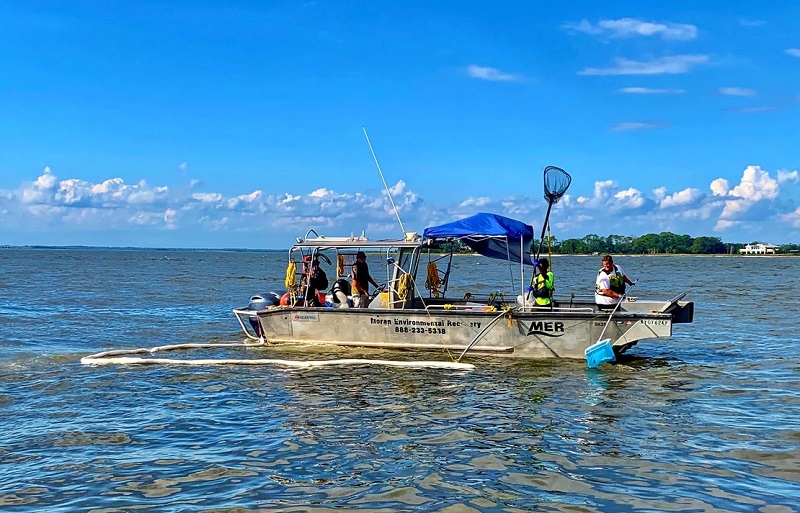 The Georgia Department of Natural Resources has committed to evaluating environmental harm after the last of the wreckage has been removed and the last potential sources of pollution have been cleaned up. The process will "determine if these injuries require further action and potential compensation," DNR said in a statement. If the state finds cause for environmental damage compensation, it could add onto insurers' existing $850 million bill for the cost of the vessel, the cargo and the wreck removal project.

The Golden Ray went aground and partially capsized in Georgia's St. Simons Sound in September 2019. During an outbound transit in calm conditions, a routine turn to starboard turned into an uncontrolled runaway maneuver, ending with the vessel aground and resting on her side.

Lt. Ian Oviatt, a staff engineer at the Coast Guard Marine Safety Center, told the NTSB that the vessel had taken on too little ballast for her cargo load. “The cause of the vessel capsizing was lack of righting energy due to the way the vessel was loaded,” Oviatt testified before an NTSB panel last September. “The vessel could have taken on additional ballast to be in compliance.” The NTSB reached a similar conclusion in its final report on the casualty.