A large yacht caught fire and burned to the waterline near Kittery, Maine on Saturday, prompting an emergency response and pollution-control effort.

At about 1600 hours on Saturday, a caller alerted the New Hampshire State Police to a boat on fire on the Piscataqua River, just off Newcastle, New Hampshire. The vessel was identified as a 2007-built Marlow 70-foot motor yacht, the Elusive.

Elusive's passengers - identified as Arthur Watson, 67, Diane Watson, 57 and Jarrod Tubbs, 33 - abandoned ship over the side to escape the fire, along with two family dogs. Nearby good samaritan boats rescued them from the water and brought them to shore, where they were transported to a local hospital for evaluation. All were unharmed. 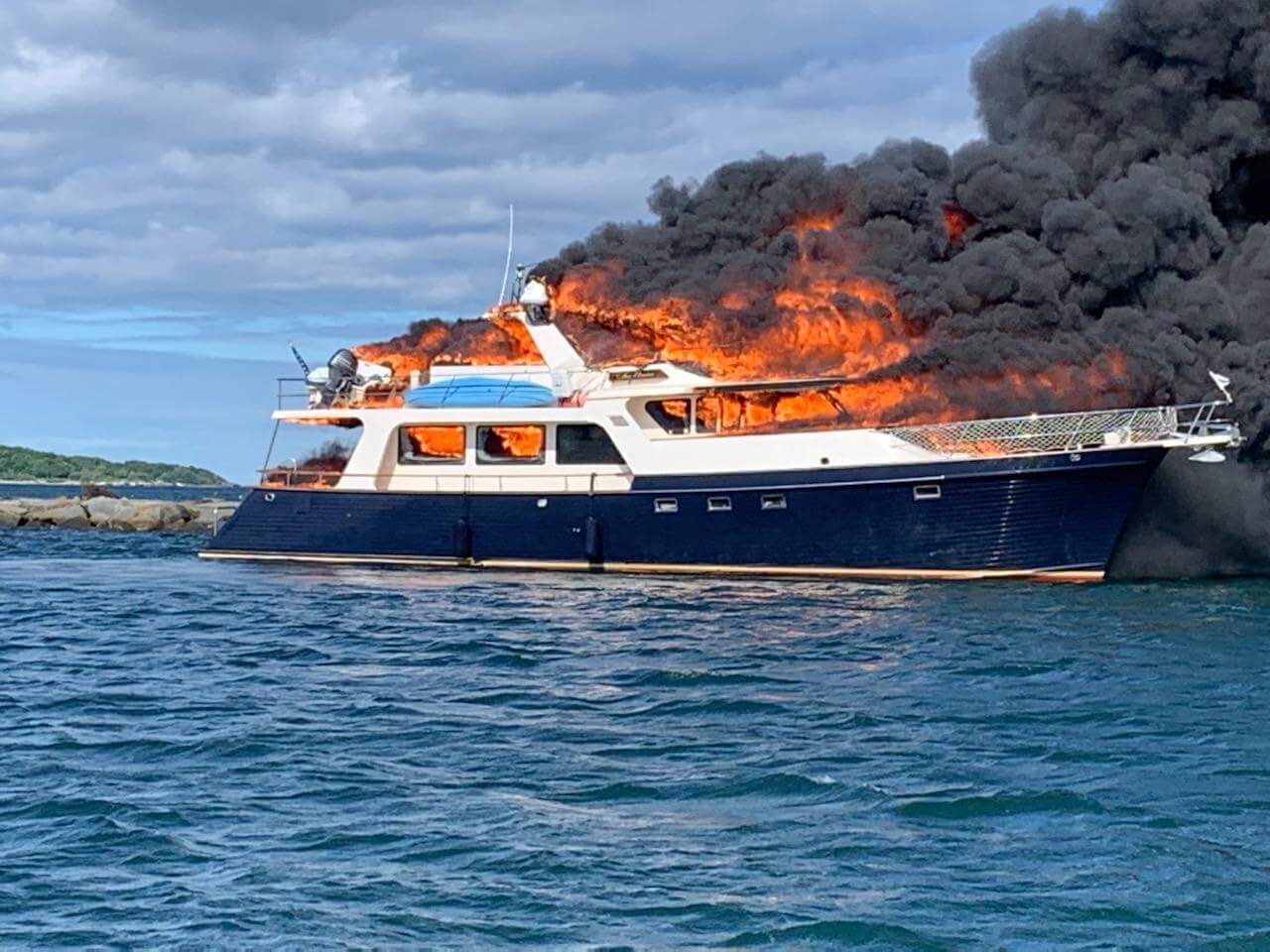 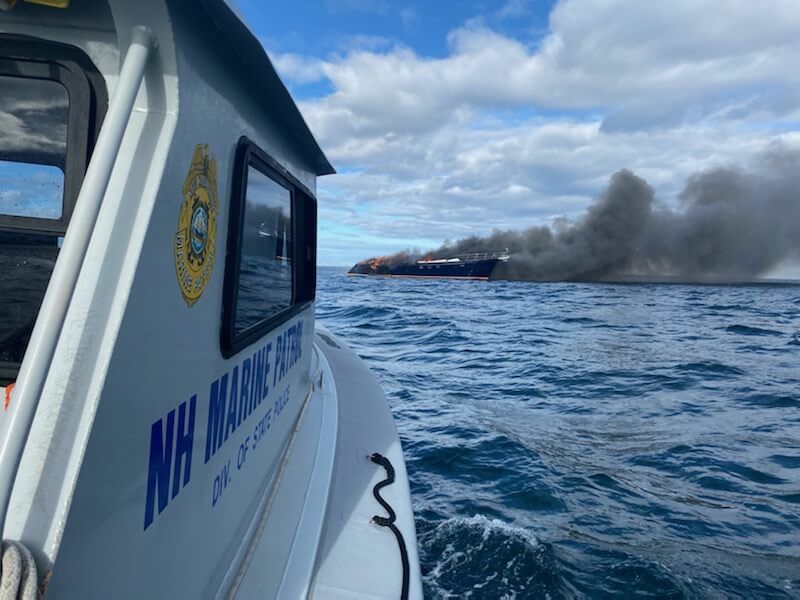 The boat drifted off out of the harbor on an outgoing tide, across the state line into Maine's waters. Several agencies attempted to save the boat, but the fiberglass-hull vessel burned to the waterline. Two hours after the fire broke out, the boat's remains went to the bottom just off Kittery, Maine.

The cause of the fire is not known, but the passengers reported that smoke was first observed belowdecks.

“This boat was their home. They lived on this boat, so everything they owned was gone," an officer with New Hampshire State Police Marine Patrol told local WMUR.