A Japanese dry bulk carrier transporting wood chips grounded during a storm and later broke apart off the port of Hachinohe on the northeast coast of Japan’s main island of Honshu. The Japan Coast Guard successfully evacuated the crew without incident and initially reported that the vessel was not in danger.

The 39,910 gross ton Crimson Polaris operated by NYK Line was reported to be inbound on August 11 from Thailand fully loaded with 44,000 tons of wood chips when the vessel encountered a steering problem. It was washed ashore by strong winds. Media reports indicated that the captain reported losing control although NYK said in a statement that the vessel had anchored outside the port due to the severe weather.

The Japan Coast Guard received a distress call from the vessel at around 7:50 a.m. local time. Shortly after 2:00 p.m., they began an airlift by helicopter lasting approximately five hours to ferry the 21 crew to shore. 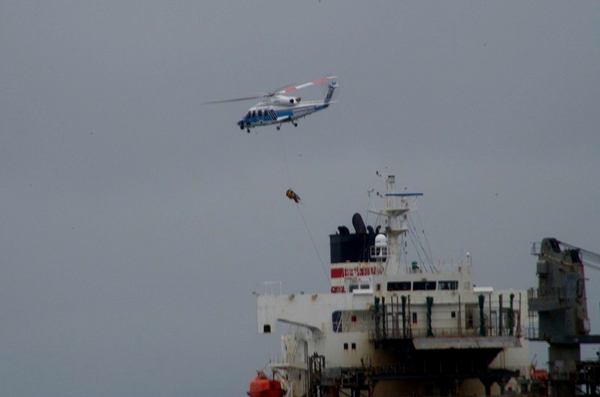 In its first report NYK said that some cargo had leaked from the vessel due to damage to the hull. The Japan Coast Guard reported that it had not seen an oil spill and they believed the vessel was safe. However, at 4:15 a.m. on August 12 the Crimson Polaris broke in two just forward of the deckhouse.

The wreck is approximately 2.5 miles offshore. An undetermined amount of oil has reportedly spilled with an investigation and containment efforts underway.

The vessel was built in 2008 and owned by MI-Das Line (Doun Kisen) and registered in Panama.  It was managed by Misuka Kaiun. It was a dedicated wood chip carrier with dimensions of 656 feet in length and a 106-foot beam.

Additional details are expected after a briefing from the Japan Coast Guard. 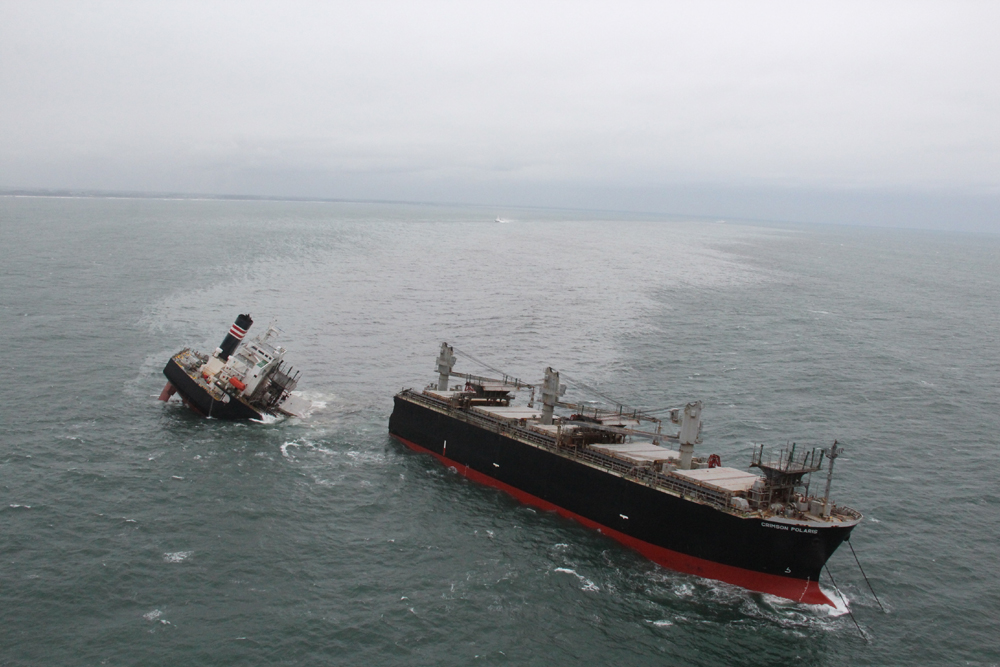 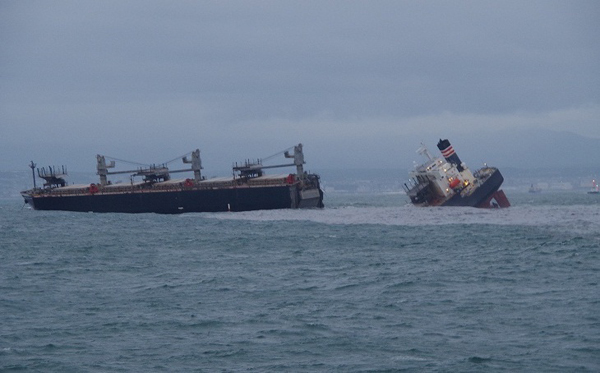