On Wednesday, a large fire broke out at a petrochemical plant in Port Neches, Texas, a hub for petchem manufacturing on the Beaumont-Sabine Pass ship channel. It is the fourth major fire at a Texas chemical facility this year.

At about 0100 hours local time on Wednesday, an explosion occurred at the TPC Group Port Neches Operations site, about one mile south of the Port Neches Motiva liquid bulk terminal. Two plant employees and one contractor were injured in the blast and were taken to the Southeast Texas Regional Medical Center and to Memorial Hermann in Houston for treatment. All other workers were evacuated for safety, and first responders began firefight efforts.

County officials have ordered everyone within a four mile radius to evacuate. The order covers all of Port Neches, Groves, Nederland and the northern portion of Port Arthur. To discourage looting, a 10 PM curfew has been issued for the affected area, and Gov. Greg Abbott has deployed additional police forces to augment patrols.

"What was likely the fourth explosion launched a column like a missile. If one of those columns were to launch again and land in a tank farm, it would have a more catastrophic outcome," Jefferson County Judge Jeff Branick told local media.

Incredible aerials of the fire at the TPC plant in Port Neches. Everyone within a 4-mile radius of the plant is asked to evacuate. STORY | https://t.co/FGYHV2w1p7 pic.twitter.com/FZLt4JPsn9

According to TPC, the first blast occurred in the facility's south processing unit at a tank containing the gas butadiene, an intermediate chemical used for making synthetic materials like neoprene, nitrile rubber and ABS plastic. It is flammable, explosive and carcinogenic, but it dissipates and degrades rapidly in the environment.

The blast broke windows in surrounding parts of Port Neches. TPC says that it is working with its insurer to establish a claims processing hotline for area residents who were affected by the fire. Law firm Provost Humphreys has already filed a class-action lawsuit against TPC on behalf of the plant's neighbors, alleging that the explosion damaged commercial and residential property. 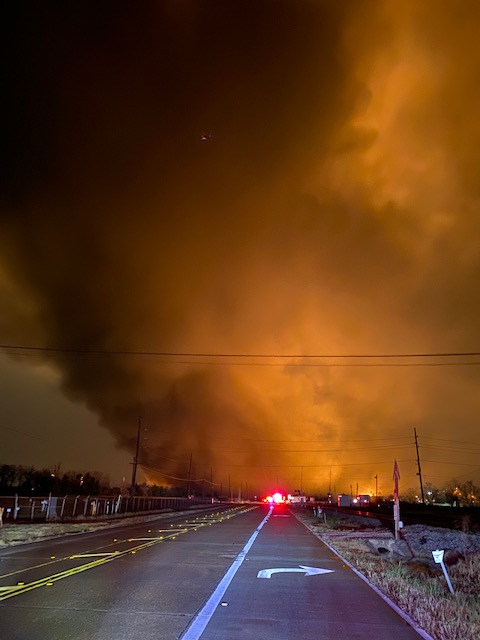 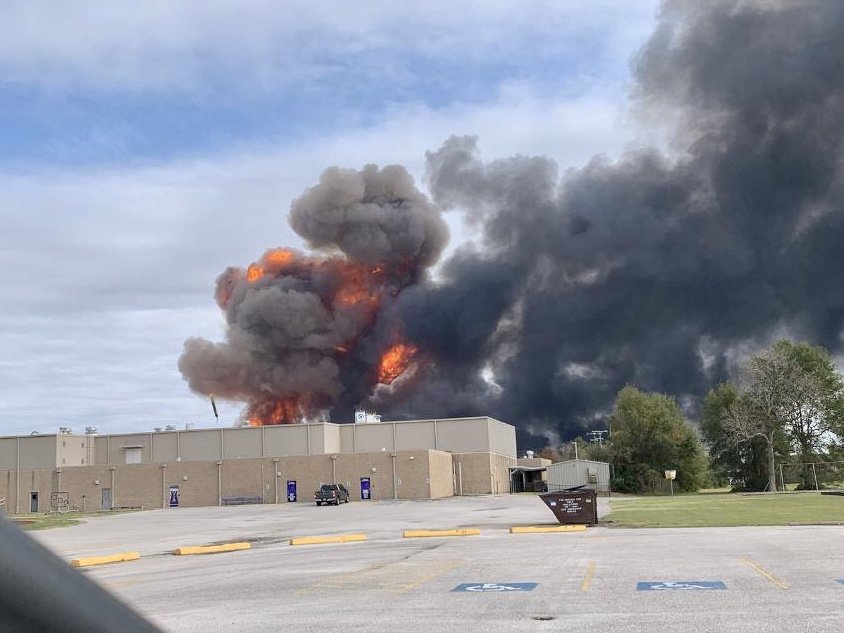 The TPC Port Neches facility produces about 900 million pounds of butadiene and raffinate per year. It delivers its goods to market by pipeline, barge, rail and tank car. According to reporting by the Texas Tribune, the plant has been out of compliance with federal clean air laws since 2017 and is considered by the U.S. EPA to be a high priority violator.

The blast comes one week after the EPA rolled back a set of chemical plant risk analysis requirements known as the Chemical Disaster Rule. If it had been implemented, the regulation would have required plant managers to conduct advance coordination with first responders, carry out near-miss and root-cause analyses, and increase the public's access to disaster planning information.

TPC is privately held. In 2017, it posted revenue of $1.5 billion, and prior to the plant damage, it said that it expects to expand production when the new wave of Gulf Coast ethylene plants increases its feedstock supply.

The Port of Rotterdam has experienced a jump in demand for LNG, bio and low-sulfur bunkers over the past year. In December 2019, sales of low-sulfur bunker oil with a maximum sulfur content of 0.5 percent, VLSFO, accounted for 62 percent of the fuel oil sold. Over the entire last quarter, 48 percent of the fuel oil sold was VLSFO. The largest amount of bunkers sold in Rotterdam are for intercontinental transport. In addition to the sales of VLSFO, the...

Wärtsilä, Carnival Maritime and HVCC Hamburg Vessel Coordination Center (HVCC) have tested a new solution for just-in-time sailing on two cruise ships. The new functionality has been been incorporated into Wärtsilä's Navi-Port system. It enables the seamless exchange of data between ship and shore under real-life conditions, with the aim of eliminating avoidable excesses of speed and enabling optimal port arrival. Ships frequently sail faster than necessary in order not to miss valuable berthing slots, only to find themselves having...