Operational Sentinel has joined the U.S. Navy's efforts to test a proven long-endurance research drone for surveillance work in the Persian Gulf, where maritime domain awareness is a major component of the mission set.

Operation Sentinel - a multinational security task force currently headed up by the Royal Navy - has tested a militarized version of the U.S.-built Saildrone for use in maritime security.

The task force is responsible for the security of merchant shipping in the Strait of Hormuz and the Bab-al-Mandeb. It was founded in 2019 after a wave of tanker attacks in the region, allegedly carried out by Iranian forces. While not explicitly oriented towards Iran, the coalition was set up for "surveillance of and security in key waterways in the Middle East to ensure freedom of navigation in light of recent events," U.S. Central Command said in 2019.

Surveillance is key to its mission. Operation Sentinel can draw on aerial and satellite surveillance, but on-the-water presence is hard to replace. A recent exercise on the approach to Bahrain suggests that Saildrones could help extend its reach. 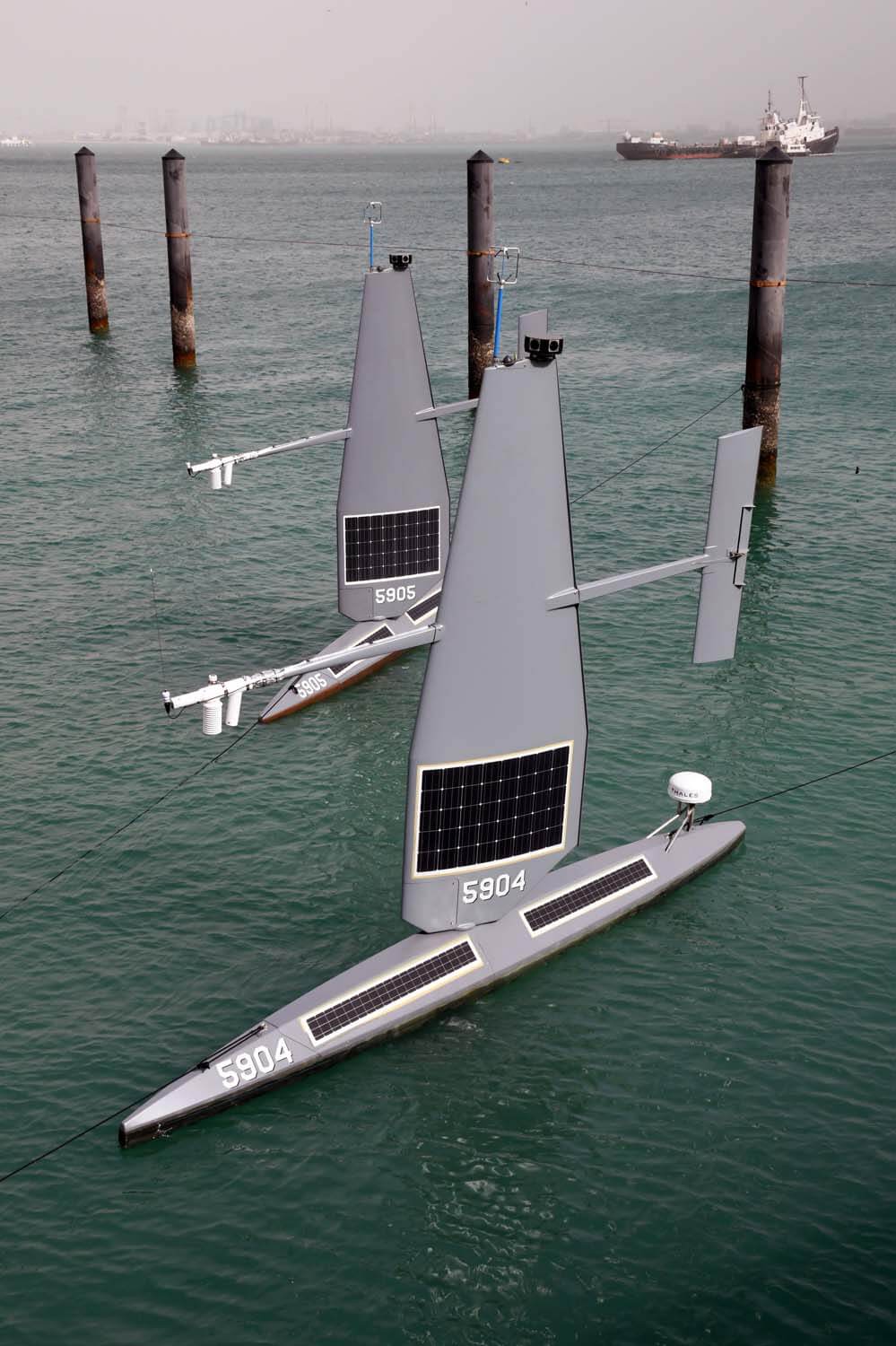 The task force uses a combination of small patrol vessels for monitoring and larger warships to provide reassurance and protection to international merchant shipping on the busy waterways of the Persian Gulf. Saildrones are already in use with the US Navy, and the service loaned a few of them to Operation Sentinel to see how they might use them on a security patrol alongside manned ships.

The drones use wind and solar polar to patrol back and forth in preset areas. In the trial, the two Saildrone units alerted the Operation Sentinel headquarters ashore to the presence of a vessel approaching Bahrain.

The staff then dispatched a Bahraini patrol vessel, the Al Muharraq, to intercept and investigate. Once it had confirmed the vessel as an innocent merchant ship, the Al Muharraq returned to its original patrol. The drones resumed their steady task.

“This exercise was a perfect demonstration of our progress towards delivering a genuinely 'digital ocean,' one where navies increasingly employ a combination of manned and unmanned systems, on, above, and below the surface,” said Operation Sentinel's commanding officer, Commodore Don Mackinnon.