NS Qingdao's Reactive Cargo is Being Dumped Into the Sea

In a blog post published Wednesday, the South African Maritime Safety Authority announced that there has been a change of plans for the disposal of the "problematic water-reactive cargo" aboard the bulker NS Qingdao. Instead of lightering, chemical neutralization and shoreside burial, it is being dumped into the sea.

In October, the NS Qingdao was ordered away from the Port of Durban after she began to emit large quantities of "toxic fumes" from her holds. Samsa ordered the vessel to depart and head for a safe anchorage, and under escort, she headed for St. Helena Bay - some 850 nautical miles away on the Atlantic coast of South Africa - so that she could ventilate her hatches offshore. She carried "a full team of salvors, chemical experts, hazmat teams and other emergency personnel on board" to manage the risk, according to SAMSA COO Capt. Vernon Keller.

At the time, Capt. Keller said that the salvage plan called for the vessel to discharge her reactive cargo into skips. It would then be chemically neutralized and landed ashore at an approved dumping site for final disposal.

Under the new salvage plan, 1,500 tonnes of the ship's cargo are being dumped into the sea. A trackhoe has been delivered to the ship and lowered into the hold to facilitate removal, and the work is already well under way. 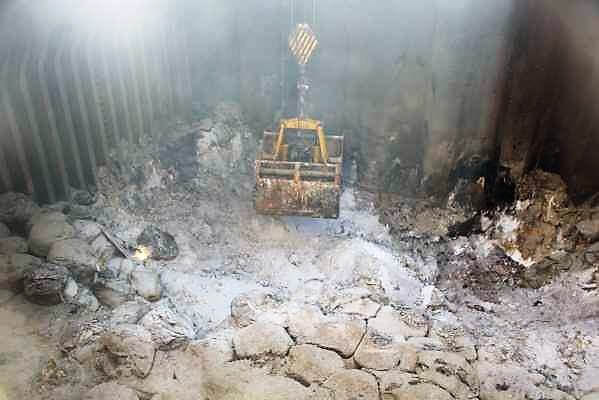 In an update Thursday, SAMSA said that it has working round the clock to manage the situation, which is made particularly challenging by the nature of the cargo. It is not just one bulk commodity: The ship is carrying sodium metabisulphite; magnesium nitrate hexahydrate; caustic calcined magnesite; electrode paste (a calcined mixture of asphalt and coal); monoammonium phosphate; ferrous sulphate monohydrate; zinc sulphate monohydrate; dicalcium phosphate; sodium sulphite (anhydrous); and calcium chloride. With the exception of electrode paste, which is used in steelmaking, most of these cargoes are commonly used as fertilizers and industrial reagents.

“The vessel is currently anchored off St Helena Bay and an emergency dumping permit has been obtained from the Department of Forestry, Fisheries and the Environment to dump the reacting cargo at sea," SAMSA said in an update. “To date more than 1,000 tonnes of the cargo has been taken out of the vessel and it is expected that the remaining hotspots will be removed and dumped by 15 March 2022."

Tracking provided by Pole Star shows that over the course of the past month, the vessel has been making regular trips to a location about 150 nm offshore, loitering in a holding pattern at low speed for days, then returning to St. Helena Bay. 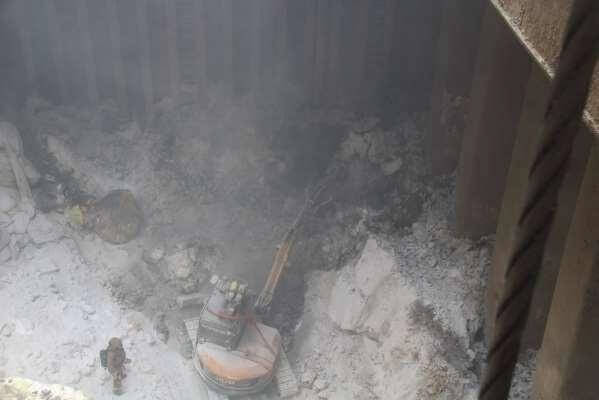 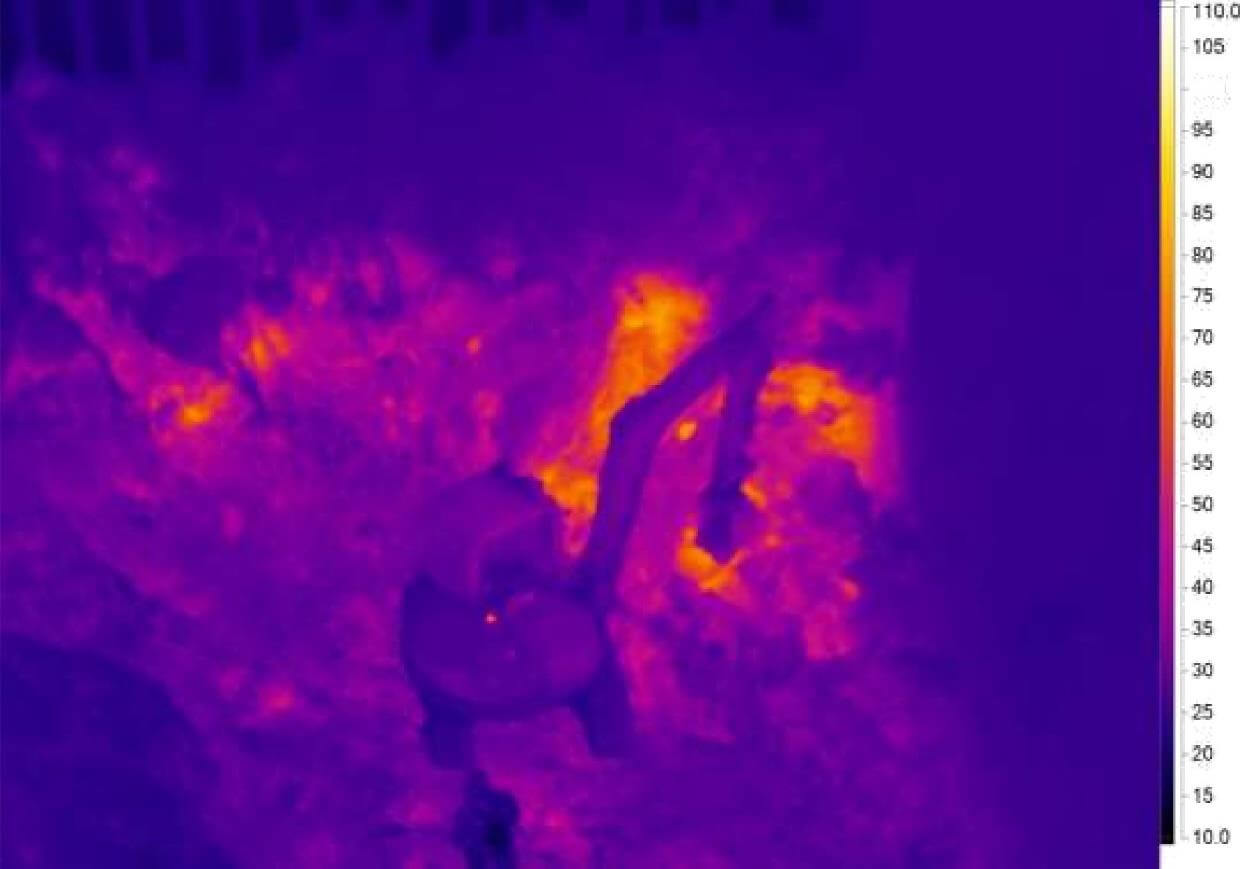 Infrared imaging provided by SAMSA suggests that some of the cargo is still quite warm (above). Luckily, SAMSA reports that NS Qingdao has no obvious signs of structural damage, and she will return to port once the dumping process is complete. At that point, she will be inspected for safety before she is allowed to carry on to her next destination.