Over the weekend, Coast Guard crews responded to a migrant vessel capsizing off the coast of Little Torch Key. Nine passengers were rescued and six bodies were recovered from the water.

The cruise ship Disney Fantasy briefly assisted in the search, though the Coast Guard conducted all of the rescue and recovery operations.

A message from our Cruise Director informing guests we are participating in a search and rescue operation with the Coast Guard #DisneyCruise #DisneyFantasy #DisneyCruiseLine pic.twitter.com/A1Dikj4JnX

Some of the survivors were equipped with life vests, according to first responders.

"Very rarely do we see people on these illegal voyages wear safety equipment," said Cmdr. Richard Armstrong, deputy sector commander, Sector Key West. "And that certainly saved their lives in treacherous sea conditions. Our condolences go out to the family and friends of those who are presumed lost at sea."

This appears to have been the second in a series of tragic casualties in rough winter weather in the Florida Straits. One of the rescuees told the Coast Guard that he had survived two capsizings on his crossing. He departed Playa de Jaimanitas, Cuba on November 13 with a large group of people on a different vessel. That first vessel capsized, and he was the sole survivor.

He was rescued by another group of 18 Cubans in a second vessel, some of whom were wearing life jackets. This vessel was the one that capsized off Little Torch Key with the loss of at least six lives.

On Monday morning, the U.S. Coast Guard and U.S. Border Patrol rescued over 180 people from an overloaded sailing vessel off the Florida Keys.

The migrant vessel, loaded with Haitian nationals, was transiting near the Keys in rough weather. Seas were about 8-10 feet and winds were about 20 knots, according to the Coast Guard. During the rescue, the boat ran aground on a sand bar off of Whale Harbor, Islamorada, and multiple people jumped over the side. 18 individuals were rescued from the water, according to the U.S. Border Patrol. Despite the hazards of the situation, there were no casualties. 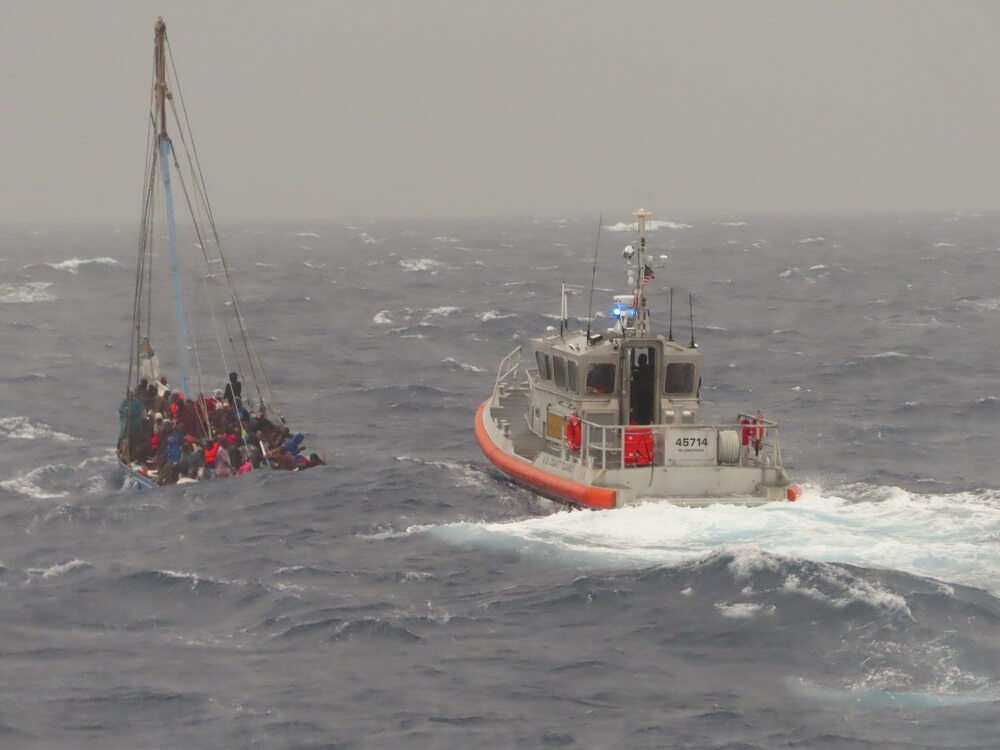