Offshore wind projects and turbine manufacturers are continuing the race to scale up their projects to meet global power requirements. Seeking to increase efficiency and lower costs, manufacturers are introducing new, larger, and more efficient turbines.

Vestas Wind Systems unveiled its latest model and it is a giant that becomes the largest turbine design yet proposed. Standing over 855 feet tall, the offshore wind turbine will have swept area exceeding 43,000 m2, making it the world’s largest and provide a capacity of 15 megawatts. Known as the V236-15.0 MW the company expects to install the prototype in 2022, while production is scheduled for 2024.

“Introducing our new offshore platform is a huge achievement for everyone at Vestas, as it marks a big leap forward in a very important journey,” says Henrik Andersen, Vestas President and CEO. “As a global renewables leader, every decision Vestas takes today must be in service of building scale for renewables in the future - only by doing this can we ensure a more sustainable future energy system. Offshore wind will play an integral role in the growth of wind energy and the V236-15.0 MW will be a driver in this development by lowering levelized cost of energy thus making our customers more competitive in offshore tenders going forward.” 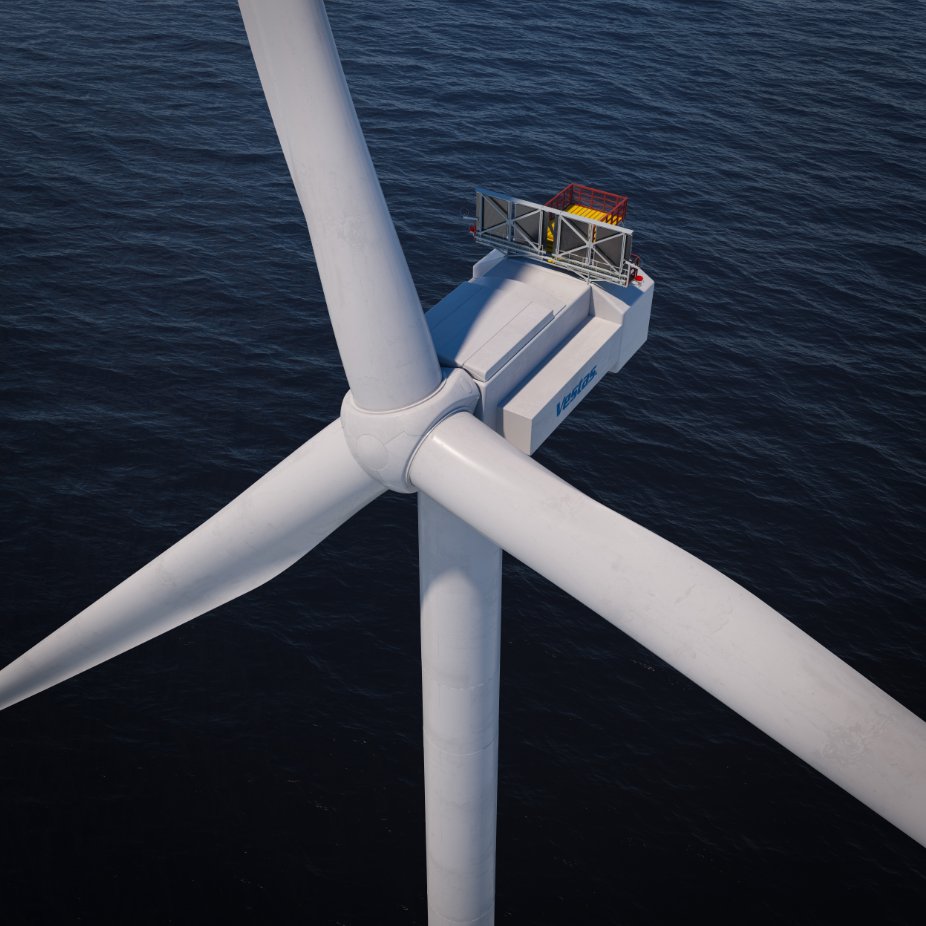 Extolling the virtues of the larger system, Vestas says that it expects that it can move the boundaries of wind energy production to around 80 GWh/year, enough to power around 20,000 European households and save more than 38,000 tons of CO2. That would be equivalent to removing 25,000 passenger cars from the road every year.

“With the V236-15.0 MW, we raise the bar in terms of technological innovation and industrialization in the wind energy industry, in favor of building scale,” says Anders Nielsen, Vestas Chief Technology Officer.

Each blade on the turbine will measure nearly 380 feet making them 25 feet longer than the current 355 foot blades on a system manufactured by Siemens Gamesa. Combining the wind industry’s largest rotor with the highest nominal rating, Versa says will deliver excellent performance while reducing the number of turbines required in the project to achieve the objectives. The new turbine will offer 65 percent higher annual energy production than the current 9.5 MN models and for a 900 MW wind park, it boosts production by five percent with 34 fewer turbines. Versa says it is also designed to offer excellent partial-load production, resulting in more stable energy production, and a capacity factor over 60 percent depending on site-specific conditions.