By adding new engines and automation systems aboard a high-speed ferry, Spanish operator Balearia reports that it has been able to significantly lower fuel consumption and emissions in effect providing new life for a 25-year-old vessel. The upgrades were undertaken with Rolls-Royce's new mtu engines and automation and remote access systems, and according to Balearia and Rolls-Royce have truly future-proofed the high-speed catamaran Avemar Dos.

The Avemar Dos catamaran was built in 1996 by the Austal shipyard in Australia. It went into service in 1997 and following several changes of owner was taken over by ferry operator Balearia in 2008. It originally served the Strait of Gibraltar route between Algeciras and Ceuta. Now the new repowered ferry plies between the mainland port of Denia and the Balearic Islands of Ibiza and Majorca. The 269-foot-long catamaran can accommodate 855 passengers and 174 vehicles.

During the recent upgrades, four new-generation mtu 20V1163 M84 units replaced the previous 1163 Units. Fuel consumption and as result its CO2 emissions were lower by eight percent versus the previous propulsion system. Furthermore, the new engines are delivering the same power output, but with a 33 percent reduction in nitrogen oxide emissions. The vessel is now meeting the requirements of the IMO Tier II emissions standard. 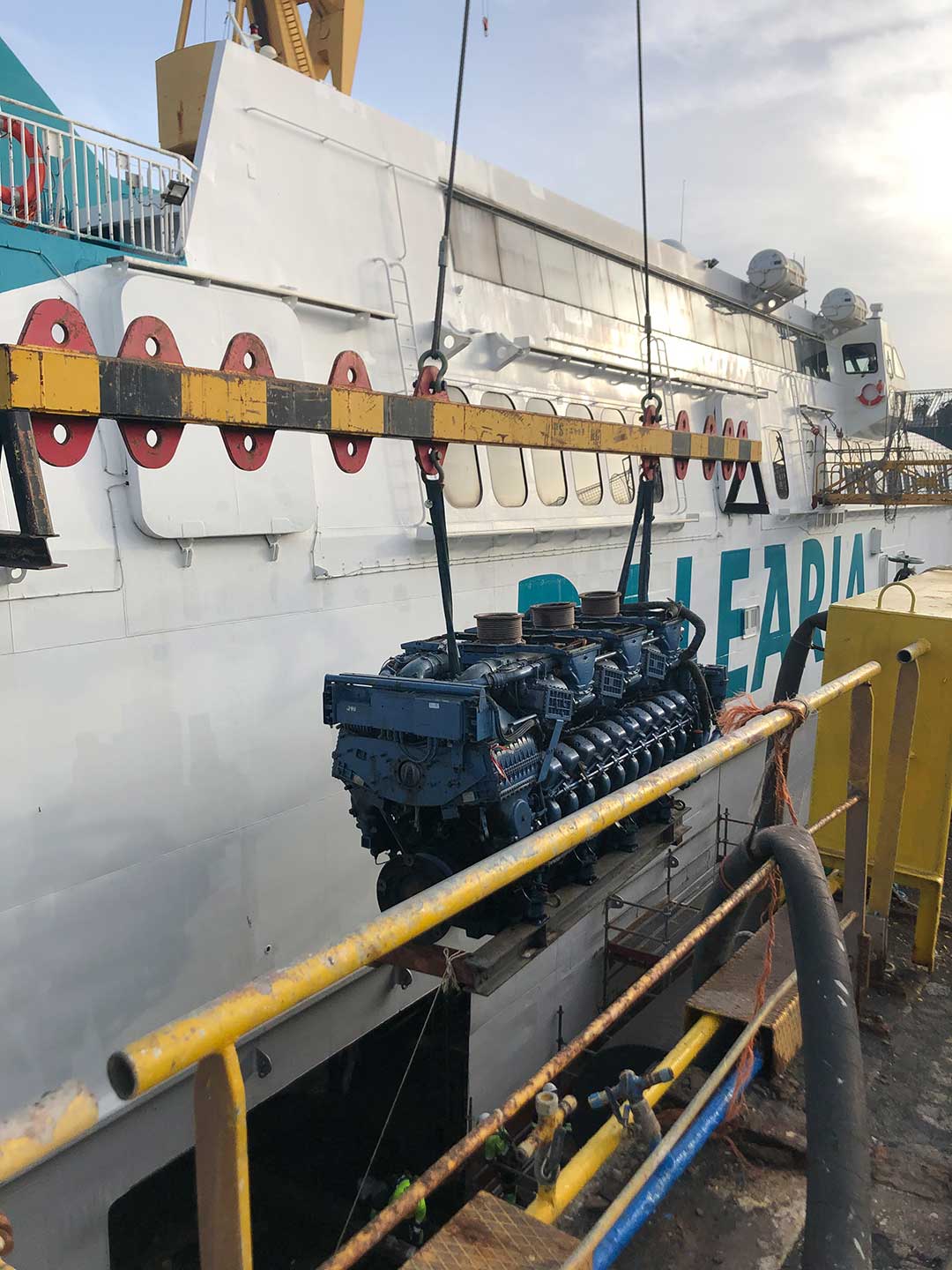 The ferry's automation system has also been renewed. The automation not only controls and monitors engines and gearboxes, but numerous other crucial ship systems such as fuel tanks and on-board generator sets. That means that the crew can benefit from an all-round view of the ferry. The new ship automation system brings not only new software, but new screens and computers with interfaces to other systems on board.

Further enhancing the operations, a digital platform allows the ferry's operator to remotely access the vessel's operating data at any time, monitor its condition and predicatively plan maintenance.

Besides the Avemar Dos, the Ramon Lull high-speed ferry was recently re-powered using Series 4000 mtu engines. Other high-speed ferries, like Nixe and HSC Formentera Direct, have used mtu propulsion since going into service.