Safety of navigation deficiencies have topped the Indian Ocean MOU list of deficiencies for the fourth consecutive year.

The statistics are available in the newly-released sixteenth annual report. Statistics for the year ending December 31, 2014 indicate a total of 6,059 inspections were carried out with 3,469 inspections finding deficiencies. The total numbers of deficiencies were 16,856. 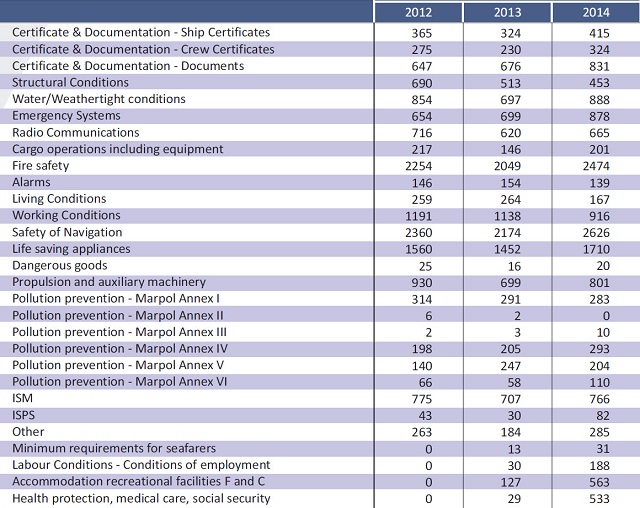 Bulk carriers were found to be the vessel type with the most deficiencies. 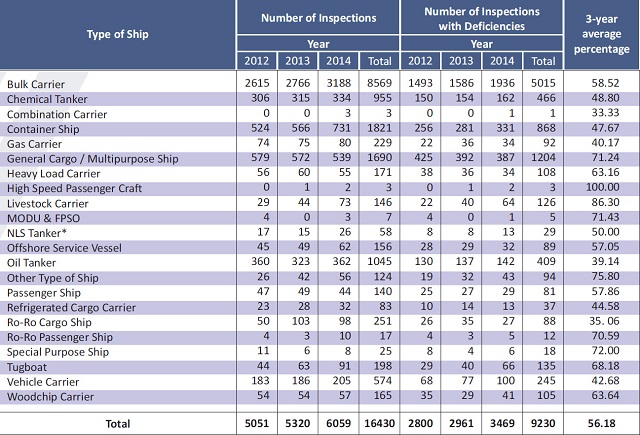 Deficiencies by Recognized Organization were topped by ClassNK by number (not percentage). 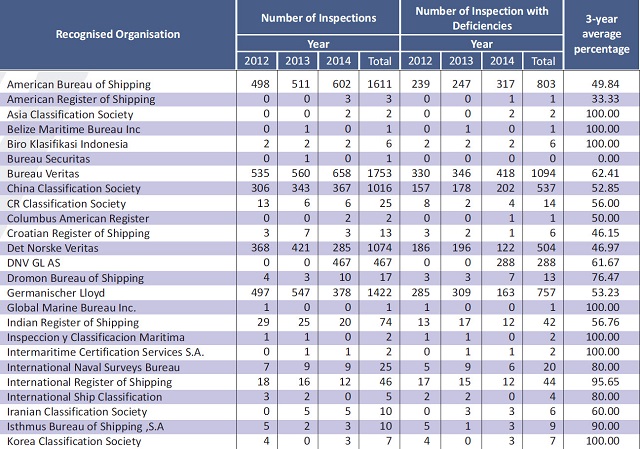