The Port of Mumbai on the west coast of India has remained busy during the coronavirus crisis. Recently the port has become a center of activity for crew members returning home from the cruise ships with several unique arrivals in the port.

On June 15 and 16, the Port of Mumbai received one of the world’s largest cruise ships providing both safe and secure homeward passage for Indian seafarers but also arrange for a unique transfer of crew to facilitate additional homeward voyages.

Celebrity Cruises ship, the Celebrity Infinity, arrived in Mumbai after an extended voyage that had started in Miami with stops in the Azores, France, Greece, and transiting the Suez Canal. During the call, it was planned that she would disembark 910 Indian crew members that had been transferred to the ship from various cruise ships in the Celebrity and Royal Caribbean International fleets. After the stop in Mumbai, the Celebrity Infinity was scheduled to proceed to Goa.

Anchored at Mumbai was Royal Caribbean’s cruise ship the Anthem of the Seas which had also made an extended voyage from the United States to Europe and transiting the Suez Canal. Among the 3,000 people aboard this cruise ship were 912 who it was planned would disembark and travel by road to Goa because the Anthem of the Seas is too large to dock in Goa. Instead, with assistance from the Indian authorities, these crew members were transferred at Mumbai to the small cruise ship, the Celebrity Infinity, for the journey to Goa.

All of the necessary arrangements were pre-planned and customs and immigration procedures were completed at the BPX terminal with a total of 2,736 crew handled over two days on June 15 and 16. The Anthem of the Seas transferred the 912 crew members and a total of 1,822 Indians were signed off in Mumbai from the two cruise ships.

This was just the latest in a series of cruise ships that have been handled at Mumbai or are expected to arrive in the port in the coming weeks. To date, the Indian authorities report that over 8,100 crew members have been repatriated through Mumbai starting in late April with the cruise ship Marella Discovery followed by the Seven Seas Voyager. Royal Caribbean International’s Ovation of the Seas, another of the world's largest cruise ships, also returned 870 crew members.

Currently, three more cruise ships, Carnival Cruise Line’s Carnival Fascination and Carnival Liberty, and Pullmantur’s Horizon are in the Mumbai anchorage, while the Carnival Splendor recently departed bound for Singapore. The Carnival Ecstasy is also heading towards Mumbai. By the end of the month, Indian authorities are projected that as many as 12,000 cruise ship crew members will have passed through the port.

The current cruise ship traffic is in addition to the port of Mumbai’s normal cargo traffic. Since the beginning of the coronavirus crisis, the port has remained open handling more than 300 vessels and nine million metric tons of cargo.

“During the lockdown period, Mumbai Port has continued to handle a large range of cargo such as steel, sugar, pulses, fertilizers, cement, motor vehicles, crude oil and chemicals, among others, at its berths in Indira Docks, Marine Oil Terminal-Jawahar Dweep, Chemical Terminal-Pirpau, and midstream,” said, Sanjay Bhatia, Chairman Mumbai Port Trust. “The port has been in the forefront in supporting seafarers by helping them sign off at Mumbai Port.”

All of the ports in India have also contributed to assisting with crew changes and transfers. Ship manager Fleet Management Limited recently reported that it has arranged crew changes for over 430 seafarers aboard 34 vessels in 12 ports across India. In total, the Port of Mumbai Trust reports that over 2,000 crew changes had taken place in the port as of the beginning of June. 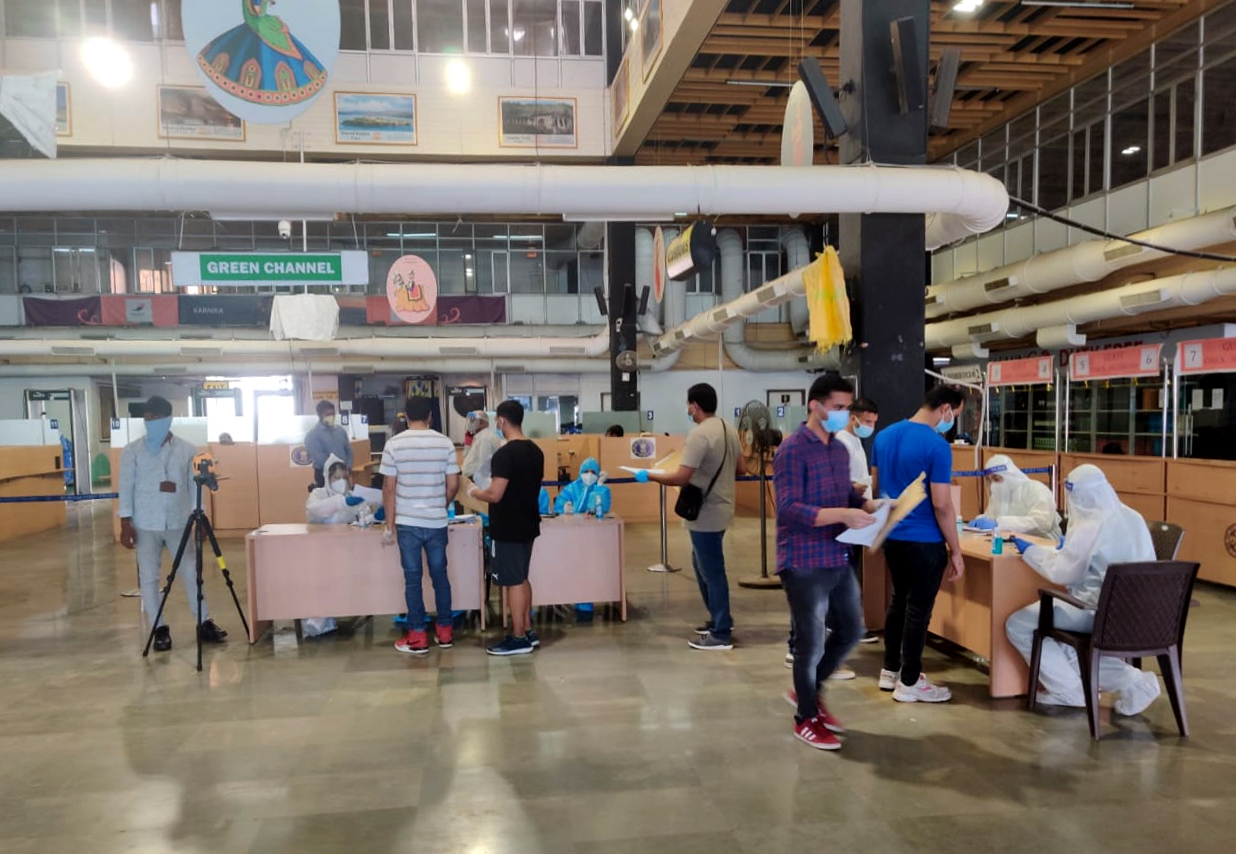