The third of four Ramform Titan-class vessels, the Ramform Tethys, was celebrated in a naming ceremony at the Mitsubishi Heavy Industries Shipbuilding yard in Nagasaki, Japan last week.

The Ramform Tethys is the most powerful and efficient marine seismic acquisition vessel in the world, and along with the first two Ramform Titan-class vessels, Ramform Titan and Ramform Atlas, the widest ships ever at the waterline.

These first two vessels were delivered to PGS in 2013 and 2014. The Ramform Tethys has been upgraded to include small modifications relating to equipment handling on the back deck and to have an increase in engine power up from the 23,040 kW of the earlier vessels.

"With the increased power output and the back deck modifications we are enhancing the Ramform Titan-class acquisition platform further. Productivity, safety, stability and redundancy are the key benefits of these vessels. Their ability to tow many streamers gives high data quality with dense cross-line sampling and cost efficient acquisition with wide tows," says Per Arild Reksnes, EVP Operations.

With such capabilities, the Ramform Tethys has tremendous flexibility and redundancy for high capacity configurations, says PGS. Increased work space and advanced equipment handling mean safer and even more robust operations. The Ramform concept design is made by Roar Ramde.

Ramford Tethys carries over 6,000 tons of fuel and equipment. 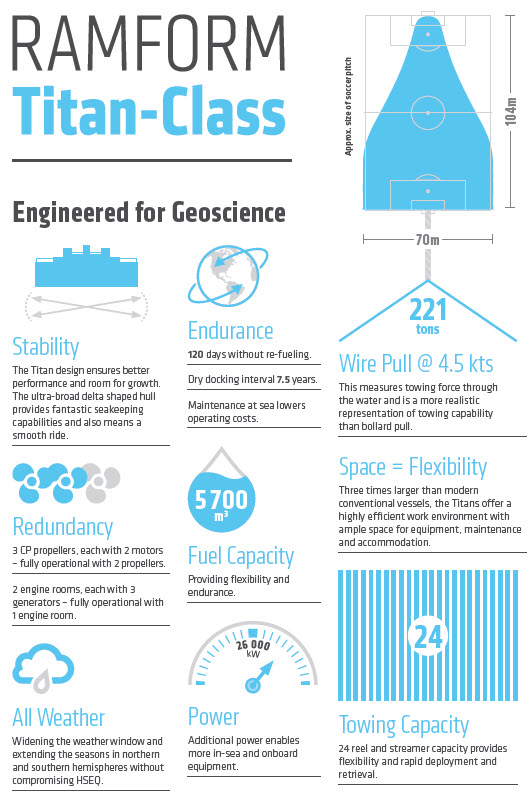 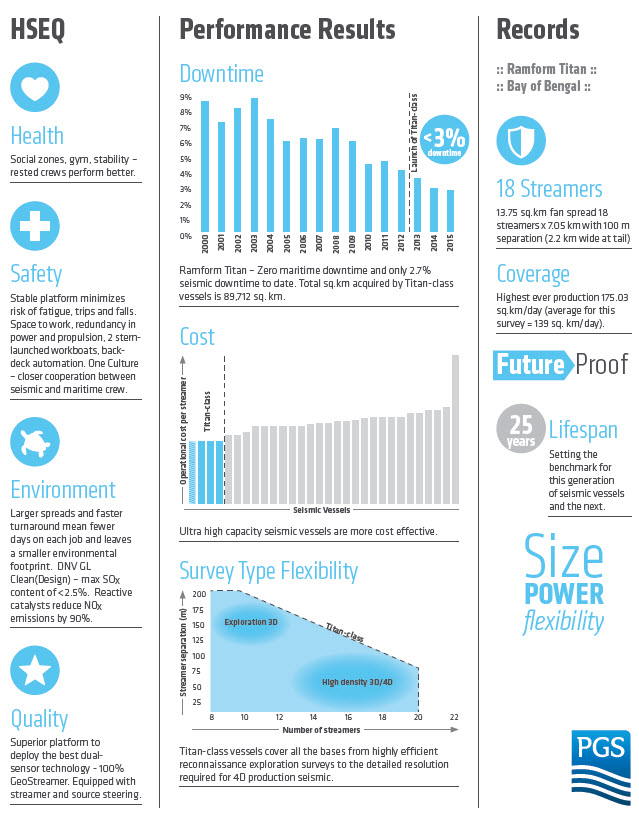