A U.S. Navy Military Sealift Command vessel rescued two Iranian mariners Nov. 27 from a fishing vessel that had been adrift for eight days in the Gulf of Oman. 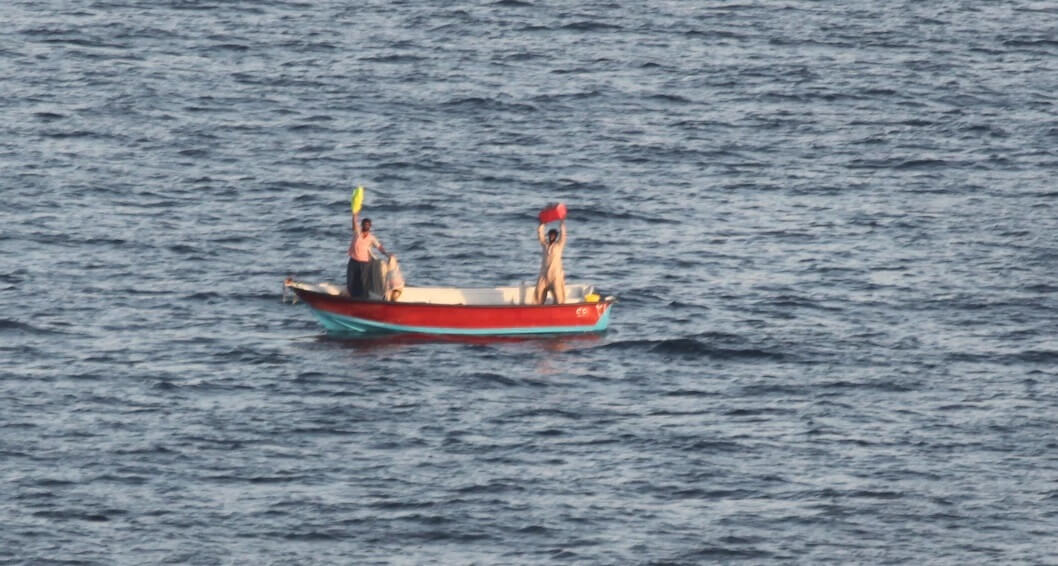 “This is what we are trained and ready to do,” said Vice Adm. Brad Cooper, commander of U.S. Naval Forces Central Command, U.S. 5th Fleet and Combined Maritime Forces. “As professional mariners, we have a responsibility to help people in need at sea.”

On Sunday, Charles Drew safely transported the mariners to an Omani coast guard vessel sailing near Muscat. The mariners were in good health and spirits at the time of the transfer.

“We appreciate the government of Oman for its assistance and support in helping us return the mariners home,” said Cooper.

Combined Maritime Forces (CMF) is supported by 34 nations and is the largest naval partnership in the world. Its vessels and personnel operate in the Red Sea, Gulf of Aden, Northern Arabian Sea, Gulf of Oman, Indian Ocean and Arabian Gulf.