Maritime history plays a central role in our national narrative, and DOT has a responsibility to protect and promote this rich legacy.  That’s why the Maritime Administration (MARAD) has partnered with the National Park Service (NPS) to use proceeds from MARAD’s Federal Ship Disposal Program to support the National Maritime Heritage program.  And April 27, MARAD and NPS announced the award of $2.7 million for 24 maritime heritage preservation and education projects.

Our agencies established this partnership to promote public awareness and appreciation for the Nation’s maritime heritage, and the projects we're awarding this year are exactly what we envisioned in 2013 when we entered into a Memorandum of Agreement with the National Park Service.

Since 2001, the Federal Ship Disposal program has recycled more than 200 Federally-owned merchant type vessels that reached the end of their operational life. This allows those vessels to continue serving their country, even beyond their active duty.  Steel from the ships can be reused to build new vessels as well as other transportation infrastructure.  Additionally, other valuable metals can be reclaimed, and oils onboard can be recycled.

Most importantly, upon the sale of these vessels to qualified U.S. ship recyclers, a portion of the proceeds allow for the preservation of our maritime legacy through the National Maritime Heritage Program, administered by NPS. Recycling these vessels provides a funding stream that can preserve our maritime resources for future generations –without expending tax dollars! 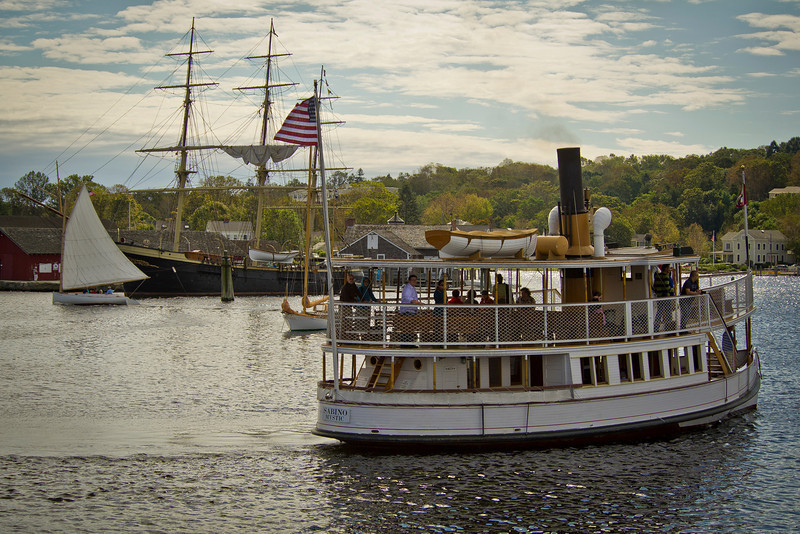 That said, you can understand why we're pleased to announce the upcoming FY2015 National Maritime Heritage Program grant application period, which begins on May 15 with approximately $1.7 million in available funding provided by MARAD.

Because of this Administration’s commitment to the environment, the rapid disposal of vessels from MARAD’s Reserve Fleets in Suisun Bay, California; Beaumont, Texas; and James River, Virginia, yielded a total of $60.9 million over the last five years in sales proceeds.   After transferring funding to NPS in FY2014 and FY2015, MARAD currently has approximately $5.5 million remaining which is sufficient to sustain the National Maritime Heritage Program through FY2018.

From commerce and transportation, to national defense and recreation, our maritime resources have been an important part of America’s story since before our founding.  This effective partnership between two Federal agencies has created a great opportunity to raise American awareness and understanding of marine transportation’s pivotal role in our past, present and future.

Posted by Paul “Chip” Jaenichen from Official US DOT Blog