In a statement released today, the Institute for Cetacean Research (ICR), the body behind the Japanese government’s whaling program, announced the return of the Japanese whaling fleet from its Antarctic operations. 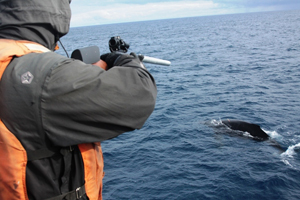 It is the first time that the Japanese whalers have returned to the Southern Ocean to slaughter whales since the International Court of Justice (ICJ) ruled its whaling program to be illegal in 2014.

The statement confirmed that 333 whales, including a number of pregnant females, have been harpooned in Antarctic waters by the whalers since December. 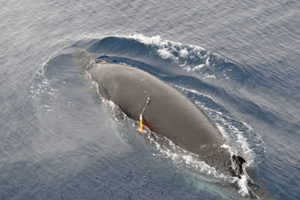 CEO of Sea Shepherd Global, Captain Alex Cornelissen, said, “Just a year and a half after the ICJ ruled Japan’s whaling program to be illegal, and just months after the Australian Federal Court ordered the whalers to pay a $1 million fine for illegally slaughtering whales inside the Australian Whale Sanctuary, the Japanese government has sanctioned yet another mass slaughter of protected Minke whales in the Southern Ocean. This rogue act is in blatant disregard of international law and diplomacy, and sets a dangerous precedent for all nations that respect the rule of law.” 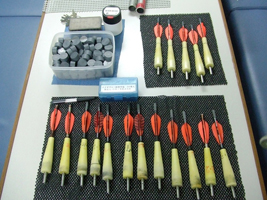 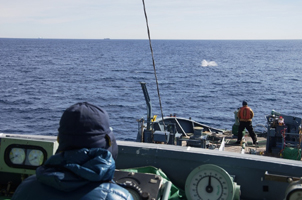 Chair of the Sea Shepherd Australia Board of Directors, Captain Peter Hammarstedt, said, “Sea Shepherd was handicapped by the new ICR strategy of expanding their area of operations and reducing their quota, meaning that the time to locate them within the expanded zone made intervention extremely difficult with the ships that Sea Shepherd is able to deploy.

“Sea Shepherd felt that this was an opportunity for the world’s government to demonstrate some resolve to uphold international conservation law. The Australia and New Zealand governments did nothing and this has served to illustrate that the only thing that has proven effective against the illegal Japanese whaling fleet has been the interventions by Sea Shepherd.

“Sea Shepherd will soon have a fast long-range ship, and more importantly Sea Shepherd has something that the Australian and New Zealand governments lack and that is the courage, the passion and the resolve to uphold the law,” he said. 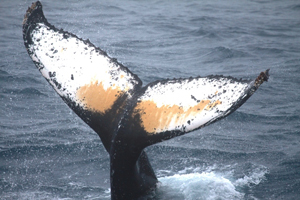 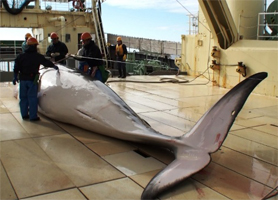