IUMI: Major Loses on the Rise

The International Union of Marine Insurance (IUMI) has released its 2019 statistical report, IUMI Stats, noting that while the market seems to have bottomed out in 2019, major losses are beginning to return.

There were nine major cargo vessel fires in 2019 which resulted in loss of life, injury and environmental damage. These fires had a strong economic impact, causing high costs to both the hull and cargo sectors. Recent statistics from the Nordic Association of Marine Insurers (Cefor) show that the larger vessels are most affected: 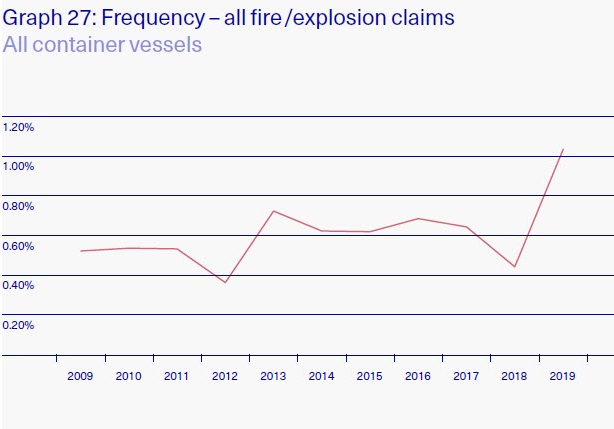 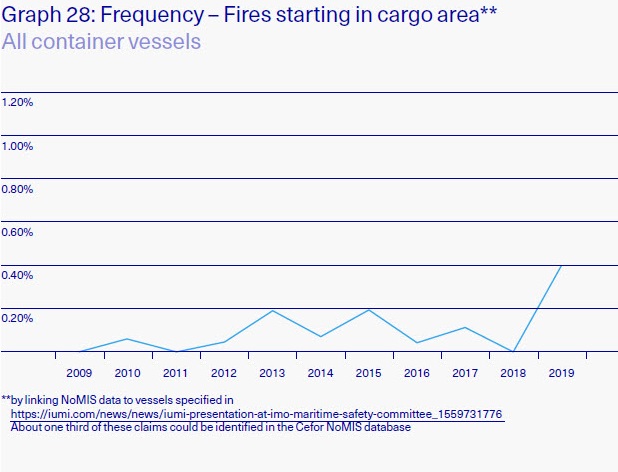 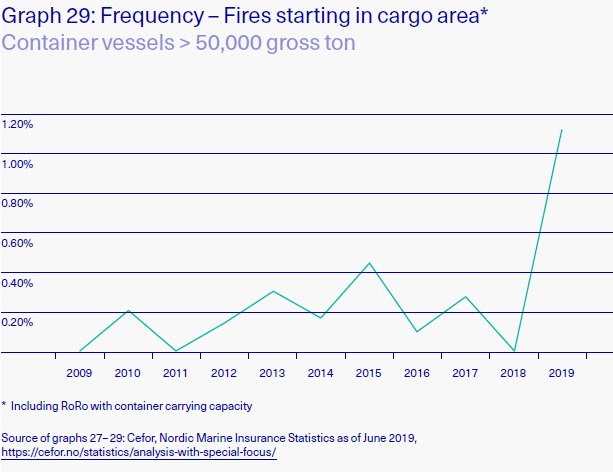 IUMI’s recent position paper recommends that firefighting systems should be arranged to segregate the ship into fire compartments where the fire can be isolated to prevent it from spreading. Onboard systems could then cool the containers and allow them to burn out in a controlled manner. Better prevention measures must also address the concerning rise in cargo misdeclaration.

The report also highlights that growth in global GDP has slowed to 2.7 percent amongst an increasingly uncertain political and trading environment. World seaborne trade reached 11 billion tonnes in 2018 and is forecast to grow by 2.6 percent in 2019.

The average vessel age is now 21.2 years. Growth in the world’s fleet has dropped to around two percent, with China’s dominance in shipbuilding and vessel ownership growing.

Additionally, an increasing share of the global marine business is being written from Asia, reducing the dominance of the European and, in particular, the London marine insurance markets.

Global hull insurance achieved premiums of $7 billion in 2018, unchanged from last year. Set alongside a growing global fleet and higher single risk exposure being driven by the trend for ever larger vessel sizes, the gap between income and risk covered continued to widen.