Two years after reporting that it was restarting its domestic shipbuilding efforts, Iran says that it has launched its second crude oil tanker in defiance of the international sanctions. The reportedly Aframax sized tanker is due for completion in the first quarter of 2021 built for an unspecified foreign customer.

Iranian news agencies released photos of the reported launch ceremony for the tanker. The reports said the vessel was 113,000 DWT measuring 820 feet in length and with a 144-foot beam. The vessel’s capacity was put at 113,000 metric tons (750,000 barrels) of crude. The officials quoted by the news agencies highlighted that it was entirely engineered in Iran. Forty percent of the parts were also reported to have been manufactured in Iran.

The tankers are being built by the Islamic Revolution Guards Corps (IRGC)-affiliated Sadra Company, which has long been under international and U.S. sanctions. The shipyard is in Bushehr on the coast of the Persian Gulf. 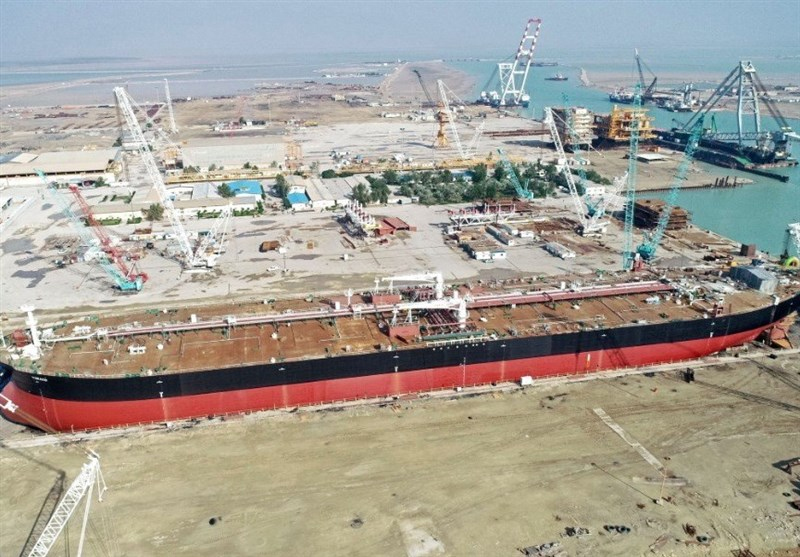 The Iranian news agencies reporting on the launching said it was meant to highlight the country’s independence and ability to build a broad range of vessels without help from foreign sources. They referred to the vessel as the second ocean going tanker built by Iran, but it was unclear if that was referencing a prior tanker built in 2012 as the first vessel and most of the pictures released appear to show the 2012 vessel which was named Sorocaima. At the time, they said that vessel was the first of several ordered by Venezuela, but after years of sitting idle was sold to Malaysian interests in 2018.

One photo released by the Iranian news agency Tasnimnews showed a vessel with the name Yoraco with a registry in Panama in the drydock. Other photos had banners covering many of the details of the ship.

At the beginning of 2019, a director of the National Iranian Tanker Company was quoted in the Tehran Times saying that the country was preparing to begin construction of tankers based on international standards. He said they had successfully restarted a ship repair operation servicing many of the company’s smaller tankers.

The Iranian officials and the news agencies used the unveiling of the new tanker as a propaganda event to taunt U.S. president Donald Trump. They called the event a “goodbye party” for President Trump taunting him on their success despite his efforts at sanctions.

They said the construction of the two tankers had raised the country $146 million in hard currency from foreign customers. The news agencies said that additional tankers, as well as the ongoing military ship construction, was planned for the shipyard. 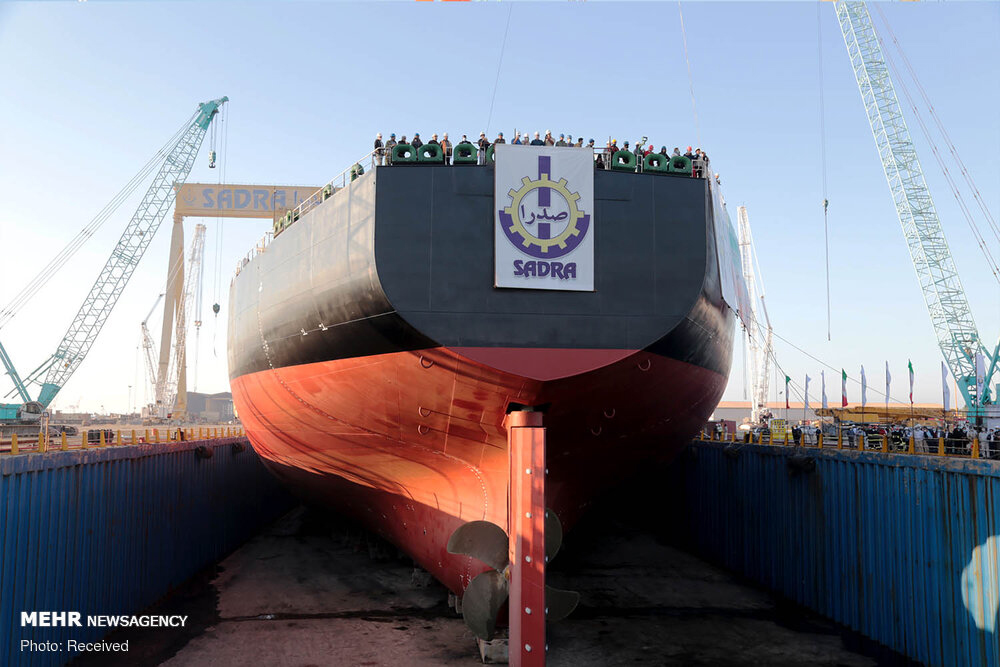