Investment Resumed at Taranto Italy and Expansion at Leixoes Portugal

Yilport Holding, which currently operates 22 ports around the world, is resuming the expansion of its European operations undeterred by the current slowdown in global shipping.

At Taranto, the company is working to develop a new gateway to Southern Italy, with an investment of $75 million over the next five years. The company has a 49-year concession on the San Cataldo Container Terminal (SCCT) in Taranto, committing to a total investment of over $450 million to resume and expand operations at the port.

Phase 1 of the project is commencing and it is estimated that it will take about a year to restore operations. The company has also committed to proceed with a second phase of the project designed to further expand and enhance the port.

At the beginning of May, an engineering team arrived at Taranto after having been postponed due to restrictions related to the spread of the coronavirus. During Phase 1, they will be working to recondition and reactive the equipment in the port which has sat idle for nearly six years.

The focus of the efforts is reconditioning the port’s cranes. This includes seven ship-to-shore cranes, five of which are being relocated, as well as 17 rail-mounted gantry cranes, a mobile harbor crane, two reach stackers, and two empty handlers, as well as the existing terminal tractors and trailers. The rail infrastructure will also be revamped and repairs and an upgrade of the water treatment system will also be completed.

“Even before our takeover in Taranto, we had already clarified the business strategy to be executed in the terminal as were highly aware of the potential the area offer,” said Robert Yuksel Yildirim. Chairman and CEO of Yilport. “After revamping Taranto Container Terminal, we’ll bring the annual capacity up to 1.5 million TEU. I believe there is a tremendous opportunity in Taranto.” 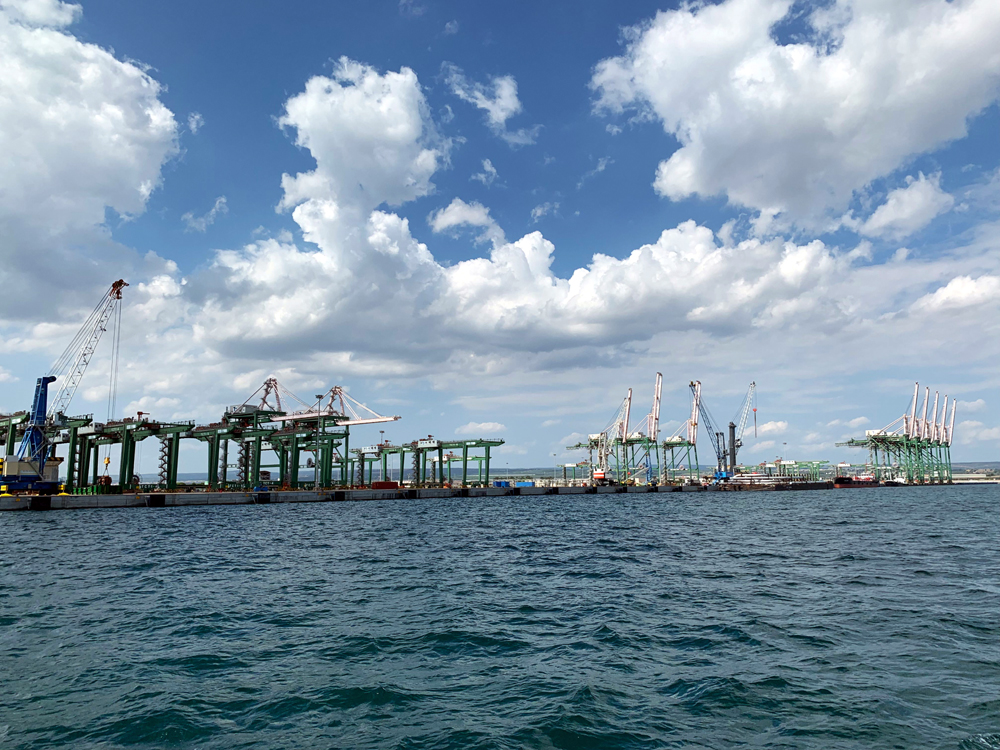 While work is commenced in Italy, Yilport Leixões, the largest seaport in the north of Portugal, is also continuing its equipment and infrastructure investments to increase capacity.

This comes as the port also reported a record first quarter in 2020. Cargo volumes were up nearly eight percent to over 180,000 TEUs. In terms of overall cargo, Yilport Leixões handled 5.3 million tons in the first three months of 2020.

To support increasing volume and handling capacity, Yilport is undertaking several projects, including a quay wall extension and dredging for a deeper draft of 16 meters as well as a yard capacity increase at the North Terminal. The Yilport Leixões Logistics Platform will provide improved depot and storage capabilities for empty and full containers and additional services such as equipment maintenance and repair.

Yilport also reported that the South Container Expansion Project is progressing with an estimated completion at the end of December 2020. This includes work on the port infrastructure and the installation of an intermodal rail yard, while normal operations are continuing at Yilport Leixões. Towards the end of 2020, they plan to implement a new terminal operating system used by Yilport Holding at all its locations.