An increasing number of cruise lines operating in International markets are announcing details for their resumption of service, while the lines operating from the United States continue to face uncertainty.

Hurtigruten, the Norwegian cruise line, resumed cruise service today embarking passengers in Bergen for a cruise north Crossing the Arctic circle on the first of four ships that it has announced would resume service in the coming weeks. Due to international travel restrictions, these cruises are currently mostly for Norwegian citizens but many believe it was a key step to beginning to resume cruise operations.

In Germany, the large tour operator TUI is also beginning to resume some of its tourist operations as travel restrictions are lowered in Europe. While the company has not yet announced dates for its cruises, they said cruises would resume this summer with what it is calling Blue Sea Voyages, short 3- and 4-day cruises sailing from Germany to the North Sea. Previously the company’s CEO had discussed his expectations saying that they would likely begin with cruises to nowhere or limited ports and more sea time. 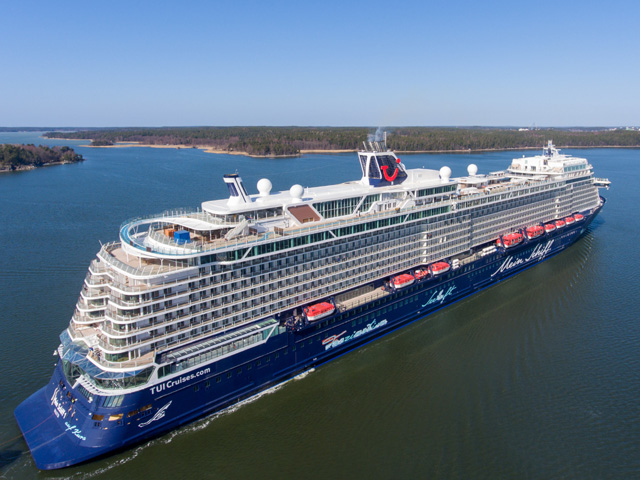 On the other side of the globe, Paul Gauguin Cruises, which sails from Tahiti announced its return to service as French Polynesia re-opens to international tourism on July 15. Its ship the Paul Gauguin will offer 7-night Tahiti & the Society Islands voyages departing July 11 and July 18, 2020, for the local French Polynesian market.

To prepare for the resumption of activity, Paul Gauguin Cruises and Ponant which owns the cruise operations are collaborating with the IHU (Institut Hospitalo-Universitaire) Méditerranée Infection of Marseilles as well as with the Battalion of Marine Firemen of Marseilles to develop appropriate safety protocols.

While these are seen as positive steps for the cruise industry, the North American lines are continuing to cancel voyages as they await more direction of the US Centers for Disease Control and Prevention. The CDC’s no sail order is currently scheduled to expire on July 24, but in updating its guidance for crew aboard the ships, the CDC today said it has not developed plans for passengers. It would only commit to saying that it continued to monitor the current situation.

Headquartered in Miami, Norwegian Cruise Line Holdings announced that it was extending its previously announced suspension of global cruise voyages to include all voyages embarking between August 1 and September 30, 2020, for its three cruise brands, Norwegian Cruise Line, Regent Seven Seas Cruises and Oceania Cruises. The company said that the voyage cancellations exclude September Seattle-based Alaska voyages but noted that it was also canceling select voyages through October 2020, including Canada and New England sailings, due to travel and port restrictions.

Holland America Line, one of the brands owned by Carnival Corporation, also announced that it is extending its pause of cruise operations and canceling additional departures from the port of Vancouver, British Columbia, Canada, in 2020, as well as select Hawaii itineraries for early 2021.

The cancelations of cruise service continues to be regional in nature dependent on the regions or individual country's restrictions. Even in Europe where some operations resuming, others such as the cruise companies in England and Spain have been forced to extend their pauses in operations. Both Cunard Line, which sails primarily from the UK, and Pullmantur which operates in the Spanish market recently announced that they were canceling their scheduled cruises until November 2020.

While they are encouraged by the growing number of firms resuming operations, industry analysts have also begun to speculate that the global return to cruising may well be delayed until 2021.

Celebrating its return to service, Hurtigruten released a short video: