The target is calculated on a per-tonne-mile basis, and it does not govern total CO2 emissions from shipping. As trade volume is expected to grow, the industry's total CO2 emissions may still rise in about the same manner that they would without regulation, according to environmental watchdogs.

The carbon intensity target is half of the 22 percent target proposed by several Western nations at the meeting. The final outcome has been widely panned as an example of the IMO's difficulty in finding agreement on shipping's carbon emissions.

"Since [MEPC 76's] short-term measures to address greenhouse gas reductions from shipping [are] so weak, it will mean no reductions in CO2 emissions in the coming five years," tweeted Clean Arctic Alliance scientific advisor Sian Prior. "For the next 10 years, shipping's climate heating emissions will likely increase, especially in the Arctic where shipping is set to expand." 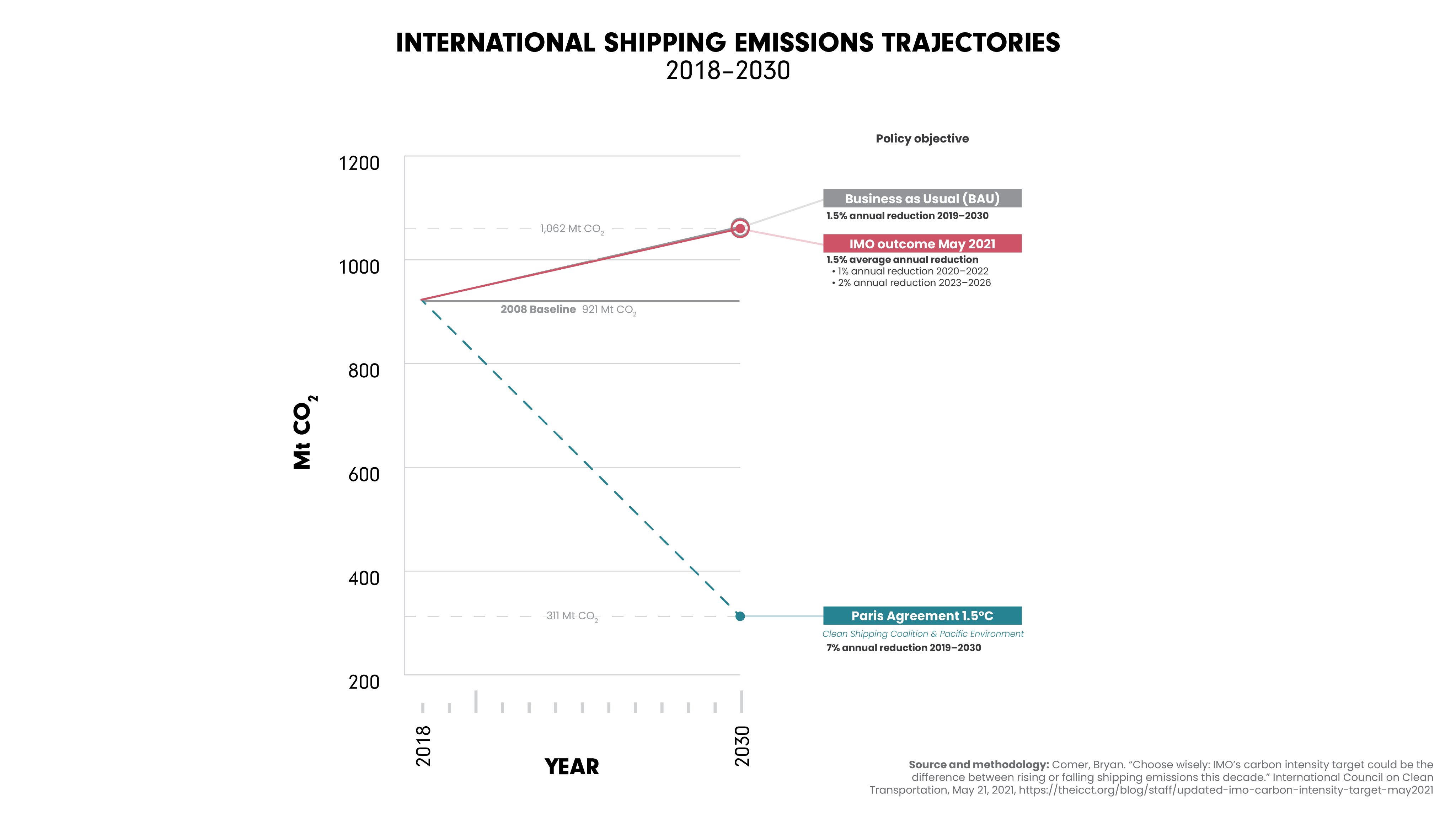 "[IMO] just adopted another greenwashing cosmetic measure for shipping," said Transport and Environment shipping director Faig Abbasov. "[It] is egregious how a United Nations organization could disregard the urgency of the climate problem so much and yet meddle in EU efforts to fill up the gap."

The outcome also drew criticism from shipowners' organization Shipping Denmark. "The result fails to provide a clear path towards the 40-percent [carbon intensity] goal in 2030, which many have already described as unambitious and an absolute minimum," said the organization's executive director for environment Maria Skipper Schwenn, speaking to ShippingWatch.

A closely-watched proposal for a $100 per tonne bunker tax brought by the Marshall Islands was voted down. Negotiations at MEPC 76 are set to continue through Thursday.